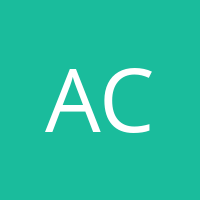 by
Ananya Chowdhury
My articles My books
Follow on:
Summary:
There are two types of people in the world. One to whom the conception of Medieval Iceland as a stateless nation appears to be a Hobbesian nightmare, the other who considers it a Nozickian dream. The problem is that Icelandic society from the late ninth century classifies itself into neither category of convenience.The structure of Icelandic society was two-fold. There was a strong community of people with shared norms, values and source of income—culminating in a nation—and following from this there was no executive branch. It was a phenomenon most poetically described by the 11th-century historian Adam von Bremen when he said that Icelandic society had ‘no king but the law’. It was a decentralised order, but it’s a mistake to believe that this means chaos or confusion. Iceland was

A ban always does mean people want the thing being banned

Oxfam demands that we all get much poorer right now

It’s such fun watching a myth being created

There are two types of people in the world. One to whom the conception of Medieval Iceland as a stateless nation appears to be a Hobbesian nightmare, the other who considers it a Nozickian dream. The problem is that Icelandic society from the late ninth century classifies itself into neither category of convenience.

The structure of Icelandic society was two-fold. There was a strong community of people with shared norms, values and source of income—culminating in a nation—and following from this there was no executive branch. It was a phenomenon most poetically described by the 11th-century historian Adam von Bremen when he said that Icelandic society had ‘no king but the law’.

It was a decentralised order, but it’s a mistake to believe that this means chaos or confusion. Iceland was complex and small but its rules were real and are not easily dismissed as a crude privatisation of government of the kind Jared Diamond says would be ‘beyond Ronald Reagan’s wildest dreams.’ It is fair to say, though, that there was no state, in the sense that we are familiar with today.

Iceland’s unique geography, culture and population all play into how property developed, and we ought to be dubious that it could be copied in our modern, vastly populated and interconnected world today. Its geography, relative to where its initial inhabitants arrived from (Norway) may have been more fertile and thus more attractive for a largely agricultural economy. The population of c. 25,000 made it possible for more coordinated conflict resolution and a homogenous culture, an idea supported by the theory of Dunbar’s optimum number which explains why they preferred kinship over kingship. But that’s not to say there aren’t lessons to be learned.

Here I explore three approaches to medieval Icelandic society, each one offering a unique perspective on the dynamics of such a complex arrangement.

Kropotkin’s ideas regarding mutual aid institutions are a helpful but insufficient perspective on Icelandic society. He maintained that self-sacrifice and loyalty to a common cause and concern for the well being of the whole are advantageous. Communities which were sociable and therefore interdependent on each other were the most successful in the struggle for survival.

Kropotkin's rejections of the Hobbesian state of nature as ‘nasty, brutish and short’ is largely evident by the lack of an executive arm of government in Iceland. Nonetheless, it is simplistic to assume that the reason there was a relatively peaceful and sustainable society was that they avoided competition by maintaining self-sacrifice.

During most of the Icelandic commonwealth period (930 - 1262 AD), Iceland was a far more independent society in which members chose to live competitively. After all, they fled from the relatively centralised reign of Harald Fairhair, King of Norway. Fairhair, in conformity with western European ideas of the time, tried to govern as the other kings had done on the continent and in the East. In doing this he deprived many local chieftains of their landed property which they perceived their heritage gave them the exclusive rights to.

Competition was evident in their political system by the relationship between the ‘godi’ and his ‘thingmen’ (those that followed the godi). This was a contractual relationship but they did not require submission in a feudal sense, as the ‘thingman’ was free to transfer his allegiance to another ‘godi’, reducing the principal-agent problem. Lineage, not the household, was the standard unit of society—though this was weakened by family ties breaking from travel from Norway to Iceland.

Iceland’s distance from Norway created a level of independence, that meant its society had to stand on its own two feet. When it needed aid they could not rely easily on neighbouring states. They developed a system of claims, where wrongdoings created fines and these could be exchanged. In effect, a market for aid based on past behaviour—not one based on territory or ancestral allegiance.

Kropotkin’s ideas are helpful in understanding how Icelanders allowed for social welfare in society. Charity was not systemic but became increasingly so with the conversion to Christianity in 1000 BC. Instead, it was provided by the ‘hreppr’, a form of communal organization (though note: not communal property ownership) and operated mainly through duties arising from lineage. All members of the ‘hreppr’ were obliged to attend three meetings a year, they did not receive any payment for their work and the right to vote was the privilege of the farmers paying tax. Those that did not pay alms to the poor  (called ‘omagis’: those unable to work) were punished.

Nevertheless, the competitive nature of Icelandic society is evident as beggars and vagabonds were not allowed to receive charity, those in the ‘hreppr’ that maintained people from outside the commune were punished. The reasoning was that not only had they no fixed domicile (so it was unclear who was responsible for them), but they withheld from society their much-needed manpower, and caused social problems.

While mutual aid is evident in providing forms of social welfare, evidence for communal land ownership is yet to be found in fiery sagas such as the Laexdaela and Njal’s saga which demonstrate a competitive yet cooperative community. The Njal’s saga provides an intriguing story defending family honour, but it arises from competition and private market systems. The arrival of extended families together is understandable (presumably so travel to Iceland from Norway was safer) but large families travelling together may not always correlate to communal property ownership.

Friedman’s preferred unit of analysis of medieval Iceland is its legal system which has origins in its systems of private property ownership, however, his analysis fails to consider the importance of communal organisations such as the ‘hreppr’.

Political leaders competed for non-territorial jurisdictions, thus political power was over people rather than land, and crucially - marketable - so seats in the legislature could -quite literally- be bought. The government, as we would understand today, was not very political (in the sense that they did not have much power) perhaps they had understood the virtues of public choice theory before us. This system helped to ensure that subjects were consumers so their leaders; ‘godi’ had to win over their loyalty thus a leader rife with corruption and abuse would simply lose followers.

Furthermore, the system of property rights in relation to the law ensures that the weak are not always defenceless and the rich are not always immune to consequences from their wrongdoings. Those who could not prosecute or enforce a verdict could sell the claim to another who did and who expected to make a profit in both money and reputation by winning the case and collecting the fine.

As with Ostrom, Friedman provides evidence from the sagas which emphasise the cultural norms which governed the society and made it conducive to sustaining the system of property rights.

“ Conflict between two groups has become so intense that open fighting threatens to break out in the middle of the court. A leader of one faction asks a benevolent neutral what he will do for them in case of a fight. He replies that if they are losing he will help them, and if they are winning he will break up the fight before they kill more men than they can afford!”

This arises from the ‘feud’ system; a system of private law whereby the threat to harm is more believable if you have harmed a member of the society than if you have not. Those who died must be paid for, demonstrating a strong spirit of individual responsibility in the society.

Although the reliability of the sagas is questionable, they are more useful than many give them credit for. Most of the sagas were written during or after the Sturlung period, the final violent breakdown of the Icelandic system in the 13th century and so are seen by many as evidence for a largely violent society. However, even during this supposedly violent period, the sagas still demonstrate the cooperative nature of the society; the death rate then, is comparable to the rate currently in the US.

An approach using Ostrom’s seminal work; ‘Governing the Commons’, is centred around common-pool resource property arrangements. Though not intended to be projected retrospectively to previous societies, her work allows for further exploration between the usual public-private dichotomy when examining Icelandic society.

Ostrom opposes both the ‘Leviathan is the only way’ dogma on the left and the free market technocrats on the right. Instead, she emphasises a middle ground whereby decision making is taken at very low levels. This explains the occurrences of the ‘hreppr’ (communal organisations which may have arisen from neither public nor private property ownership) and why such systems which were not private could still have well defined rights and responsibilities.

Her empirical study focuses on societies vastly different from medieval Iceland, nonetheless, the lack of a centralised system in the fishery of 1970s Alanya, Turkey provides some insight as to what life could have been like in medieval Iceland. National legislation that has given cooperatives jurisdiction over ‘local arrangements’ has been used by cooperative officials to legitimise their role in helping to devise a workable set of rules. Albeit a lack of an executive branch of government, customary laws or risk of being outlawed from Iceland may have encouraged such a system of mutual cooperation.

Medieval Iceland has many lessons for us today. One is of the importance of decentralised systems of power; from the hreppr, to the system of courts, the only ‘King’ was the consumer. The advancement of technology can help to coordinate localities to make such a system easier to implement. Additionally, turning criminal offences into civil ones where victims could transfer their claim then victims would have a greater incentive to bring the criminal to justice. This would help in overcoming the public good aspect of criminal enforcement. Though this is not a panacea to solve the array of problems that come with very centralised governments, it reminds us that keeping leaders on a short leash and economic freedom go hand in hand.

The medieval Icelandic state outlasted the United States by 106 years (the U.S. had its first civil war after c. 80 years of its birth) and had incredibly civilised and complex societies. Exploration of this fascinating society from different perspectives allows for both rigorous analysis of their political philosophies and even ideas for policy prescriptions today.

My articlesMy books
Follow on:
Previous Stasi – the East German secret police
Next Why not do this anyway, Brexit or not?