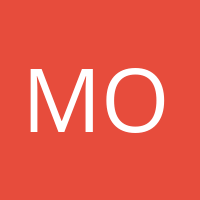 by
Melissa Owens
My articles My books
Follow on:
Summary:
The idea of a carbon tax has been previously addressed on this blog by Tim Worstall [here, here, here, here, and here]. He’s already covered the economic arguments behind why the carbon tax would correct the market failure of negative externalities from pollution, incentivise innovative solutions to climate change, and reduce the environmental damage of an atmospheric buildup of CO2.But it’s not like taxing carbon is a brand new idea. Plenty of countries have instituted forms of carbon tax, including Australia, British Columbia, Canada, and the UK itself. So just how successful have these initiatives been? Let’s start with Australia, which passed a carbon tax scheme on 1 July, 2012 despite heavy public and partisan opposition, with the intention of moving to a more market-based emissions

Tyler Durden writes What Is The Real Purpose Of The Lockdowns?

An interesting question concerning Boohoo and the Leicester factories

The market has spoken – Open the UK to American foods

The idea of a carbon tax has been previously addressed on this blog by Tim Worstall [here, here, here, here, and here]. He’s already covered the economic arguments behind why the carbon tax would correct the market failure of negative externalities from pollution, incentivise innovative solutions to climate change, and reduce the environmental damage of an atmospheric buildup of CO2.

But it’s not like taxing carbon is a brand new idea. Plenty of countries have instituted forms of carbon tax, including Australia, British Columbia, Canada, and the UK itself. So just how successful have these initiatives been?

Let’s start with Australia, which passed a carbon tax scheme on 1 July, 2012 despite heavy public and partisan opposition, with the intention of moving to a more market-based emissions trading scheme in 2015. It set a price at AUS $23 (£14.8) per tonne, not applicable to road transport or agriculture. The then-Labour government reduced income tax, increased welfare payments, and introduced forms of compensation for heavily-hit industries and households to offset higher costs for consumers, all powered by the revenue gathered from the new tax. It had an extremely short lifespan, however, being repealed in July of 2014 after the opposing Liberal Party won on promises to ‘axe the tax!’. The scheme has been replaced with a much less encompassing ‘Safeguard Mechanism’ in which a voluntary scheme of emissions reduction credits and observation aim to reduce emissions through a much more subtle approach.

So did it work? Well, kind of. Overall, emissions dropped by 0.8% in the first year and 1.4% in the second year, the latter being the largest emissions decrease experienced in a decade. Just in 2013, emissions from companies reduced by 7%. However, energy increased, the government that scrapped the tax argued any reductions were attributable to declining industry, as emissions were decreasing before the tax began, and public concern for the environment was at an all-time low of 36%. The Energy Users Association of Australia maintains that “it cannot be said that pricing emissions...reduced emissions in stationary energy to any meaningful extent". So it’s a bit of a toss-up.

Canada, meanwhile, was lauded by environmentalists as visionary, when Prime Minister Justin Trudeau passed legislation in December 2018 that imposed a federal carbon tax across four provinces which had thus-far failed to create sufficient environmental plans. However, such new legislation has had little time to take effect, so let’s look at a province which took this path years ago. British Columbia instituted a carbon tax scheme in 2008, headed by the BC Liberal Party. Beginning at CAD $10 (£5.43) in 2008 and increasing to CAD $40 (£24.91) this past April, it “applies to the purchase and use of fossil fuels and covers approximately 70% of provincial greenhouse gas emissions”. A decade on, per capita emissions have decreased 14%. While it did increase energy prices, with gas rising by up to $0.19 per gallon (approx. £0.3 per liter) the first year, it worked exactly as carbon tax advocates said it would. People drove less, businesses invested in renewable energies and energy-efficiency. By 2015, only 32% of citizens opposed it, and the business community largely held a favourable opinion. Significantly, the province actually returns more money to taxpayers in the form of corporate and personal income tax cuts and tax credits distributed to low-income families ($1.7 billion) than is actually generated in revenue ($1.2 billion) from the tax. In terms of tax schemes, a success.

And so, back home. The UK has a form of carbon tax, and has done for a while. The Fuel Duty Escalator (FDE) was in place from 1993 to 2000, then in 2005 the UK signed on to the EU’s Emissions Trading Scheme (ETS). However, the ETS was not seen as placing big enough prices on carbon, with permits for additional carbon being as cheap as 2.81 euros per tonne. On 1st April, 2013, the Carbon Price Floor was introduced “to underpin the price of carbon at a level that drives [the] low carbon investment” that the ETS had so far failed to do. The Carbon Support Price (CSP) was added on top of the ETS allowance prices to reach CPR levels. The current CPF is £18 per tonne of CO2 is frozen until 2021. Recently, it was announced that the UK would continue with carbon taxes even in the case of a no-deal exit from the EU on 31 October.

So, has it worked? Well, the UK’s use of renewable energy has increased, with 11.5% of energy in 2016 coming from wind, compared with only 9.2% from coal, which is the first time coal has been so eclipsed as an energy source since 1935. In March of that year, “coal generation fell to zero for the first time since public electricity supply started in 1882”, and in 2017, total carbon emissions in the UK fell to levels last seen in 1890. The fact that the CPF doubled in 2015 may have had something to do with this.

There seem to be three key features of successful carbon tax schemes. The first is that, in the initial stage of planning and initiating, there must be bipartisan support. Australia’s tax was pushed through by the Labour government, leaving it all too easy for the consecutive government to win on an ‘axe the tax’ platform that highlighted any price increases or additional difficulties imposed on businesses. However, in the UK, when a tax scheme was spearheaded by a right-leaning leader, bipartisan support ensured more public acceptance of the scheme and a longer life span.

Secondly, the price of the tax must be set high enough to make an impact and accurately reflect the social cost of carbon emissions. The UK specifically chose to add a tax in addition to the ETS scheme, and it was only after that increase that businesses started evolving and investing in energy efficiency and renewables and emissions declined significantly.

Lastly, a ‘revenue neutral’ approach is necessary, meaning revenue gathered by the tax is used to offset any negative impacts: especially those imposed on the lowest-income households and carbon-intensive businesses. The global financial crash hit a mere 2 months after B.C. first instituted its carbon tax, yet the tax survived and even the poorest households received cuts and repayments to make up for increased energy prices.

However, there are questions regarding how far a tax can feasibly be taken without losing public or business support, and how much of a substantial impact it can actually make. Some researchers estimate a tax of even $73 per tonne would be insufficient to make a substantial climatic impact, and while $100+ per tonne just might do it, the likelihood of this happening in real life is very low.

My articlesMy books
Follow on:
Previous The end of Prague Spring brought no summer
Next The teenage minimum wage debate

Cheryl and Cliff Pia on the Economics of Creativity