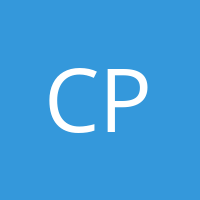 by
Charlie Paice
My articles My books
Follow on:
Summary:
The clapping, the local action groups, the street WhatsApp groups. For a country that’s been told we’ve been made into selfish atomised individualists by the free market, it turns out we can be quite community minded when it comes to it. The strengthening of old community ties, albeit using new technologies, will be a silver lining of the otherwise wretched COVID-19 crisis.Civil society’s response to COVID-19 has not only provided urgent support to those in need but has also helped forge new ties. The establishment of my street’s group chat has introduced us to new neighbours for the first time since that one-off 2012 street party. Indeed, it looks as if it is a feature to stay - early in the lockdown my family were delighted to see a house a few doors down sharing the birth of their baby

Tyler Durden writes Shipments Of 20,000 Fake IDs From China Seized By Feds Ahead Of Election

Tyler Durden writes Chinese National Arrested Illegally Entering The US With Over ,000 Worth Of Gold Bars

They’re still not understanding the economics of planning reform

To complain about the problem you’re complaining about being solved

We’ve been waiting for this other shoe to drop

The clapping, the local action groups, the street WhatsApp groups. For a country that’s been told we’ve been made into selfish atomised individualists by the free market, it turns out we can be quite community minded when it comes to it. The strengthening of old community ties, albeit using new technologies, will be a silver lining of the otherwise wretched COVID-19 crisis.

Civil society’s response to COVID-19 has not only provided urgent support to those in need but has also helped forge new ties. The establishment of my street’s group chat has introduced us to new neighbours for the first time since that one-off 2012 street party.

Indeed, it looks as if it is a feature to stay - early in the lockdown my family were delighted to see a house a few doors down sharing the birth of their baby in the group, an event that would have passed almost completely unnoticed under normal times.

It’s not just about local groups. I’ve also enjoyed seeing a number of old school friends get back in touch. Many are making the extra effort  to look out for each other's mental health challenges and loneliness in lockdown.

Spontaneous order is not just a phenomenon of the market. Community ties organically spring almost from nowhere. Government programmes on the other hand, tend to be hopeless at artificially creating community. Despite David Cameron’s best intentions and efforts to pursue a ‘Big Society,’ his top-down approach achieved little compared to the organic community that has formed because of this crisis. You can only imagine the cataclysmic failure that would have resulted if the local authority had tried to establish these group chats or a government department to develop WhatsApp. It’s definitely not hard to after watching the recent debacle over the NHS track and trace app.

Yet as the country emerges from lockdown, there is a huge risk that too much state interference and direction will undermine this newfound solidarity, replacing it again with individual apathy.

These groups and networks arose out of a large problem. There was a gap in services, delivering food to those who needed to be shielded or checking up on others’ mental health as they spent weeks on end isolated at home. Community action has responded better than any governmental programme could. There has been little bureaucracy. People have gotten done what needed to get done.

‘But wait!’ You cry. ‘What about that army of 750,000 volunteering for the NHS? That’s state led and centralised.’ While the willingness of those signing up has been amazing and indeed inspiring, this was still in response to another perceived hole in state provision. Moreover, it has emerged as a brilliant case in point in the inefficiencies and failures of such a centralized system. Some recruits were overburdened with 8 tasks per week while the vast majority have been given no referrals at all and have become increasingly frustrated by it.

Yet this increasing centralisation could cause even more damage in the charity sector after the crisis. In early April, the Chancellor announced a £750 million package, half targeted at hospices and domestic abuse centres and the other half bound for local charities including through the National Lottery Community fund. With charities facing a large funding black hole at the beginning of the crisis, just as their work was most crucial, a small bailout in addition to the other support packages was indeed sensible. However, with the Chancellor planning to offer this help ‘into the future as we come out of this crisis’ there is a huge risk that temporary measures become the new status quo, to the detriment of our charity sector and civil society.

Reliance upon taxpayer money rather than donations risks the assimilation of charities into quasi non-governmental organisations - the extreme of which leads to the nationalisation of public conscience and philanthropy. Replacing the compassionate act of giving, either in form of time or money, with funding through taxes will inevitably result in a greater loss of public spiritedness.

This shows the importance of achieving a strong economic recovery. Growing the economy out of recession will allow the British people once again to afford to give to charities they deem worthy and effective, rather than leaving government bureaucrats to decide their favourites.

The debate over the state’s role in strengthening civil society and communities, the so called “Third Pillar” (the other two being the market and the state), is only likely to grow louder after Covid-19. Devolution of power downwards is regarded by most as crucial at making people more engaged in politics.

Of course this means real devolution, giving powers down to mayors, councils and parishes, not the current kind simply indulging the desires of nationalists, salami slicing off more powers to their own highly centralised governments. Yet even with proper devolution it is important to remember there is little community in local authorities of tens, or more commonly, hundreds of thousands of people.

This pandemic has served as a healthy reminder that people have the heart and abilities to come together without direction from the state. Communitarians, who advocate a more active government involved in communities and charities, should be reminded of the anthropologist’s Edward Banfield’s research.

His work in Southern Italy showed how deprivation mixed with an overreaching (and incompetent) state helped contribute to a decline in the ‘social capital’ that many of those yelling for a more active government claim to want.

Prominent Indian economist Raghuram Rajan commented in his recent book, The Third Pillar, how ‘the misplaced expectation that the ghost of the inefficient government will eventually appear and do the job crowds out what little private initiative there is.’

The dark truth might be that we often look to the government to solve these problems, because we are reluctant to take responsibility for these things ourselves.

We see the problem of not knowing the people on our street, the elderly feeling forgotten, or a lack of support for the vulnerable and expect the state to swoop in as some deus ex machina and solve it. COVID-19 has seemed to change this. Maybe it's because with the Government panicking to save the NHS we knew the rest was up to us, or maybe, when faced with a crisis, we decided to come together and finally take some responsibility. Either way, it has involved a greater level of humanity and solidarity, and nowhere near the amount of bureaucracy, than if it had been led by state officials.

As the restrictions are lifted and we once again venture out of our homes we will all be grateful for the community networks that remain. But caution should be applied towards ideologies who desire to organise and force these connections more centrally. We would do well not to lose faith in the capability of our little platoons, as Edmund Burke classically described. We should cherish the organic communities that form not only around physical localities but also as secondary benefits from churches, workplaces, schools, hobby groups, and even in the modern age, online. And maybe we will have learnt that it is up to us to make these networks and institutions thrive rather than a bureaucratic government.

My articlesMy books
Follow on:
Previous We must abolish taxation and rely purely upon charity
Next Towards a valuation of Facebook

We must abolish taxation and rely purely upon charity