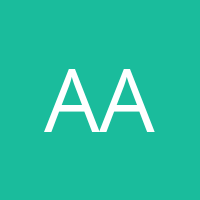 END_OF_DOCUMENT_TOKEN_TO_BE_REPLACED

Oldie-But-Baddie: The Revival of an Antitrust ‘Efficiencies Offense’? | Truth on the Market

Recent antitrust forays on both sides of the Atlantic have unfortunate echoes of the oldie-but-baddie “efficiencies offense” that once plagued American and European merger analysis (and, more broadly, reflected a “big is bad” theory of antitrust). After a very short overview of the history of merger efficiencies analysis under American and European competition law, we briefly examine two current enforcement matters “on both sides of the pond” that impliedly give rise to such a concern. Those cases may regrettably foreshadow a move by enforcers to downplay the importance of efficiencies, if not openly reject them.

Not long ago, economically literate antitrust teachers in the United States enjoyed poking fun at such

END_OF_DOCUMENT_TOKEN_TO_BE_REPLACED

The Federal Trade Commission (FTC) on Dec. 2 filed an administrative complaint to block the vertical merger between Nvidia Corp., a graphics chip supplier, and Arm Ltd., a computing-processor designer. The press release accompanying the complaint stresses the allegation that “the combined firm would have the means and incentive to stifle innovative next-generation technologies, including those used to run datacenters and driver-assistance systems in cars.” According to the FTC:

Because Arm’s technology is a critical input that enables competition between Nvidia and its competitors in several markets, the complaint alleges that the proposed merger would give Nvidia the ability and incentive to use its control of this technology to undermine its competitors, reducing competition

END_OF_DOCUMENT_TOKEN_TO_BE_REPLACED

President Biden’s Nov. 17 letter to the Federal Trade Commission (FTC), asking it to investigate “whether illegal conduct is costing families at the pump,” is nothing new. It is in line with decades of political complaints that anticompetitive behavior by big oil and gas companies causes high gasoline prices. Based on past experience, however, it is highly unlikely that the FTC will find that big oil antitrust conspirators are guilty of fleecing the public. Rather, global market forces and government regulation are almost certainly the real culprits.
Less Domestic Oil Supply, More Regulatory Constraints
The petroleum market is an international one, and global fluctuations in crude oil supply and demand directly affect gasoline

END_OF_DOCUMENT_TOKEN_TO_BE_REPLACED

There has been a rapid proliferation of proposals in recent years to closely regulate competition among large digital platforms. The European Union’s Digital Markets Act (DMA, which will become effective in 2023) imposes a variety of data-use, interoperability, and non-self-preferencing obligations on digital “gatekeeper” firms. A host of other regulatory schemes are being considered in Australia, France, Germany, and Japan, among other countries (for example, see here). The United Kingdom has established a Digital Markets Unit “to operationalise the future pro-competition regime for digital markets.” Recently introduced U.S. Senate and House Bills—although touted as “antitrust reform” legislation—effectively amount to “regulation in disguise” of disfavored business activities by

END_OF_DOCUMENT_TOKEN_TO_BE_REPLACED

Overly Aggressive Antitrust Enforcement Hinders American Technological Leadership and Threatens National Security
As companies from around the world develop the technology and standards for 5G mobile devices and networks, American companies are under threat by aggressive antitrust enforcement that ultimately redounds to the benefit of these foreign companies, which are economic competitors in countries that are also military competitors of the U.S.  Over the past five years, foreign governments, particularly in Asia, have subjected U.S. companies to antitrust investigations that failed to follow basic norms of the rule of law, such as providing basic due process protections.14 These antitrust investigations were a thinly-disguised effort by these countries to force the

END_OF_DOCUMENT_TOKEN_TO_BE_REPLACED

What if Copyright Law Does Not Protect Against Theft by State Actors?
Many Americans expect that our copyright laws were enacted to protect their creative output.  This is true when it comes to individual pirates.  However, it is no longer the case when a state actor is the one stealing a copyrighted work, as evidenced by the following illustrative examples of state copyright infringement.
A. Michael Bynum
By way of illustration, consider the struggle of author Michael Bynum to protect his written work from online piracy by a state university.  Bynum is an author and editor of numerous sports history books.  He also owns a publishing company.  He invests time researching, collecting and reviewing documents, conducting interviews, and editing content created by writers

END_OF_DOCUMENT_TOKEN_TO_BE_REPLACED

The emerging antitrust frontier is set to change dramatically the way competition is regulated, and it is being shaped by a confluence of forces — including increased attention from Congress to antitrust issues and a renewed appreciation for the power antitrust laws can wield to control economic players; unconventional coalitions forming to use antitrust as a way to attack so-called “big tech” and other industries seen as posing either economic, social, or political threats; and the incoming Administration’s appointments at the Department of Justice (DOJ) Antitrust Division and the Federal Trade Commission (FTC) aggressively, sweepingly, and quickly pursuing campaigns to upend decades worth of antitrust legal precedents and grounding principles.  This Study Group features

END_OF_DOCUMENT_TOKEN_TO_BE_REPLACED

A worker assembles a box for delivery at the Amazon fulfillment center in Baltimore, Md., April 30, 2019. (Clodagh Kilcoyne/Reuters)The proposals toss antitrust’s proper concern to the side and focus exclusively on the market’s biggest actors.
The battle against bona fide competition in the U.S. continues apace. A new antitrust proposal in the Senate, named the “American Innovation and Choice Online Act,” would punish the largest platforms and technology companies for conduct that has been benefiting consumers since goods began to be sold in stores. Under this bill — and its companions in the House — store brands, self-advertising, and large savings at checkout would be found to violate antitrust laws, punishable with fines of up to 15 percent of the company’s revenue.

END_OF_DOCUMENT_TOKEN_TO_BE_REPLACED

Addressing Anticompetitive Conduct In Pharmaceutical Markets: Antitrust Enforcement Is Robust and Effective, but Additional Market-Oriented Legal Reform Would be Helpful

US Senate Committee on the Judiciary, Subcommittee on Competition Policy, Antitrust, and Consumer Rights
A Prescription for Change: Cracking Down on Anticompetitive Conduct in Prescription Drug Markets
July 13, 2021
Chair Klobuchar, Ranking Member Lee, and distinguished members of the Subcommittee on Competition Policy, Antitrust, and Consumer Rights:
My name is Alden Abbott, and I am a senior research fellow at the Mercatus Center at George Mason University. My research focuses primarily on antitrust and competition policy. I formerly served as general counsel of the Federal Trade Commission (FTC) and as a senior manager in the FTC’s Bureau of Competition. I have also served in the Antitrust Division and Office of Legal Counsel at the US Department of Justice (DOJ). I welcome the

END_OF_DOCUMENT_TOKEN_TO_BE_REPLACED

There are recent indications that the Federal Trade Commission (FTC) is seriously contemplating promulgating rules that address competition issues, specifically rules that define particular unfair methods of competition. The FTC has extensive experience in issuing consumer protection rules. FTC regulation of competition through rulemaking, however, would be at odds with a long American tradition of relying on case-by-case antitrust adjudication, rather than rulemaking, to deal with practices that harm the competitive process.
This longstanding history of avoiding a regulatory approach to antitrust enforcement counsels caution. Before proceeding with competition rulemaking, the FTC should carefully consider whether the benefits of such rulemaking would outweigh the costs, given the

END_OF_DOCUMENT_TOKEN_TO_BE_REPLACED

The Globalization of Antitrust

Although antitrust laws were first enacted in the United States, today almost all nations have adopted “competition laws,” as they are generally known. In “The Globalization of Antitrust: History and Prospects,” Alden Abbott argues that the spread of these laws has benefits and risks. Washington should engage with multilateral institutions and other countries to promote antitrust policies that advance economic growth and innovation.
Putting US Consumers First
Antitrust laws are designed to curb efforts by firms to reduce competition in the marketplace or to create monopolies. Since the mid-1990s, US antitrust policy has been guided by a bipartisan consensus that consumer welfare is the chief consideration. Under this consumer welfare standard, aggressive competition that promoted expansion

END_OF_DOCUMENT_TOKEN_TO_BE_REPLACED

Alden Abbott argues against the theory of anti-trust law and policy that underlies Sen. Amy Klobuchar’s new legislation. Read more at Truth on the Market.

END_OF_DOCUMENT_TOKEN_TO_BE_REPLACED

US Antitrust Laws: A Primer

US antitrust laws, broadly speaking, aim to curb efforts by firms to reduce competition in the marketplace or to create or maintain monopolies. These laws proscribe certain mergers and business practices in general terms, leaving courts to decide in specific terms which mergers and practices are illegal based on the facts of each case. Courts have applied the antitrust laws to changing markets, from a time of horses and buggies to the present digital age. Yet for many years, US antitrust laws have had the same basic objective: to protect the process of competition for the benefit of consumers, making sure that businesses have strong incentives to operate efficiently, keep prices down, and keep quality up. Though imperfect in application (like all legal institutions), the modern

END_OF_DOCUMENT_TOKEN_TO_BE_REPLACED

James Madison favored strong patent laws, and policymakers today can still learn from him as they craft antitrust policy. Read more at IPWatchdog.