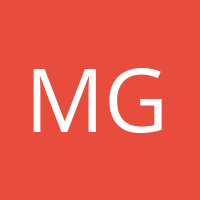 My time at the Adam Smith Institute comes to an end today.I’ve only been here for a short time, but I’ve learnt ridiculous amounts and made friends for life.The Adam Smith Institute is one of the smallest teams in Westminster and yet consistently features at the highest level of political discourse, achieves amazing victories on policies which make everyone better off and freer, and has a laugh whilst doing so.My time has been spent (mainly) learning from Matt, cheerleading Morgan, bromancing with Dan, having my wetter opinions challenged by Matthew, and in turn trying to convert Charlie and Julia to republicanism. On top of that, though, I’ve worked on delivering the biggest conference programme in recent ASI history. Oh yes, and I edited and published the Neoliberal Manifesto, which set

END_OF_DOCUMENT_TOKEN_TO_BE_REPLACED

Sometimes, the SNP get it right

Scotland has become the first country in the UK to ban disciplining your child. Too right.Naturally, the pro-smacking children lobby (Brendan O’Neill and friends) is up in arms at the awful political correctness of the whole thing – and says being disciplined as a child helped him develop self-control. Last week, he went on national television and called for riots because the current state of British politics upsets him. Donnelly & Strauss (2005) define disciplining your child (of the kind that has been outlawed) as ‘the use of physical force with the intention of causing a child to experience pain, but not injury, for the purpose of correcting or controlling the child’s behaviour.’ The Brendan O’Neill’s of the world are rallying against it for reasons of individual liberty – parents

END_OF_DOCUMENT_TOKEN_TO_BE_REPLACED

After some great events at both Labour and Liberal Democrat Party conferences, we at the ASI have just wrapped up conference season with the Conservatives. On Monday we launched the Neoliberal Manifesto, a collaborative project with opinion platform 1828. An agenda for a freer, more prosperous Britain, our Head of Development Morgan Schondelmeier took to the stage alongside the Telegraph’s Helena Horton (chair,) London Assembly Member Andrew Boff, Head of Research at the Entrepreneurs’ Network Sam Dumitriu and founder of 1828 Jack Powell for a discussion on the manifesto – and the ideas we put forward. You can find the manifesto here.At 4pm, our Head of Research Matthew Lesh chaired a fascinating discussion on the future of aviation with John Penrose MP and representatives from Heathrow

END_OF_DOCUMENT_TOKEN_TO_BE_REPLACED

Off the rails – why incentives matter

Transport Secretary, Grant Shapps, was asked on Sky News whether giving franchises incentives to be punctual meant that they could lose their contracts for poor performance, or if bonuses were a possibility for on-time working.He answered: ‘If you don’t run trains on time, don’t pay them. If you do, then do pay them. So it’s a pretty straightforward thing. What’s happening at the moment … is they’re paid even when they don’t run trains on time and that is one of the reasons why we’ve ended up with a very dysfunctional system. It’s too fragmented.’Sounds pretty straightforward – but there’s been some level of backlash. Last week, I debated the comments in City A.M, with my opponent (Richard Hyde of the Social Market Foundation) calling the proposal to give firms who run on time bonuses

END_OF_DOCUMENT_TOKEN_TO_BE_REPLACED

The myth of Cuban healthcare

The Cuban Healthcare MythBy Matt Gillow, Research Associate at the Adam Smith InstituteOn the 9th September, the ASI welcomed Cuban journalist and academic, Boris Gonzalez Arenas, speaking to us about his homeland – so often portrayed as content by socialists – where the Castro regime has for decades shut down dissent and held back development.I visited Cuba last summer, and it really is one of the most naturally beautiful countries in the world – with such a rich history. In Havana, it’s clear that something is bubbling amongst the younger generation, who are ready to challenge the status quo. But there’s something sad about visiting Cuba – it’s a country held back by a regime hellbent on appropriating the products of hard-working farmers, squashing opposition, and communism as a means to

END_OF_DOCUMENT_TOKEN_TO_BE_REPLACED

The future of freeports

In 1983, 36 years ago, Dr Eamonn Butler and Dr Madsen Pirie, founders of the Adam Smith Institute, wrote Free Ports. 3 years later, Dr Butler co-authored Free Ports Experiment. In 1981, the ASI had proposed freeports for the UK – and six were established – but their chances of great success were scuppered from both sides by the EU and HM Treasury. The European Union steadfastly refused to ease any of their choking regulations – and the UK Treasury, similarly, refused to ease VAT or tariffs. According to Dr Madsen Pirie in the Spectator today, ‘the freeports were effectively just reduced to being bonded warehouses, where goods could be stored, and only be taxed when they left.’The Adam Smith Institute has long been clear that this isn’t what freeports should be about. Freeports could, and

END_OF_DOCUMENT_TOKEN_TO_BE_REPLACED

We’re in the midst of a CBD boom in BritainEveryone is talking about cannabidiol. Extracted from cannabis plants, CBD doesn’t have the psychoactivity of THC – CBD’s close cousin. In October 2016, the Medicines & Healthcare Products Regulatory Authority (MHRA) re-classified CBD in the UK as a medicinal ingredient – and people from all demographics are getting stuck into the new craze. There is some concern that the MHRA’s current regulation of CBD, however, is too strict. The overly tight guidelines could, according to some in the industry, lead to CBD shortages as start-up companies struggle to cope with rigid guidelines. As always, it’s smaller suppliers and innovative start-ups which are hurt by tighter regulations – licenses to register CBD products as ‘traditional herbal remedies’ cost

END_OF_DOCUMENT_TOKEN_TO_BE_REPLACED

In Defence of Uber

It hasn’t been a great 18 months for Uber. Both Transport for London and Sadiq Khan indicated that they would prefer unions in the ongoing dispute; even the European Court of Justice waded in with attempts to regulate the disruptor.Despite the fact that Uber had been used over 2 billion times by the end of 2017, policymakers seem determined to inhibit the company’s growth.However, regulating Uber will not only have a detrimental effect on consumers, but also on its workers and the future of the gig economy in general. The ASI’s Sam Dumitriu opposed regulating Uber even before the feeding frenzy, warning that calls to treat drivers as employed staff rather than self-employed sole traders would harm those who are “looking for increased flexibility, the ability to be their own boss, to choose their own hours, and to be able to reject any job” – and that’s not to mention consumers who often rely on Uber’s lower pricing and tracking tech to ensure a safe ride home from work or a night out.Among those who criticise Uber, there is often a lack of consistency in their arguments. It is unreasonable to complain that Uber (or similar gig economy disruptors) are working to the detriment of workers’ rights. As I’ve previously mentioned, drivers have increased flexibility and set their own terms.