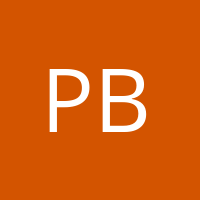 END_OF_DOCUMENT_TOKEN_TO_BE_REPLACED

Economics as a social science is about exchange and the institutions within which exchange relationships are formed and transactions are executed. Yoram Barzel’s contribution to economics and political economy reflect this focus on exchange and institutions. In this paper, I will sketch a theory of real-existing socialist economies from a property rights/public choice perspective. Then I present the puzzles in political economy that such a system confronted in attempting to create a prosperous, regenerating and competitive economic system. I then conclude with a short discussion of the future for a progressive research program in political economy that takes institutional change seriously.

END_OF_DOCUMENT_TOKEN_TO_BE_REPLACED

Freedom is crucial both in markets and for ideas.  For society to improve upon the human condition, there must be a free flow within both.  Drawing on the ideas of J.S. Mill, Immanuel Kant, F.A. Hayek, and other intellectual greats, this essay examines the intellectual connection between ideas and goods and how freedom of speech and commerce breaks down barriers.  This essay argues that freeing channels of speech and commerce keeps human behavior in check and sets the necessary foundation to better the human condition and that without a free flow of ideas and goods, society would be worse off.

END_OF_DOCUMENT_TOKEN_TO_BE_REPLACED

Ludwig von Mises’s Human Action may be the twentieth century’s best treatise of economics and political economy, but it’s hardly the best understood. Both fans and detractors have misconstrued the book’s emphasis on logical reasoning in the social sciences and its stress on ideas, rather than vested interests, as the prime mover of culture and politics.

END_OF_DOCUMENT_TOKEN_TO_BE_REPLACED

First, let me express my gratitude to Mikayla Novak for organizing and editing this symposia, and the very warm and generous remarks in the introduction on my book, F. A. Hayek: Economics, Political Economy and Social Philosophy, and to the various contributors who not only took great care in reading my book, but also in crafting their criticisms and suggestions for improvements in terms of my own exposition, or different directions the project could have been pursued. In so many ways I found myself agreeing with the identified weaknesses and even the promise of the alternative directions. For my sins of omission, as well as my sins of commission, that have been identified by my readers, I can only ask for forgiveness and promise I will try to do better.
Second, I would like to stress that

END_OF_DOCUMENT_TOKEN_TO_BE_REPLACED

The Four Pillars of Economic Understanding

Economists have worked for centuries to present their core lessons to the general public in ways that are accurate and reflective of its true implications for our lives.
Great economists, not always in the mainstream, have always known that economics is about the flourishing of human beings and the need for open societies that allow for experimentation, innovation, and the emergence of the order that only liberty can beget.
In The Four Pillars of Economic Understanding, Peter J. Boettke has made a genuine contribution, building on the works of the great minds of the past to provide a new and unique presentation for the current age.

END_OF_DOCUMENT_TOKEN_TO_BE_REPLACED

Wirth symposium: The Austrian School of Economics and the migration of tradition

On October 11–14, 2018 a group of seventeen scholars representing diverse disciplines of anthropology, economics, history, intellectual history, law, philosophy, political science, public policy, and sociology gathered at the University of Alberta’s Wirth Institute for Austrian and Central European Studies. The conference was made possible through the generous support of Alfred Wirth and the Mercatus Center at George Mason University, and was superbly organized by Joseph Patrouch, Director of the Wirth Center and his staff. The assistance of Ms. Karla Moran of the Mercatus Center is also gratefully acknowledged.
The conference sought to historically contextualize the Austrian School of Economics in its Viennese context and the migration of this intellectual tradition throughout Europe and

END_OF_DOCUMENT_TOKEN_TO_BE_REPLACED

The Four Pillars of Economic Understanding

Peter Boettke explains the four keys to economic understanding: truth and light, beauty and awe, hope, and compassion.
Read it at AIER.

END_OF_DOCUMENT_TOKEN_TO_BE_REPLACED

What Is Still Wrong with the Austrian School of Economics?

There are more scholars teaching and actively engaged in research associated with the Austrian School of Economics now than at any other time in its history. However, there is still something seriously wrong within the Austrian School and changes must be made both individually and collectively. In this piece, the author first discusses scientific progress with an emphasis on the individual behavior that is required to contribute to science, and the horizontal relationships that are required for the spread of ideas within a scientific community. Next, the author discusses the example of the Austrian school from 1950 to today in terms of these horizontal relationships within the profession and, in particular, in comparison with other mainline contributors during the same time period. The

END_OF_DOCUMENT_TOKEN_TO_BE_REPLACED

What is Right About Austrian Economics?

The Austrian School of Economics, pioneered in the late nineteenth century by Menger and developed in the twentieth century by Mises and Hayek, is poised to make significant contributions to the methodology, analytics, and social philosophy of economics and political economy in the twenty-first century. But it can only do so if its practitioners accept responsibility to pursue the approach to its logical conclusions with confidence and absence of fear, and with an attitude of open inquiry, acceptance of their own fallibility, and a desire to track truth and offer social understanding. The reason the Austrian school is so well positioned to do this is because (1) it embraces its role as a human science, (2) it does not shy away from public engagement, (3) it takes a humble stance, (4) it

END_OF_DOCUMENT_TOKEN_TO_BE_REPLACED

An Invitation to Inquiry

Over the past few weeks, the F. A. Hayek Program for Advanced Study in Philosophy, Politics, and Economics has released lectures by contemporary thinkers in Austrian economics on our podcast. Collectively, these lectures explore the continuing relevance of the Austrian school of economics as a progressive research program in contemporary economics and political economy.
First, Bruce Caldwell (Director, Center for the History of Political Economy, Duke University) discusses the differences between mainline and mainstream economics as well as the unorthodox areas of research that can be explored using the enduring framework of mainline economics. Second, Christopher Coyne (Associate Director, F. A. Hayek Program) uses this framework to explore the challenges associated with foreign

END_OF_DOCUMENT_TOKEN_TO_BE_REPLACED

Daring to Be Different

On October 6, 2016, the F. A. Hayek Program for Advanced Study in Philosophy, Politics, and Economics hosted “Thirty Years after the Nobel: James Buchanan’s Virginia Political Economy,” an event featuring Michael Munger, David Schmidtz, Barry Weingast, and Luigi Zingales, who shared their stories of Buchanan and expanded on his work.
I am a proud alumnus of George Mason University’s Department of Economics, where I was taught by James M. Buchanan and witnessed his winning of the Nobel Prize in Economics in 1986. In honor of this 30th anniversary, I’d like to reflect on Buchanan’s research program and his impact on the tradition of public choice and GMU.
I was a graduate student at GMU from 1984 to 1988, and so I was here when the rumors swirled in 1984 that Buchanan would be honored with

END_OF_DOCUMENT_TOKEN_TO_BE_REPLACED

'An Invitation to Inquiry' with Peter Boettke

END_OF_DOCUMENT_TOKEN_TO_BE_REPLACED

Liberalism correctly understood is little more than the persistent and consistent applications of the principles of economics of the affairs of men be they domestic or international. These include mutually beneficial exchange, the absence of political privilege, and toleration. The institutional precondition of these principles is the rule of law, private property, and freedom of contract. Since the collapse of communism, however, the gains in human progress that have followed from economic and political liberalization are being increasingly questioned and critiqued. To counter these criticisms of liberalism, I contend, requires tireless and varied iterations of the basic principles. In order to prevent the invisible hand of the market process from being captured by the visible hand of

END_OF_DOCUMENT_TOKEN_TO_BE_REPLACED

Don't Be a "Jibbering Idiot"

Economics, properly understood, makes sense of the complex web of historical relations that constitutes reality by utilizing economic theory. Economics without price theory is not economic theory, and measurement without theory isn’t empirically meaningful. However, graduate students are being increasingly trained in sophisticated procedures of optimization and statistical testing while remaining largely ignorant of economic theory as a tool for understanding economic history. This address is a renewed call for my fellow economists to instill in their teaching and training the beauty of economic theory, the empirical importance of economic thoery, and an understanding of economic forces at work to provide a golden key that unlocks the deepest mysteries of the human experience. Without

END_OF_DOCUMENT_TOKEN_TO_BE_REPLACED

Liberalism correctly understood is little more than the persistent and consistent applications of the principles of economics of the affairs of men be they domestic or international. These include mutually beneficial exchange, the absence of political privilege, and toleration. The institutional precondition of these principles is the rule of law, private property, and freedom of contract. Since the collapse of communism, however, the gains in human progress that have followed from economic and political liberalization are being increasingly questioned and critiqued. To counter these criticisms of liberalism, I contend, requires tireless and varied iterations of the basic principles. In order to prevent the invisible hand of the market process from being captured by the visible hand of