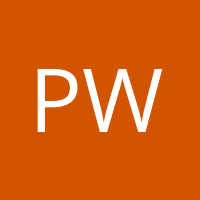 A lot can happen in thirty years. By the time of his death, Alexander the Great had carved out an empire stretching from Macedon to India. He had toppled kings, led armies and changed the known world forever. But the prospects for today’s twenty-somethings aren’t quite so rosy, and any odyssey across Eurasia is now rather out of the question. To a student in 2019, ‘thirty years’ has one connotation: the period after which any unpaid academic debt is written off. ‘Written off’ is the key phrase here. The fact of the matter is that at a cost of over £27,000 for one degree alone, coupled with a crippling six per cent interest rate outside Scotland, most student loans are quite simply impossible to repay. It’s not only young people that are losing out from this arrangement as a consequence;

END_OF_DOCUMENT_TOKEN_TO_BE_REPLACED

CANZUK — A bright future getting closer

140 years ago today, a man called Charles Tilston Bright achieved something remarkable. In the midst of the nineteenth-century age of innovation, he successfully laid a telegraph cable between Britain and South Africa, eliminating an eight-thousand mile journey and at a stroke making the world a notably smaller place. The world has changed since 1879, but the philosophy of connection, facilitating near-instant global collaboration and exchange, is an idea that still burns brightly today. Indeed, in this day and age we have more opportunities than ever before to bring formerly distant partners close to home. Britain has always been an outward-looking nation, and this is something that the new government appears to recognise in its proposals for post-Brexit foreign engagement. There has

END_OF_DOCUMENT_TOKEN_TO_BE_REPLACED

In 2015 the EU embarked on a landmark project to create a frictionless free market for digital services in the mould of the European Economic Area. The scheme, christened the Digital Single Market, is hoped to be complete by 2020 and may contribute up to €415 billion per annum of economic growth, as well as increased competition and a shift in focus for the Single Market to embrace the digital future of the European economy.As Britain leaves the bloc, however, it is faced with the chance to return to its free-trade roots at a global, rather than a regional, level. The rationale behind the Digital Single Market may prove a key catalyst for this, as well as an opportunity to embrace free trade principles without the heavy taxpayer-funded bureaucracy that dominates the European

END_OF_DOCUMENT_TOKEN_TO_BE_REPLACED

Technology in the driving seat: how competition can end car accidents

Driverless cars seem to be, if you’ll pardon the pun, rather a stop-start issue. It’s evident to most people with an interest in the sector that a driverless world is eminently possible, and might serve to combat the 94% of accidents caused by human error. But various obstacles still lie in the way of this technology, not least the drag factor on commercial viability provided by the fact that at present, consumers simply prefer to drive.To make self-driving cars a commercial possibility, therefore, the impetus must come from manufacturers. Tax breaks birthed the diesel car, and by the same method manufacturers may be more inclined to develop technologies that integrate driverless car systems under the same algorithms, more or less eliminating the concept of a car crash

END_OF_DOCUMENT_TOKEN_TO_BE_REPLACED

The data will see you now: Algorithms and the NHS

Much is made of the staff shortages that the NHS may suffer after Britain’s departure from the European Union. Whilst falling European migration is an issue that may be resolved by opening up to more global movement, simply providing more workers does not guarantee that public-sector jobs will be filled ahead of potentially more lucrative private employment. In the near future, technology may yet provide the answer to what seems increasingly to be a political and economic black hole of state-funded healthcare.The solution could lie in partnerships with the private tech sector in order to utilise the potential of data with ‘virtual diagnoses’. The time and expense taken to train each human doctor is a major contributor to the shortage, and an integrated system would only require one large