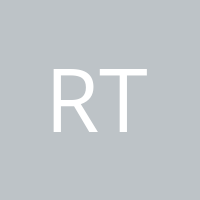 Editor’s Note: The following essay is reprinted with permission from the Niskanen’s Center “Defending the Open Society” series. Read more here. You can read more from Robert S. Taylor on republican political theory in his new book,Exit Left: Markets and Mobility in Republican Thought.

The 2016 elections transformed the Republican Party—and not for the better. A party that had been deeply committed since Goldwater and Reagan to the open society, limited government, and global leadership to promote liberal-democratic values was now the party of xenophobia, trade protectionism, crony capitalism, and isolationism. Donald Trump’s corruption of the Republican Party—and the republic itself—can only be cured through repeated, humiliating electoral defeats. I hope these are coming,

END_OF_DOCUMENT_TOKEN_TO_BE_REPLACED

The Myth of the Rule of Law

The Myth of the Rule of Law

Tags
World HistoryPolitical Theory6 hours agoRobert TaylorAny state, no matter how powerful, cannot not rule solely through the use of brute force. There are too few rulers and too many of us for coercion alone to be an effective means of control. The political class must rely on ideology to achieve popular compliance, masking the iron fist in a velvet glove. Violence is always behind every state action, but the most efficient form of expropriation occurs when the public believes it is in their interest to be extorted.Mythology is necessary to blunt the violent nature of state power in order to maximize the plunder of property — and, most importantly, provide an aura of legitimacy. The perception of legitimacy “is the only thing distinguishing