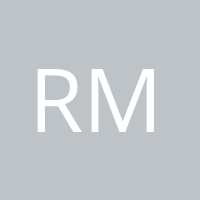 ‘Ed-Exit’ To Protect Your Kids from Critical Race Theory

Parents across the country are fighting to stop government schools from indoctrinating their children with Critical Race Theory. Critical Race Theory is a form of Marxism that focuses on the “oppression” of racial minorities. Central to Critical Race Theory is the belief that free markets are a tool of racial oppression that must be abolished and replaced with socialism.
This is dangerous nonsense. History shows that governments, not free markets, are and always have been the instruments of racial oppression. For example, legislators passed Jim Crow laws because private businesses refused to voluntarily segregate their customers.
Numerous scholars have documented how the welfare state and the war on drugs, as well as minimum wage laws, occupational

END_OF_DOCUMENT_TOKEN_TO_BE_REPLACED

Progressives who work to end individual rights violations committed by the NSA, FBI, DEA, CIA, and other federal agencies usually overlook, or even support, the routine violations of Americans’ rights by the IRS.
For example, progressives rarely, if ever, speak out against the IRS’s targeting of the opponents of those in power. When liberal Democrats control the White House, the IRS targets advocates of free markets. When hawkish Republicans are in power, the IRS targets antiwar activists.
The Democrats’ election reform legislation would require political organizations to divulge their top donors. Such donor disclosure requirements can be, and have been, used to intimidate donors from supporting “controversial” causes. Yet the requirements are

END_OF_DOCUMENT_TOKEN_TO_BE_REPLACED

The end of the 20-year US war on Afghanistan was predictable: no one has conquered Afghanistan, and Washington was as foolish as Moscow in the 1970s for trying. Now, US troops are rushing out of the country as fast as they can, having just evacuated the symbol of the US occupation of Afghanistan, Bagram Air Base.
While perhaps not as dramatic as the “Fall of Saigon” in 1975, where US military helicopters scrambled to evacuate personnel from the roof of the US Embassy, the lesson remains the same and remains unlearned: attempting to occupy, control, and remake a foreign country into Washington’s image of the United States will never work. This is true no matter how much money is spent and how many lives are snuffed out.
In Afghanistan, no sooner are US

END_OF_DOCUMENT_TOKEN_TO_BE_REPLACED

HMS Defender Versus The Russian Military: The Danger of Believing Your Own Propaganda

Less than two weeks after NATO members reaffirmed allegiance to Article 5 – that an attack on one member was an attack on all members – the UK nearly put that pledge to the test. In a shockingly provocative move, the UK’s HMS Defender purposely sailed into Crimean territorial waters on its way to Georgia.
Press reports suggest that there was a dispute between the UK defense and foreign ministries over whether to violate Russia’s claimed territorial waters with a heavily armed warship. According to reports, Prime Minister Boris Johnson himself jumped in to over-rule the more cautious Foreign Office in favor of confrontation.
As Johnson later claimed, because the UK (and the US) does not recognize Russian sovereignty over Crimea, the UK was actually

END_OF_DOCUMENT_TOKEN_TO_BE_REPLACED

The Lessons of Waco

April 19 was the 28th anniversary of one of the most shameful episodes in modern American history: the massacre of 76 innocent men, women, and children by agents of the Bureau of Alcohol, Tobacco, and Firearms (ATF) in a military-style assault on the Branch Davidian compound in Waco, Texas.
The assault followed a botched raid on the Davidian compound (staged at a time that it would distract attention from an ATF sexual harassment scandal) and a two-month standoff between the Davidians and the agency. The ATF used CS tear gas against the Dravidians, even though the gas was banned by an international treaty the US agreed to just months before the assault. So, if the assault had occurred on foreign soil as part of a military

END_OF_DOCUMENT_TOKEN_TO_BE_REPLACED

I have my doubts whether the Putin-Biden summit in Geneva will take place later this month, but even if somehow it is pulled off, recent Biden Administration blunders mean the chance anything of substance will be achieved is virtually nil.
The Biden Administration was supposed to signal a return of the “adults” to the room. No more bully Trump telling NATO it’s useless, ripping up international climate treaties, and threatening to remove troops from the Middle East and beyond. US foreign policy would again flourish under the steady, practiced hands of the experts.
Then Biden blurted out in a television interview that President Putin was a killer with no soul. Then US Secretary of State Antony Blinken discovered the hard way that

END_OF_DOCUMENT_TOKEN_TO_BE_REPLACED

In March, Governor Greg Abbott announced that Texas would open for business 100 percent without a statewide mask mandate. The pro-lockdown “experts” were shocked. If a state as big as Texas joined Florida and succeeded in thumbing its nose at “the science” – which told us that for the first time in history healthy people should be forced to stay in their houses and wear oxygen-restricting face masks – then the lockdown narrative would begin falling apart.
President Biden famously attacked the decision as “Neanderthal thinking.” Texas Democratic Party Chairman Gilberto Hinojosa warned that, with this order, Abbott would “kill Texans.” Incoming CDC Director Rochelle Walensky tearfully told us about her feelings of “impending

END_OF_DOCUMENT_TOKEN_TO_BE_REPLACED

Centers for Diseases Control (CDC) Director Dr. Rochelle Walensky has “recommended” that children wear masks while playing. Her offered reason is to ensure Covid is not spread by “heavy breathing” of children near each other while around a soccer ball.
Dr. Walensky’s recommendation is one more example of Covid authoritarians’ refusal to “listen to the science.” The science says no to lockdowns and masks. The masks are not blocking the very small viruses in “heavy breathing.” Dr. Walensky also ignores the science showing that wearing a mask while exercising or playing sports has negative health effects.
Dr. Walensky’s most outrageous disregard of science is ignoring the fact that children are statistically unlikely to be at risk

END_OF_DOCUMENT_TOKEN_TO_BE_REPLACED

Many Americans saw former policeman Derek Chauvin’s conviction on all counts last week as affirming the principle that no one is above the law. Many others were concerned that the jury was scared that anything less than a full conviction would result in riots, and even violence against themselves and their families.
Was the jury’s verdict influenced by politicians and media figures who were calling for the jury to deliver the “right” verdict? Attempts to intimidate juries are just as offensive to the rule of law as suggestions that George Floyd’s criminal record somehow meant his rights were not important.
The video of then-policeman Chauvin restraining Floyd led people across the political and ideological spectrums to consider

END_OF_DOCUMENT_TOKEN_TO_BE_REPLACED

Why Is the Biden Administration Pushing Ukraine To Attack Russia?

On March 24th, Ukraine’s President Vladimir Zelensky signed what was essentially a declaration of war on Russia. In the document, titled Presidential Decree No. 117/2021, the US-backed Ukrainian leader declared that it is the official policy of Ukraine to take back Crimea from Russia.
The declaration that Ukraine would take back Crimea from Russia also followed, and was perhaps instigated by, President Biden’s inflammatory and foolish statement that “Crimea is Ukraine.”
US Secretary of State Antony Blinken, who was a chief architect of the US-backed coup against Ukraine in 2014, continued egging on the Ukrainians, promising full US support for the “territorial integrity” of Ukraine. Many Americans wonder why they are not even

END_OF_DOCUMENT_TOKEN_TO_BE_REPLACED

Mask tyranny reached a new low recently when a family was kicked off a Spirit Airlines flight because their four-year-old autistic son was not wearing a mask. The family was removed from the plane even though the boy’s doctor had decided the boy should be exempted from mask mandates because the boy panics and engages in behavior that could pose a danger to himself when wearing a mask.
Besides, four-year-olds do not present much risk of spreading or contracting coronavirus. Even if masks did prevent infections among adults, there would be no reason to force children to wear masks.
Mask mandates have as much to do with healthcare as Transportation Security Administration (TSA) screenings have to do with stopping terrorism. Masks

END_OF_DOCUMENT_TOKEN_TO_BE_REPLACED

Last week President Biden addressed the nation on the first anniversary of the coronavirus being declared a “pandemic.” It was a disturbing speech, warning us that the “hopeful spring” will only emerge “from a dark winter” if all Americans “stick with the rules.”
Whose rules? His rules.
The message from the president was clear: he will only allow us to have some of our freedoms back if we do exactly as he tells us. It was the language of extortion, of a bank robber who demands you do what he says or face the consequences. It was not the language of someone we are told is the leader of the free world.
In the speech Biden laid out a list of what was taken from us over the past year, “weddings, birthdays, graduations…family

END_OF_DOCUMENT_TOKEN_TO_BE_REPLACED

Last Thursday President Biden continued what has sadly become a Washington tradition: bombing Syria. The President ordered a military strike near the Iraqi-Syrian border that killed at least 22 people. The Administration claims it struck an “Iranian-backed” militia in retaliation for recent rocket attacks on US installations in Iraq.
As with Presidents Obama and Trump before him, however, Biden’s justification for the US strike and its targets is not credible. And his claim that the US attack would result in a “de-escalation” in the region is laughable. You cannot bomb your way toward de-escalation.
Biden thus joins a shameful club of US leaders whose interventions in the Middle East, and Syria specifically, have achieved nothing

END_OF_DOCUMENT_TOKEN_TO_BE_REPLACED

Last week’s second impeachment trial of former President Trump should serve as a warning that something is very wrong in US politics. Far from a measured, well-investigated, rock-solid case against the former president, America was again abused with day after day of character assassination, innuendo, false claims, and even falsified “evidence.”
The trial wasn’t intended to win a conviction of Trump for “incitement” because the Democrats already knew that the votes were not there. So, just as with the last impeachment trial, the goal was to fling as much dirt at Donald Trump as they could while the cameras were rolling. Their hatred of Donald Trump is so deep and visceral that probably a psychologist would have been more

END_OF_DOCUMENT_TOKEN_TO_BE_REPLACED

On Coronavirus, We Must Not Allow Politics To Dictate Science

In these past couple of weeks, two important studies have been published that could dramatically increase our understanding of the Covid-19 disease. Adding to the science of how we understand and treat this disease is something that should be welcomed, because properly understood it can save lives.
The only problem is that because the results from these two studies challenge what the media has established as conventional wisdom about the disease, the reports are at best being ignored and at worst being openly distorted by the mainstream media.
This is in my view a dangerous and foolish subjugation of science to politics and it may well end up causing many more unnecessary deaths.
First is the Danish mask study, which was

END_OF_DOCUMENT_TOKEN_TO_BE_REPLACED

Will Biden Listen to the Science?

Former Vice President Joe Biden has not been officially declared the winner of the 2020 presidential election, but that has not stopped him from forming a coronavirus task force. The task force is composed of supporters of increased government control.
One idea Biden and his task force are considering is a four to six weeks nationwide lockdown. However, supporting a nationwide lockdown would violate Biden’s campaign pledge to “listen to the science.” The evidence regarding lockdowns is so overwhelming that even the World Health Organization (WHO) has been forced to admit the truth: lockdowns do more harm than good.
Lockdowns result in more instances of depression, suicide, domestic violence, and alcohol and drug abuse. Lockdowns