USMCA Races Across the Finish Line, but Uncertainty Remains 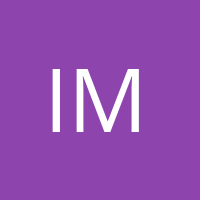 by
Inu Manak
My articles My books
Follow on:
Summary:
The U.S.-Mexico-Canada Agreement (USMCA) passed the Senate by a vote of 89-10 today. Last week, it was unclear whether or not the vote could take place before the president’s impeachment trial due to the fact that seven Senate committees were tasked with reviewing the deal first. The process by which the deal is reviewed is referred to as a “mock markup” where the bill is discussed and voted on, but no amendments can be made. It was largely expected that the committees would quickly advance the implementing bill so that the USMCA could be brought to the Senate floor as soon as possible. But this rush to vote on USMCA was misguided. Not only has Congress failed to debate the merits of a deal with our closest trading partners, the entire process by which USMCA came to a vote raises serious


Tyler Durden writes What Crypto Is (And Isn’t)

Agriculture Purchase Commitments Under the U.S.-China Trade Deal: The Case of Beef

The U.S.-Mexico-Canada Agreement (USMCA) passed the Senate by a vote of 89-10 today. Last week, it was unclear whether or not the vote could take place before the president’s impeachment trial due to the fact that seven Senate committees were tasked with reviewing the deal first. The process by which the deal is reviewed is referred to as a “mock markup” where the bill is discussed and voted on, but no amendments can be made. It was largely expected that the committees would quickly advance the implementing bill so that the USMCA could be brought to the Senate floor as soon as possible. But this rush to vote on USMCA was misguided. Not only has Congress failed to debate the merits of a deal with our closest trading partners, the entire process by which USMCA came to a vote raises serious questions about how U.S. trade policy will be handled in the future.

The implementing bill for USMCA is over 200 pages long, and the text of the agreement itself includes 34 chapters, 13 annexes, and 16 side letters. While much has been retained from the original North American Free Trade Agreement (NAFTA), which this supersedes, and also from the Trans-Pacific Partnership (TPP) that the United States did not ratify, there are still a number of important changes that were made only about a month ago that warrant additional scrutiny. My colleague and I identified three major issues, which, taken by themselves, should be sufficient cause for an extended discussion of the deal—new auto rules of origin, labor reforms that were negotiated by House Democrats and seen for the first time last month, and the sunset clause.

On the issue of autos, it is still largely unclear how the more stringent rules will be applied when the agreement comes into force, leaving plenty of uncertainty for the integrated North American automotive supply chain. In fact, Maria Curi from Inside U.S. Trade recently reported that Mexico’s chief USMCA negotiator, Jesús Seade stated that how the rules will apply and be enforced still has to be sorted out, and that this process could take months. The major lingering question on the automotive provisions, which will in large part depend on how the rules are implemented, is whether this will raise the cost of production for autos in North America, shift supply chains, and hurt North American competitiveness in this sector. At the moment, we do not know. Meanwhile, other groups continue to lobby for protection they could not achieve through USMCA, with Amb. Lighthizer agreeing to review potential trade remedies for “certain unfair, non-market trade practices” of seasonal produce from Mexico. The passage of USMCA certainly does not guarantee an end to trade friction with our trading partners.

Labor reforms that Mexico agreed to at the eleventh hour are also of general concern for the potential it creates for a new litigation bonanza on the part of U.S. labor groups and industries seeking protection. These changes were outlined in a Protocol of Amendment, which was issued by the Office of the United States Trade Representative on December 10, 2019 after the conclusion of negotiations between Amb. Lighthizer and House Democrats. It is generally unclear what impact these new requirements will have on Mexico, which has independently undertaken labor reforms under the leadership of their current President Andrés Manuel López Obrador, who made such reforms part of his campaign. Asking Mexico for additional guarantees through a trade agreement is not only unnecessary, but also could further diminish trust between Mexico and its northern neighbors.

The third issue that should have been subject to far more scrutiny from Congress than it was afforded is the so-called sunset clause, which are a set of provisions that allow the agreement to automatically expire after 16 years unless the parties agree to extend it. The first sunset review would take place at 6 years after ratification, and the parties would have 10 years to decide the question of whether to extend or terminate. Simon Lester and I have described this as the new NAFTA’s “ticking time bomb” because it bakes in uncertainty to the USMCA in perpetuity. Furthermore, the most troubling aspect of the sunset clause is that it leaves the decision of whether to continue the agreement entirely in the hands of the executive branch. This is a major concern regardless of who is president, because it makes the decision of the agreement’s extension even more vulnerable to the political whims of that office. House Democrats had an opportunity to ask for clarification on the role of Congress in terminating USMCA, but completely failed to do so. But perhaps one should not be surprised, given how readily Congress has been willing to cede its constitutional authority to regulate commerce to the president. As with President Trump’s tariffs against steel and aluminum from our trading partners, Congress has been unwilling to take concrete steps, and so far, bipartisan efforts to rein in the president, such as from Sens. Pat Toomey (R-PA) and Rob Portman (D-OH), have been put on the back burner by Sen. Chuck Grassley (R-IA), chair of the Senate Finance Committee.

In addition to the uncertainty regarding the substance of the deal, the way the final provisions were negotiated, and the process by which the USMCA has come up for a vote raises broader questions about the future of U.S. trade policy. While the USMCA was signed by the three countries in November 2018, it was not until a draft of the Statement of Administrative Action (which outlines the various changes to U.S. law for the agreement to take effect) was released in May 2019 that an effort to evaluate the deal by Congress really began. In June 2019, House Speaker Nancy Pelosi (D-CA) established a working group of nine House Democrats to negotiate changes to USMCA, and that process was completed in December, which led to the Protocol of Amendments to the deal. With such a select group involved in the negotiations, however, one would have imagined that the final terms would be discussed with the broader House membership well before a vote would be held. That’s not what happened. Instead, House Democrats rushed to vote on the agreement before winter recess, and approved USMCA by a vote of 385-41, sending the bill to the Senate.

The lack of debate on USMCA has also raised questions about the future of Trade Promotion Authority, also known as “fast-track”—the process by which trade agreements can move through Congress expeditiously, facing only an up and down vote. TPA establishes certain guidelines for how the executive consults with Congress, as well as the order and timing of various steps in the process. However, the process by which USMCA has advanced through Congress does not appear to meet TPA requirements, and as Halie Craig argues, this means USMCA should not be eligible for an up or down vote in the Senate. Sen. Toomey also raised concerns today regarding the vote on USMCA's compliance with TPA, noting the fact that the USMCA includes an emergency designation for increasing spending, a break from past practice. With TPA so openly ignored by both USTR and Congress, the entire process may be called into question in the future. If anything, the current process has simply increased the leverage of the executive over trade policy and weakened congressional oversight.

This all bodes poorly for the future of U.S. trade policy. The Senate’s affirmative vote of USMCA may have just solidified a new normal. In rushing to pass this protectionist love-child, Congress has further strengthened the executive in its ability to set trade policy, and left a great deal of uncertainty in its wake. Our future negotiating partners are surely taking note.

My articlesMy books
Follow on:
Previous Raising Wages via Policy Is Hard or Destructive. It’s Time to Focus on Living Costs
Next The Democrats’ Search for a New Foreign Policy