Home / Garreth Bloor /You have them… Robots Don’t

You have them… Robots Don’t 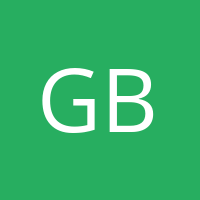 by
Garreth Bloor
My articles My books
Follow on:
Summary:
Millions of jobs are going unfilled in the United States right now with shortages in the trades profession; blue collar jobs like plumbers, pipefitters and welders among others. The basic body movements required of mechanics and electricians, among others, simply cannot yet be replicated by machines. Some question if they ever will ever be eliminated entirely. At present and for the first time there are more jobs available than people out of work. Author Jay Richards tackles assumptions around the future of workforce participation, with an optimistic view; new jobs will arise, while adaptiveness will ensure progress over the long-run. Throughout the book Richards takes a sharp and critical focus on what makes the human person unique – a factor missing in what


David Henderson writes Will Government be Permanently Larger After the Pandemic Ends?

Sarah Skwire writes Why is a Baker Like a Beggar?

Economists Should Not Forget Supply and Demand

Henderson on the Ingraham Angle

Millions of jobs are going unfilled in the United States right now with shortages in the trades profession; blue collar jobs like plumbers, pipefitters and welders among others. The basic body movements required of mechanics and electricians, among others, simply cannot yet be replicated by machines. Some question if they ever will ever be eliminated entirely. At present and for the first time there are more jobs available than people out of work.

Author Jay Richards tackles assumptions around the future of workforce participation, with an optimistic view; new jobs will arise, while adaptiveness will ensure progress over the long-run. Throughout the book Richards takes a sharp and critical focus on what makes the human person unique – a factor missing in what accounts for overly extensive projections on the degree to which machines will in fact replace us; or were expected to replace us already. In his account, if you tell an Artificial Intelligence (AI) enthusiast computers aren’t conscious a response usually comes in one of two directions: either a rave about new technology no ones knows anything about – or denying humans are conscious at all. “Rather than claiming that a machine will become man, he demotes man to a machine”.

Virtue is a word that appears far-removed from the language of technology. Yet precisely at a time of massive change it is needed more than ever and is at the core of The Human Advantage. Most of the work of the future does not exist yet, so you can’t specialize for it. You can cultivate virtue. Adapting to the speed of change starts not with the economy and technical policy assessments, but the correct outlook. Part of the problem for Richards is that college has become a key recruiting ground for every bad idea, especially in the humanities. The students who suffer most are usually those not backed by family wealth.

The Human Advantage is both a survey of the macro-economic environment and at the same time contains practical pieces of advice ranging from ongoing study to capitalizing on new opportunities in relatively simple ways. Making it both a book with perspectives on how to see the coming change philosophically, as well as ways to deal with it practically – by drawing on personal stories from ordinary Americans who encapsulate the virtues as a means to illustrate the deeper philosophical arguments in the book.

Richards’ latest work comes at a time when barely a meeting of the World Economic Forum or its related conferences earnestly discuss the very-looming Fourth Industrial Revolution. Or that the moment may now finally be arriving when workers become obsolete.

Richards commits his first two chapters to a history of work in the United States illustrating the American Dream has been viewed with some nuanced but important differences across generations; each in response to economic change. The big difference is the particular speed of change that makes recent technology developments particularly disruptive. In doing so Richards sets the stage for the place of virtues.

Two notable requirements for our adaptiveness stand out, reflecting service and courage. The first is that we not necessarily follow our passion: it is counter-intuitive to much of the advice dominant today. Requiring looking for where opportunity – as a component of being other-centered – through meeting human needs and wants in the marketplace using good old fashioned supply and demand. “If you want to find fresh opportunities, target those places where IT touches the world,” argues Richards.

The second is to move away when opportunity is no longer available, in reference to formerly prosperous American towns and cities: Richards’ advice differs from free market thinkers like Thomas Woods, an Austrian economist who makes a moral case for capitalism. In The Church and the Market, Woods suggests that the loss of a closeness of the extended family – arising from extreme mobility – may be one reason for the state’s expansiveness. It steps in when the nuclear family needs the sort of help usually provided by the family-at-large.

In Richards’ historical account however, the wiliness to move long predates the welfare state and is a key trait in favour of America’s economic success. A trait of courage which need not come at the expense of extended family: “Travel is far easier and safer now than it was in the past: No one need risk death on a mountain pass. And it doesn’t entail that we leave family and friends forever.” In an economy where we are able to be more mobile than before, those who move by necessity can often do sow while considering family visits as part of the calculation on whether to stay in a once-thriving town – or move on to the next opportunity.

Whatever the reasons, today Americans are less likely to move than was previously the case and thus to exercise courage in this form at a time when it is required.

Antifragility features too as virtue, as Richards alludes to the work of Nassim Nicholas Taleb author of the book, Antifragile. Antifragility requires getting stronger from setbacks and is more than merely failing and trying again. Antifragility occurs when setback inherently ensures being stronger and better for the next move, which invariably is exercised when also undertaking the virtues of collaboration and creativity in a hyper-connected age.

For Richards, the “myth of the rugged individualist” ignores the fact that most who migrated west did so as families, not “lone cowboys”. He advises a reading of Democracy in America to get a sense of how communal Americans have been. “Socialism and its cousin fascism confused true society with a metasized state,” says Richards, while he concurrently chastises an Ayn Rand view of capitalism; one devoid of the high view social of cooperation, space for pursing classical virtues and an understanding of freedom as a means, not an end in itself – even if it be a vital political end. Politics cannot capture the whole of life or the quest for meaning.

The next assertion is bold, but arguably consistent with the latest reports on jobs exceeding unemployment. The machine age will increase the value of man-made goods, contrary to expectations, while technology offers ways to nearly eliminate start-up costs. Richards coins the term “commoditization myth” in response to the sages of the past decade who repeatedly warn of a mass, standardized consumer society that is void of the ‘good’ and the ‘beautiful’. Rather individual design will proliferate, with global supply chains making the sale and distribution of the most niche of items easier than has ever been the case: “The avenues for value creation for ordinary people are now beyond measure and prediction. You can succeed in the new media with almost no start-up capital or official credentials.”

The book concludes with a final section considering the American dream, while critically assessing some contemporary assumptions of what the pursuit of happiness means for millions of people today, not just in the United States from which he writes.

His explications of the virtues and how they are exercised in the current economy are a prism through which to assess some of the recent policy recommendations that are either predicated on fear, or an optimistic blind faith in the over-projected power of technological machines to deliver a final epoch of human progress. Some sympathy to a Universal Basic Income (UBI) is evident, but under conditions that are unlikely to emerge, on account of the vast bureaucratic apparatus in play today.

In summary, Richards’ optimistic view holds that the best machine is your brain and best predictor of your future are the virtues you exercise as a human being, neither of which machines possess. In this vein, the fast-changing world offers material improvement if individuals – and the regulatory regime under which they live – resembles the virtues of Americans and policy choices dominating whenever the people free countries have turned opportunities into its world-leading advantages.

Garreth Bloor is a vice president of the IRR, the oldest classical liberal think tank in South Africa. He served as a former executive politician in the country and is the founder of a venture capital firm. Bloor currently resides in Toronto.

My articlesMy books
Follow on:
Previous Wisdom from Mark Littlewood
Next Us and them

The Intolerable Scourge of Fake Capitalism