Home / Pierre Lemieux /Power to the Children and Hail to the State!

Power to the Children and Hail to the State! 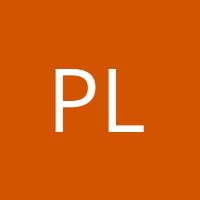 by
Pierre Lemieux
My articles My books
Follow on:
Summary:
Three dangerous aspects of the relationship between children and political power are worth noting. First, children have been getting more and more political influence—that is, influence on making other people move under the threat of government guns. Greta Thunberg is their current face. The 16-year-old Swedish girl is waging an international campaign for environmental control that lead her to sail (literally) to the shores of America without the carbon footprint of flying. She was already demonstrating when she was 15. In America and elsewhere, high school students regularly participate in demonstrations in order to try to impose their preferred political solutions on others—including on their parents who pay for their schooling. Parents bring their toddlers to

Pierre Lemieux writes Should Jane Decide Who Gets the Vaccine?

Scott Sumner writes How strong is the paternalist argument for drug regulations?

David Henderson writes Will Government be Permanently Larger After the Pandemic Ends?

The emerging war on thrift

Three dangerous aspects of the relationship between children and political power are worth noting. First, children have been getting more and more political influence—that is, influence on making other people move under the threat of government guns. Greta Thunberg is their current face. The 16-year-old Swedish girl is waging an international campaign for environmental control that lead her to sail (literally) to the shores of America without the carbon footprint of flying. She was already demonstrating when she was 15. In America and elsewhere, high school students regularly participate in demonstrations in order to try to impose their preferred political solutions on others—including on their parents who pay for their schooling. Parents bring their toddlers to demonstrations.

Wikipedia reports (and it’s worth reading the whole report, especially if you think that I am exaggerating):

Thunberg says she first heard about climate change in 2011, when she was 8 years old, and could not understand why so little was being done about it.

Incidentally, I am not focussing on the environmental issues. Other children demonstrate for other “social justice” causes. On the climate issue, I am rather agnostic, literally, in the sense of “a-gnostic”: I don’t know. But I do know the fantasies that have been peddled before about the environment (see my “Running Out of Everything,” a review of Paul Sabin’s book The Bet); and I observe that the environmentalist agenda is mainly about  increasing state control and power.

It is not the only absurdity in the whole situation that demonstrating children are considered, by their adulated state itself, as fragile snowflakes to be protected from alcohol, tobacco, vaping, ideas, and life in general. (They may buy ice cream, though.) They are also political hostages of faddish causes. “The children” are constantly invoked to justify depriving adults of their liberties, whether it is free speech, the Second Amendment, or smoking what adults want to smoke. This exploitation of children for political causes is a second aspect of the relation between children and political power.

I touched on this point in a recent Reason Foundation paper, “Consumer Surplus in the FDA’s Tobacco Regulations.” In officialdom’s Newspeak, tobacco includes vaping products containing no tobacco. (Perhaps “tobacco” is just a synonym for “evil”?) The Food and Drug Administration is fighting e-cigarettes under the excuse that some teenagers are taking advantage of the freedom of adults to vape. I criticized the FDA’s abuse of children:

“No child should use any tobacco products, including e-cigarettes,” [former FDA Commissioner Scott] Gottlieb declared. But it is as true, and quite certainly truer, that no “child” should take drugs, or have sex, or commit suicide or mass murder (according to FBI statistics, 7 of the 50 mass shooters in 2016-2017 were in their teens). Whatever the root causes of these problems, it is doubtful that the FDA or other federal agencies can solve them by further prohibitions. Many of the bad behaviors of teenagers are already forbidden by law.

The FDA calls indistinctly “youth,” “adolescent,” “child” or “kid” anybody from 12 through 17, but this group is not homogeneous. A 17-year-old, who can enroll in the army with his parents’ permission and is on the verge of having the right to vote (18 years of age at the federal level) and to reach the age of majority in many states, is certainly different from a 12-year-old child. Those whom the FDA considers “kids” can often be held criminally responsible for their actions. In many states, they can marry and in most states, they can be licensed to drive unsupervised from age 16 (the highest threshold is 17; the lowest, 14 and a half). The three-page statement issued by the FDA commissioner with the Advance Notice of Proposed Rulemaking (ANPRM) on flavors [in tobacco and e-cigarettes] contains the word “kids” seven times.

The ANPRM on flavors comes close to assimilating young adults (18 to 24 years old) to adolescents (who are also called “youth,” “children,” or “kids”).

In fashionable political discourse, then, children are presented either as role models to justify future tyranny or as little parentless incompetents, depending on how exactly their exploitation is required to advance state power. Granted that some statocrats (politicians and bureaucrats) and public-health or environmental crusaders might be consumed by good intentions, but as German poet Johan Christian Hölderlin wrote (quoted in Friedrich Hayek’s The Road to Serfdom),

What has always made the state a hell on earth has been precisely that man has tried to make it his heaven.

A third relation between children and political power is different but no less troubling: adults themselves act like children when they beg the state to take care of them and restrict their freedom. In a 2005 Public Choice article, “Afraid to Be Free: Dependency as Desideratum,” James Buchanan (the famous Nobel prizewinning economist and political philosopher) called this phenomenon “parentalism,” the desire of citizens to be to the state what children are to their parents. He observed, disturbingly:

The thirst or desire for freedom, and responsibility, is perhaps not nearly so universal as so many post-Enlightenment philosophers have assumed.

Children, by definition, are not capable of freedom and responsibility, which is why they need parents. But one would expect parents to have and cultivate this capability. A seeming factoid reported in the Wall Street Journal (“FDA Warns Juul About Marketing Products as Safer Than Cigarettes,” September 9, 2019) illustrates how parents become children: a parent complained to the FDA that Jull (the e-cigarette manufacturer) has sold products to her child. In other words, a child complained to political authority that her child was not under her control.

You will also find on Wikipedia that little Greta Thunberg raised her parents well:

At home, Thunberg persuaded her parents to adopt several lifestyle choices to reduce their own carbon footprint, including giving up air travel and not eating meat.

In truth, the case of little Greta is sad if not tragic. She was diagnosed with Asperger syndrome. I know little about Asperger but it does not appear to be an unmitigated catastrophe. Yet, perhaps in view of other factors, her father said (“The Swedish 15-year-old Who’s Cutting Class to Fight the Climate Crisis,” The Guardian, September 1, 2018):

We respect that she wants to make a stand. She can either sit at home and be really unhappy, or protest, and be happy.

Like other real children, Greta needs protection and guidance, not a flirt with political power. Children need to be taught how to become free and responsible adults, not how to remain children. The FDA and other political authorities will teach them the wrong thing. They are too good an excuse for the state to expand its power.

My articlesMy books
Follow on:
Previous Michael Trump or Donald Dukakis
Next Monopolize the Pretty Lies