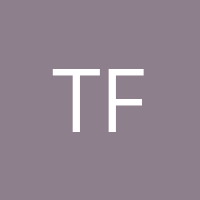 by
Thomas Firey
My articles My books
Follow on:
Summary:
This fall, LIFE magazine has published a special issue commemorating the 50th anniversary of the movie M*A*S*H. Despite the hook, the issue focuses on the ensuing TV series, which ran from 1972 to 1983. Though the show has often been characterized as being politically left-wing, it actually is heavily classically liberal, celebrating the individual, civil liberties, and the market, and harshly criticizing anti-individualism, government compulsion, and government decision-making. In a series of essays, I examine the classical liberalism of M*A*S*H. This is Part 5. Part 1 is here. Part 2 is here. Part 3 is here. Part 4 is here. Conscription not only steals young men from their private lives and puts them in harm’s way; it also steals their labor. Though M*A*S*H’s

This fall, LIFE magazine has published a special issue commemorating the 50th anniversary of the movie M*A*S*H. Despite the hook, the issue focuses on the ensuing TV series, which ran from 1972 to 1983. Though the show has often been characterized as being politically left-wing, it actually is heavily classically liberal, celebrating the individual, civil liberties, and the market, and harshly criticizing anti-individualism, government compulsion, and government decision-making. In a series of essays, I examine the classical liberalism of M*A*S*H. This is Part 5. Part 1 is here. Part 2 is here. Part 3 is here. Part 4 is here.

Conscription not only steals young men from their private lives and puts them in harm’s way; it also steals their labor. Though M*A*S*H’s draftees receive Army pay, their wages are far below what they would earn back home — let alone what they would demand for performing  medical duties in a combat zone for months on end. That stolen labor features in two episodes, “Payday” (s. 3) and “Back Pay” (s. 8), in which Hawkeye tries to get the Army to compensate him fairly for his work. The Army does no such thing, of course, but Hawkeye gets a measure of justice.

Labor is not the only good in which M*A*S*H depicts the virtues of voluntary exchange. Many episodes show Radar and Klinger making back-channel deals (often in violation of “the regulations”) to get the unit much-needed supplies and unit members much-wanted personal items. Hawkeye and others swing similar deals for items they want, even going so far as to trade on the black market.

Those voluntary exchanges are often explicitly contrasted with the bizarre — and sometimes miserable — results of the command-and-control “Army way.” For instance, in “The Incubator” (s. 2), Hawkeye and fellow surgeon “Trapper” John McIntyre (Wayne Rogers) follow procedure to order an incubator for diagnosing infections. Quartermaster rejects their request, informing them such a device would be “a luxury” — but they could have a pizza oven for unit movie nights. (“Just use the standard S-1798 and write in ‘pizza’ where it says ‘machine gun.’”) As they continue trying to work the system for the needed hardware, their experiences offers a fine example of public choice theory, the idea that government officials and employees are as self-interested as private-sector workers: Hawkeye and Trapper repeatedly encounter supply officers who want to know what they would get in exchange for the unit. As the two explain to a general who asks if they’ve followed proper procedure for their request:

Sir, we started with a captain, went on to a major, then to a colonel.

On the way, we’ve encountered oral compulsiveness, raging paranoia and a colonel who’s shipping Korea to Switzerland one dollar at a time.

Which makes you the next contestant, general.

[In a Groucho Marx voice] And the subject you’ve chosen is incubators.

Ultimately, Radar ignores regulation and wheels-and-deals for a unit.

There are other examples of exchange “the Army way.” In “Give ’Em Hell, Hawkeye” (s. 10), the 4077 is informed it can have a much-needed hot water heater — if its members first “beautify” the camp to impress visiting dignitaries. In “The Life You Save,” unit chaplain Fr. Francis Mulcahy (William Christopher) explains Army thinking to Hawkeye after Hawkeye takes over for Mulcahy as mess officer and discovers the unit is missing food trays for which Hawkeye is now responsible:

Look, I was just as upset as you were when I took over the mess tent.

Here’s how it was explained to me.

The Army doesn’t do things the way real human beings do them.

But they’re not good for anything except putting under Army food. So, some mess tent somewhere is plus 75 trays.

When this war is over, a few generals will get together, and add up all the pluses and all the minuses, and it’ll all come out even.

Besides which, long before that happens, you’ll already have stuck somebody else for them.

At the end of the episode, Hawkeye indeed sticks Margaret with mess duty — and he and Klinger trick her into thinking that all trays are present and accounted for.

M*A*S*H shows considerable respect for entrepreneurship. As noted above, Radar and Klinger swing clever deals for desired goods. They both also try their hands at get-rich schemes, some of which are hare-brained, but others are clever — such as Klinger’s toying with selling early versions of the Hula-hoop and Frisbee (“Who Knew?”). Hawkeye and B.J. invent a vascular clamp and contract to have it produced (“Patent 4077,” s. 6). Koreans are portrayed as virtuous entrepreneurs, from craftsmen who sell their wares at the 4077 (“Dear Mildred” [s. 4], “Patent 4077”), to domestic workers providing laundry and housekeeping services, to the recurring character Rosie (usually played by Eileen Saki), the proprietress of the off-base saloon.

Private property is also respected. Though the series regularly promotes an ethic of sharing (and features comic retribution for those who violate the ethic), property is not commandeered by the unit’s commander. Potter relies on moral suasion to have Klinger give his dresses to a group of prostitutes in exchange for using their brothel as an operating room (“Bug Out,” s. 5). Charles agrees to share his newspapers from home with the camp — after he finishes reading them (“Communication Breakdown,” s. 10). And, of course, the most famous property on the show is the surgeons’ still — and woe comes to those who violate it. The only instance I can think of where property rights are infringed by command is when Colonel Potter orders Hawkeye and B.J. to get rid of their trouble-causing portable bathtub — and they then trade it for strawberry ice cream (“None Like It Hot,” s. 7).

It should be noted that though economic freedom is respected in the show, there is often “persuasion” — sometimes heavy-handed — against some economic activities. In “Souvenirs” (s. 5), a chopper pilot is pushed to stop buying dangerous war souvenirs from Korean children. In “Change Day” (s. 6), Hawkeye and B.J. refuse to help Charles profit from a shady arbitrage scheme when the Army changes military script. And in “Private Finance” (s. 8), Charles and B.J. use a false diagnosis to temporarily stop a patient from pressure-selling investment products to other patients. But in each of those cases, transactions are obstructed out of an ethic of caring (about children, Korean peasants, and convalescing patients) and are blocked through private arm-twisting, rather than by order.

Likewise, acts of charity are strongly encouraged, but are not ordered. For instance, in “Dear Sis” (s. 7), Charles is free to decline to donate to the unit’s Christmastime orphans fund. However, after Father Mulcahy secretly arranges for Charles’ family to send him a beloved childhood item as a comfort for homesickness, Charles has a Scrooge-like change of heart:

Uh, Father? Is there still time to, uh, contribute to your orphanage fund?

Good. Here. [Hands over a wad of money.] Buy them whatever they need.

Oh. Oh. Here. [Hands over more money.] Buy them whatever they don’t need.

Major? Are you all right?

[Laughing.] You saved me, Father. You lowered a bucket into the well of my despair, and you raised me up to the light of day. I thank you for that.

In this way, M*A*S*H offers a resolution to an age-old dilemma for classical liberals: how to balance an ethic of caring for others with respect for peoples’ property, values, and choices. The solution is to do so through persuasion and example, not force. For a show about a military base in a war zone during the draft era, that is a classical liberal solution.

My articlesMy books
Follow on:
Previous Judy Shelton for Fed?
Next Yucatan and U Texas

The Tragedy of Savings