How Transaction Costs Change the Analysis 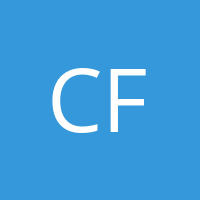 by
Caleb Fuller
My articles My books
Follow on:
Summary:
Hang around freedom-friendly circles long enough and you’ll eventually hear a claim like the following. “Under private ownership of roads, congestion would be eliminated through the implementation of market pricing.” Claims like this range the gamut of sophistication. In the more sophisticated, truly dynamic pricing would adjust in real time as cars enter and exit the roadway. A somewhat less sophisticated idea still improves on the current non-price means of allocation under public ownership: the private road owner charges a higher fee during hours when he anticipates more demand for the roads. In fact, this idea is part of a broader family of claims which usually form the prologue to a discussion of myriad problems which would be eliminated through market

Tarnell Brown writes From Harrison to Volstead: How Prohibition Laid the Foundation for the War on Drugs

Open the Schools and the Playgrounds

Reflections on My Illustration Contest

Hang around freedom-friendly circles long enough and you’ll eventually hear a claim like the following. “Under private ownership of roads, congestion would be eliminated through the implementation of market pricing.” Claims like this range the gamut of sophistication. In the more sophisticated, truly dynamic pricing would adjust in real time as cars enter and exit the roadway. A somewhat less sophisticated idea still improves on the current non-price means of allocation under public ownership: the private road owner charges a higher fee during hours when he anticipates more demand for the roads. In fact, this idea is part of a broader family of claims which usually form the prologue to a discussion of myriad problems which would be eliminated through market pricing. However, this idea and related notions can be shown as incomplete once the analysis incorporates a satisfactory notion of transaction costs.

Yoram Barzel offers a helpful example of how this insight modifies the standard analysis in his classic text by noting that grocery stores experience daily surges in demand—surges which are easy to anticipate. An analysis which ignores transaction costs would blithely assume that the prices of foodstuffs should increase around 5pm to their new market-clearing levels, as people leave work and stop at the grocery store for staples on their way home. Instead of a higher (and market-clearing price) however, grocery stores rely on other means of allocation. Usually, they simply let lines increase, and this in turn implies a different set of consumers acquire the goods than if allocation were performed by prices. Those with a relatively lower opportunity cost of time purchase the goods, as opposed to those with a relatively higher willingness to pay. The grocery store is still attempting to maximize profits, but profits are net of all costs—including the costs of establishing rights to the increased value of selling grocery store products around 5pm. It’s simply too costly to adjust prices for rush hour (followed by re-adjusting them for later in the evening).

Armen Alchian also discusses this grocery store problem within the same framework. As he puts it in Universal Economics, “…sellers often voluntarily keep prices constant and voluntarily tolerate shortages or surpluses, rather than clear the market at every moment. The full costs of exchanges are thus reduced, even when it may appear that the market-pricing process is failing.” Stable prices permit consumers to better plan their budgets, increasing their demand for the products. Prices which are stable and slightly above market-clearing prices also create an inventory which allows sellers to better cope with uncertainty regarding demand. Alchian elucidates this argument with tremendous sophistication in his classic 1969 paper where he advances the idea that unemployed resources (such as labor) are better thought of as employed in search of superior remuneration.

The grocery store analysis can and should be applied to privately-owned roads. Yes, many private roads may implement a form of sophisticated, dynamic pricing. And, indeed, historically, private roads have operated by charging fares. But the point is that price is but one means of allocating scarce road space, and there is no ironclad rule which determines it is the means which sellers will always select. Technological factors and demand for the road, among other possible determinants, will influence whether the benefits of establishing pricing (and dynamic pricing beyond that) exceed the costs. Furthermore, to observe that a private road has implemented pricing still leaves the door open to other means of allocation, and indeed such means will be used if the pricing does not dynamically adjust (as in your grocery store, which maintains stable prices).

Of course, none of this denies that private ownership does confer benefits which public ownership does not. For one, under private ownership, economic calculation governs the decision of how, when, and where to construct a road in the first place. But after that initial decision, a form of calculation—what Piano and Rouanet term “secondary calculation”—continues to govern the very decision about whether to use prices for allocating space to the roads. Additionally, even if prices are used (as opposed to, say, a non-profit model), secondary calculation governs how swiftly and thoroughly to adjust those prices. Such secondary calculation assesses the profitability of first enhancing one’s private property right to the road and then subsequently implementing and adjusting prices. Once again, if transaction costs are prohibitive, pure market-clearing prices won’t be used, and some other mechanism will be, but importantly, this decision is itself also guided by (secondary) calculation. As in the case of the grocery store, the other mechanism can simply be increased congestion. The key difference, though, is that the degree of congestion would be subject to the “secondary calculation” alluded to above. It would thus be “optimal” in the sense that consumers prefer it to any other means of allocating road space—including by raising price. By contrast, public road administrators cannot adjudicate between these two choices according to a meaningful criterion.

Closely related to the idea of market-clearing eliminating all congestion is the notion which holds that in a society completely free of government intervention, all land would be privately owned. Like the perspective on roads, however, this can be shown to be similarly misguided. It is easy to see why this idea developed. After all, if states aren’t claiming ownership to property (“public property”), then what’s stopping all land from being converted to private property? The answer is that “costs,” specifically “transaction costs” are what “stops” this process of conversion. Cost is the “brake” that limits all production processes. It’s why we don’t build school buses out of gold or manufacture water synthetically, to use Mises’ famously jarring example. But the same logic applies to the production of property rights themselves, which is why “secondary calculation” applies once again.

I’d expect that in a stateless world, not only would common property exist, but it might be fairly prevalent given the potentially high transaction costs of converting common to private property. These costs include staking out territory, enforcing one’s claims, and even potentially protecting against elements of nature such as wild animals. Does anyone really believe that state intervention is the reason why every square inch of the ocean is not held by private owners? In other words, due to positive transaction costs, not all property on earth would be converted to private ownership. Nor, if human welfare is our goal, should we want it to be, as doing so can destroy wealth.

Casual empiricism supports this idea. It would probably be fair to characterize the Montaigne Indian tribe of Demsetz’s classic story as comprising a stateless society when they came into contact with European fur traders. Despite the absence of a state, not all property which the Montaigne used had been converted to private property, and indeed, the Demsetz analysis hinges on this very fact. The conversion of some land from common to private property only materialized when contact with European fur traders rendered this conversion profitable.

The fact that not all land in even a stateless society will be privately owned has implications for ongoing debates pertaining to immigration. Some have argued that immigration problems would be “solved” in a stateless society because such a world would also be one of purely private ownership. The primary problem supposedly solved by this arrangement is that no one is forced to involuntarily associate with anyone else. Once again, the claim is straightforward. An immigrant seeking to move to any plot of land must obtain permission from the (private) owner of the land who, consistent with private ownership, freely accepts or denies the request. By contrast, an immigrant to land overseen by a state is admitted according to the whim of that state’s immigration officials. Citizens of the region must now associate with the newcomer whether they prefer to or not.

As it goes, this analysis would appear to be valid—but only for a world where transaction costs are sufficiently negligible. On an earth-sized planet, but one without states, large swathes of land are almost certain to remain common property. Of course, population growth and improved technology alter this calculus, but even with today’s population and technology levels, it would likely be true (once again, see the point about oceans above). The implication is that a stateless planet conceived of as a series of interlocking jigsaw pieces of privately owned land is inaccurate for any world of sufficiently high transaction costs. The implications of this transaction cost modification remain to be teased out. But here are a few suggestions. First, in a stateless world, there would likely be more room on earth to move “freely” about than advocates of this position hold, since they see movement at virtually every step as being hampered by the private owner “next door.” Second, preventing “unwanted” association is at least more costly than commonly maintained by this view’s defenders.

Incorporating transaction costs—in the sense defined by Allen—does not invalidate the positions expressed above. Rather, these positions can be viewed as “baseline,” zero transaction cost cases. As such, they may serve as foils in a way similar to that employed by Ronald Coase in his seminal 1960 paper. While debates about “what Coase meant” continue, a fruitful way of seeing his argument is that he did not mean to suggest that a zero transaction cost scenario is an approximation for our world. Rather, the existence of positive transaction costs serves as the engine by which we explain the diverse array of institutional arrangements that characterize social life. Indeed, evidence for this interpretation stems from his earlier 1937 paper that explores the consequences of positive transaction costs. The cases of “perfect” ownership and pricing can thus serve as benchmarks against which the zero transaction cost assumption is relaxed. Doing so opens an entirely new world of social practices and arrangements that beg for explanation.

Caleb Fuller is an assistant professor of economics at Grove City College and a faculty affiliate at the Program on Economics and Privacy.

My articlesMy books
Follow on:
Previous A win for monetarism?
Next Is China an Economic Threat?

Why Americans Are Looking for a Safe Haven from the Dollar