Protect Your Wealth Against the Law of Unintended Consequences

by
Frank Holmes
My articles My books
Follow on:
Summary:
A number of weeks ago, I told you about my visit to the New York Stock Exchange (NYSE), where we celebrated the two-year anniversary of our quantamental gold ETF. The timing couldn’t have been better. Investor sentiment in gold was surging, as was the price of the yellow metal, on plunging yields around the world and uncertainty surrounding the U.S.-China trade war. Some of the institutional investors I met with at the NYSE relayed their clients’ concerns about the state of the world economy right now. They were receiving more calls and emails lately about gold, which has been used in the past as a hedge against government policy that was well-intentioned but that ultimately had unintended consequences. I can sympathize. The United States is the strongest, most prosperous country on the


Mises Institute writes Who Profits from Militarizing the Police?

A number of weeks ago, I told you about my visit to the New York Stock Exchange (NYSE), where we celebrated the two-year anniversary of our quantamental gold ETF. The timing couldn’t have been better. Investor sentiment in gold was surging, as was the price of the yellow metal, on plunging yields around the world and uncertainty surrounding the U.S.-China trade war.

Some of the institutional investors I met with at the NYSE relayed their clients’ concerns about the state of the world economy right now. They were receiving more calls and emails lately about gold, which has been used in the past as a hedge against government policy that was well-intentioned but that ultimately had unintended consequences.

I can sympathize. The United States is the strongest, most prosperous country on the planet. This has been made possible only by free markets and the rule of law. But even the U.S. is not immune to the unintended consequences of well-intentioned policies. I believe gold is a rational investment to help protect your wealth against said policies.

The Law of Unintended Consequences

There are several recent examples. I called the Department of Labor’s (DOL) Fiduciary Rule one of the costliest financial regulations of the past 20 years. Meant to protect investors from nosebleed fees and advisors’ conflicts of interest, the rule may end up costing investors in the long run. I’ve heard from colleagues who said that a “cheaper is always better” attitude may exclude many smaller funds, ultimately giving retail investors fewer choices. Although the rule died in court last year, the DOL is expected to unveil a new version by the end of the year.

And then there’s the Recourse Rule. The little-known rule, enacted in 2001, is now widely believed by some experts to be partly responsible for the financial crisis that began in August 2007. I won’t get into the full details of what the rule did. In short, it changed banks’ capital requirements. Holding individual mortgages was given a greater risk-weight than highly-rated mortgage-backed securities (MBS), and so banks, trying to sidestep the additional capital requirements, securitized the loans—many of them “non-prime”—to which rating agencies gave the coveted AA- or AAA rating.

Those who’ve read Michael Lewis’ fabulous account of the housing bubble, The Big Short, or seen the Academy Award-winning film of the same name, know how this turned out for lenders—and, consequently, the world economy.

Over-regulation, then—as opposed to under-regulation—may have been the root cause of the worst economic crisis since the Great Depression.

“They’re Not Sending Their Best”

Adding insult to injury, it appears that some of these well-intentioned but ill-conceived rules and laws were imported directly from other parts of the world, particularly the European Union (EU). The Fiduciary Rule is a near-exact replica of the EU’s Markets in Financial Instruments Directive (MiFID II). The Recourse Rule was basically an addendum to Basel I, 1988’s series of banking regulations agreed upon by central bankers from around the world.

This is precisely the reason why some people vehemently oppose globalization. It’s precisely why the United Kingdom voted to leave the EU, why the American people elected Donald J. Trump.

“They’re not sending their best,” Trump famously said four years ago when he launched his presidential run. Of course he was referring to illegal immigrants, but he may as well have been speaking of the socialist policies the U.S. has adopted from the international community in past years.

Inflation Is Starting to Pick Up

My reason for bringing all of this up is to stress the importance of protecting your wealth, and your family’s wealth, against the law of unintended consequences. That’s why I have for years recommended that investors follow the 10 Percent Golden Rule. Gold has little to no correlation with stocks, making it an exceptional, time-tested diversifier when there’s market uncertainty. A 10 percent allocation, split between physical gold and gold mining stocks, is a rational way to the hedge against multiple headwinds right now, many of them sparked by poor government policies.

And yes, that includes trade tariffs. More than a year after the start of the U.S.-China trade war, we’re starting to see consumer prices increase. Tariffs are like taxes. Core inflation, which excludes food and energy, rose to a six-month high of 2.2 percent year-over-year in July. In the chart below, you can see that average inflation since the trade war started in March 2018 is higher than it was in the months prior.

This data becomes more tangible when you look at changes in price at specific stores. According to Gordon Haskett Research Advisers, a trip to Walmart or Target in June was nearly 5 percent more expensive than it was a year ago. That might not sound like much, but because of Walmart’s reputation of having low prices, even a slight bump up could be enough to prompt some shoppers to turn to deep-discount retailers like Dollar General, Gordon Haskett analysts say.

As I’ve pointed out before, inflation has been very constructive for the price of gold. With yields around the world falling deeper and deeper into negative territory, the yellow metal has hit new all-time highs in a number of currencies.

That includes the Canadian dollar, which is incredible news for the country’s massive metals and mining industry. Canada is the number five gold producer in the world behind the U.S., and nearly 60 percent of all global mining financings are done on either the Toronto Stock Exchange (TSX) or TSV Venture Exchange. In 2017, about 56 billion mining shares were traded in Canada, for a total value of C$206 billion. Last month, I highlighted several junior, mostly-Canadian miners that have made some monster moves lately thanks to higher metal prices in the local currency.

So will gold hit an all-time high in U.S. dollars? Already some analysts are making forecasts for $2,000 an ounce gold.

Speaking to CNBC this week, Daniel Ghali, a TD Securities commodities trader, said that as the pool of negative-yielding debt expands, “I could see a case for gold at $2,000.”

I could see this happening as well, especially if nominal Treasury yields turned negative. That’s no longer an absurd notion, says PIMCO’s global economic advisor, Joachim Fels. This week former Federal Reserve Chairman Alan Greenspan echoed that sentiment, telling Bloomberg that there’s “no barrier for U.S. Treasury yields going below zero. Zero has no meaning, besides being a certain level.”

Besides gold, municipal bonds are highly sought by investors right now due to their history of steady performance in good as well as bad times. Look at the chart below. State and local debt was up in most years going back to 1981, when during recessional years. Over the past 38 years, munis have delivered an impressive average annual return of 6.8 percent.

It’s no surprise, then, that inflows into muni bond mutual funds have done so well this year.
Investments were up 58 percent in the week ended August 7, for the 31st straight week of positive flows, according to the Investment Company Institute (ICI). Year-to-date, investors have added a whopping $58.3 billion to funds that invest in munis. Remember to follow the money!

Curious to know what’s next for gold? Check out my latest Frank Talk Live! episode by clicking here! 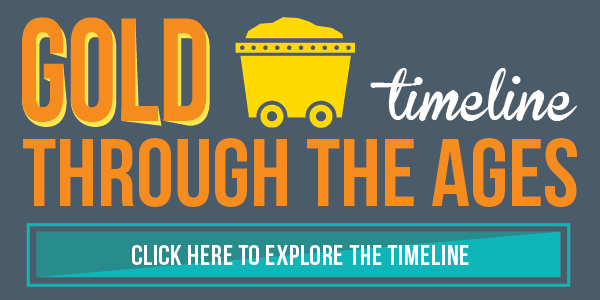 My articlesMy books
Follow on:
Previous Negative Yields Tell A Story Of Shifting Economic Leadership
Next A Wobbling Stock Market

Lost Within The Rate Cut: The Fed’s Drive To Establish A New Payment System