It’s Too Late to Fix This Financial Armageddon! 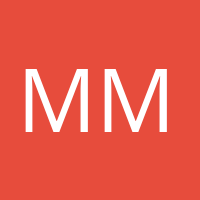 by
Mike Maloney
My articles My books
Follow on:
Summary:
“It’s a cycle” says Mike Maloney in this new video with Jeff Berwick of Dollar Vigilante. And the cycle says we’re headed into hard times. Check out the meme Mike got from his producer, Dan, and how it fits with where we stand today. Mike admits that it worries him where we’re headed. Mike states emphatically that it’s too late to avoid financial Armageddon, due to the massive dilution of the currency, no viable options for central bankers, and that the debt can never be repaid. It’s not just Mike saying this: as he and Jeff discuss, the former governor of the Bank of England, Mervyn King, said “the world is heading for a political and economic crisis which could unleash a financial Armageddon… we are sleepwalking toward a crisis.” In his keynote speech to financial


SchiffGold writes Could We Have a Free Market in Money?

Mises Institute writes The Impossibility of “Taxation with Representation”

The Impossibility of “Taxation with Representation”

My articlesMy books
Follow on:
Previous Markets Redirect Their Focus To Tomorrow’s FOMC
Next Vito Bialla Defines a Core Attribute of Entrepreneurship