Home / Jay Taylor /Was March 23, 2020 an Inflection toward Hyperinflation?

Was March 23, 2020 an Inflection toward Hyperinflation? 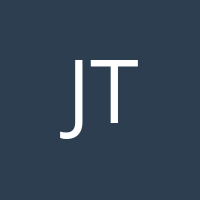 by
Jay Taylor
My articles My books
Follow on:
Summary:
America’s moral standing in the world has been increasingly in decline, especially since our World War II victory followed by the enabling of endless foreign wars and regime changes not aimed at making this a better world but to enable a rising elite in America to grab more power and wealth for themselves. President Nixon’s removal of gold from the dollar in 1971 enabled America to kill hundreds of thousands of innocent human beings in foreign lands. It also paved the way for our ruling elite who were located closest to the Federal Reserve feeding trough to use their ill-gotten gains to wrestle political power from the people, to themselves, toward the Military Industrial Complex, and to various other out-of-control government bureaucracies that have virtually emasculated the legislative


Mises Institute writes Who Profits from Militarizing the Police?

America’s moral standing in the world has been increasingly in decline, especially since our World War II victory followed by the enabling of endless foreign wars and regime changes not aimed at making this a better world but to enable a rising elite in America to grab more power and wealth for themselves. President Nixon’s removal of gold from the dollar in 1971 enabled America to kill hundreds of thousands of innocent human beings in foreign lands. It also paved the way for our ruling elite who were located closest to the Federal Reserve feeding trough to use their ill-gotten gains to wrestle political power from the people, to themselves, toward the Military Industrial Complex, and to various other out-of-control government bureaucracies that have virtually emasculated the legislative process as power has flowed away from the people to bureaucrats.

To retain and increase its power to dominate the world, the U.S. had to orchestrate chronic traded deficits that would lead to the destruction of higher paying middle-class jobs. With chronic trade deficits, billions upon billions and now trillions upon trillions of dollars build up in the global economy. With such dominance and massive liquidity, backed by military pressure on countries to use the dollar, the U.S. has been able to hold the world’s reserve currency for several decades now. That has enabled Americans to live beyond their means. The Federal Reserve has created debt-based dollars out of thin air that then have been used to buy endless quantities of foreign manufactured goods, which used to be produced in the U.S. while the world was still on a gold standard. Lower income groups still did well during the inflationary 1970s when the stock market was down even more than during the Great Depression when inflation was factored in. But as the chart on your left illustrates, now virtually all income growth in the U.S. flows to the super wealthy as lower incomes continue to decline.

The ruling elite are very happy about this status quo, which is why they have tried to use every legal and illegal means possible to overthrow President Trump. It seems likely that the latest unverified rumors that President Trump knew Putin was paying a bounty to Afghans to kill American soldiers is just another lie aimed at making sure he is not reelected.

However, no matter how the 2020 election plays out, the fact is that the U.S. economy and its reserve currency are in deep trouble. While debasing the dollar by detaching gold from the international monetary system has worked for several decades to enable an American elite to become filthy rich and to seek to share power in a one world government, the handwriting is on the wall. The American economy is headed for a depression that is likely greater than that of the 1930s for the dollar and the easy life we Americans have enjoyed for several decades by tapping into our credit lines to buy cheap Chinese goods.

If as Alasdair Macleod is right, the dollar’s demise, which will have an earth-shatteringly negative impact on the lives of Americans, will start to take place before the end of 2020. Alasdair will be on my radio show on Tuesday, July 7. You can listen live here, https://www.voiceamerica.com/Show/1501, between 3:00 PM and 4:00 PM New York time. It will be archived on my YouTube channel the following day:  https://www.youtube.com/channel/UCXcq-qJrGjfXIMwcJ9jdmIw. I hope to have Alasdair explain why he believes the dollar’s demise is so close at hand.

Alasdair observed that March 22 and March 23 marked a major turning point in the market that he believes marks an inflection point for dramatically rising prices. Based on the following essays that Alasdair has written over the past three weeks, here are some major points that lead him to believe the day is fast approaching when the dollar will head toward the eternal home of all fiat currencies, namely the dustbin of history.

In the June 18 article, Alasdair stated: “The early morning of Monday, 23 March was a significant time, marking the top of the dollar’s trade-weighted index. At the same time, gold, silver and copper prices, having fallen in the weeks before turned sharply higher. And while oil initially followed, it was a month before it resumed its uptrend — delayed by the delivery hiatus in the futures markets which briefly drove the price negative. The S&P 500 rallied the following day, ending a near 30% decline before recovering all of it, and then some.”

“The performance of the S&P 500 since 23 March, being unhinged from any business conditions, gives us a clue: the flood of money emanating from the Fed is fuelling stock prices. It is also fuelling prices of all other financial assets.”

Following are some of the key points Alasdair made in his June 18 missive:

Alasdair continued: Just imagine the consequences of a systemic failure. The spell cast over financial assets will be broken. First, investors and speculators are likely to turn their attention to equities, being obviously the most overvalued financial assets at a time of intensifying crisis. Foreign investors will join, selling down their portfolio exposure, repatriating some, if not all of the proceeds by selling dollars as well. Next, with a falling dollar and a growing sensitivity to the political aspect of the crisis, market participants will reassess the US Government’s funding requirements and question the yield suppression policy of the Fed. Dollar selling seems bound to intensify.

It will then become obvious to everyone that the Fed is sacrificing the dollar in order to fund the government, keep the banking system going and to support the economy by attempting to provide the liquidity to defray supply chain failures. It will already be demonstrably failing to support financial asset prices, which has become the visible manifestation of a successful monetary policy. It would be a miracle if this failure, in Trump’s election year with a socialistic president being lined up by the Democrats, does not lead to a full-blown financial and dollar crisis.

Unless the Fed can raise interest rates to the point where it is too expensive for speculators to short the dollar (which we can rule out), it will enter the second phase of its collapse, driven by US residents realising the dollar is losing purchasing power, rather than prices rising. The purchasing power of any money depends on the balance between money and goods maintained by its users. If they collectively reject the money in favour of goods, then money’s purchasing power declines, potentially to zero. Following foreign selling, this is the second phase of the destruction of a fiat currency, which in past examples have taken roughly six months for it to become worthless.

Alasdair’s June 18 article set the stage for his next two articles, the overview of which he provided as follows:

This article describes how China can escape the fate of a dollar collapse by tying the yuan to gold. There is little doubt she has access to sufficient gold. Currently, her interest is to preserve the dollar, not destroy it, because it is the principal means of Chinese foreign interests being secured.

Furthermore, a return to sound money requires China to reverse its interventionism under Xi, returning to Deng Xiaoping’s original vision. Sound money can only last if the relationship between the state and the wider economy is properly addressed.

Of all the major economies, China’s is best placed to implement a sound money solution. At the moment it seems unlikely the necessary reforms will be forthcoming; but a general collapse of the global fiat currency regime presents the opportunity for reassessment and change.

With stock markets barely ruffled, few are thinking beyond the very short-term and they are mostly guessing anyway. Other than possibly the very short-term as we emerge from lockdowns, the economic situation is actually dire, and any hope of a V-shaped recovery is wishful thinking or just brokers’ propaganda. But for now, monetary policy is to buy off all reality by printing money without limit and almost no one is thinking about the consequences.

Transmitting money into the real economy is proving difficult, with banks wanting to reduce their balance sheets, and very reluctant to expand credit. Furthermore, banks are weaker today than ahead of the last credit crisis, and payment failures on the June quarter-day just passed could trigger a systemic crisis before this month is out.

Sooner or later bank failures are inevitable and will be a wake-up call for markets. Monetary inflation will then become an obvious issue as central banks and government treasury departments become desperate to prevent an economic slump by doing the only thing they know; inflate or die.

Foreigners, who are incredibly long of dollars and dollar assets will almost certainly start a chain of events leading to significant falls in the dollar’s purchasing power. And when ordinary Americans finally begin to discard their dollars in favour of goods, the dollar will be finished along with all fiat currencies that are tied to it.

Hyperinflation charts display hockey stick patterns. Usually there is a persistent though mild rise in prices and then suddenly they “turn on a dime” with an upward trajectory to the heavens. Alasdair Macleod suggests that March 23 may have been the inflection point where gently rising prices suddenly became moon shots. Actually, those of us of the Austrian school of economic thought saw this coming. Most of us have marveled that the con artists who run America and our banking system could keep it intact this long. Still, the vast majority of people still do not see what is about to hit them.

Count yourself fortunate that you are aware. Only God knows how the unfolding revolution in America is taking shape. Life, Liberty, and the Pursuit of Happiness as our Founding Fathers envisioned it seems to be all but gone. But at least if you have purchased some tangible monetary assets like gold and silver and their derivatives like gold and silver shares, from a material point of view you will be miles ahead of most Americans who have been kept down on the mushroom farm (propagandists feed us fecal matter and keep us in the dark). A bigger concern for all of us needs to be in the spiritual realm because when this hellish totalitarian regime that is being planned for us takes over, many if not most of us will be longing for the eternal blessings promised our Creator’s written word—The Bible.

My articlesMy books
Follow on:
Previous Michael Hardin on Sacrifice vs. the Gospel of Peace
Next What Are Zombie Corporations?