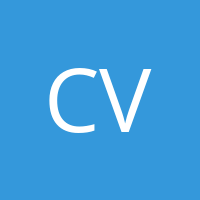 Platinum may be setting up in a technical pattern that is similar to the end of 2001/early 2002.  At that time, Gold had already begun to rally above $340 and Platinum had rallied to levels above $600.  Then, while Gold continued to rally, Platinum contracted to price levels near $400 on diminishing volume.  Once that contraction was complete, Platinum began and upside price move with stronger volume levels which lasted almost seven years – reaching a peak above $2,300.  Could the same setup be happening right now?

The upside price move in Gold may be the key to understanding the potential for an upside price move in Platinum.  Gold has already rallied from $1,340 to over $1,000 over the past 12+ months while Platinum has moved lower from $2,000 to $800 and has recently started forming a rounded bottom formation.  The deep price decline in Platinum in March 2020 setup a very deep low near $562.  We believe the diminishing volume and deep low bottom setup in Platinum are mirroring the 2002 deep bottom setup and starting a potentially strong rally for Platinum.

This Platinum Monthly chart below shows the 2000 to 2010 rally, including the 2002 deep bottom setup and volume setup, suggests that once Platinum rallied above the previous high price level near $641, the opportunity for a continued upside price rally was consistent.  We believe the basis for this move was the continued upside price rally in Gold.  As Gold began to appreciate, Platinum continued to appreciate and trend higher – following Gold’s lead.

Be sure to opt-in to our free market trend signals before closing this page so you don’t miss our next special report!

The following Weekly Platinum chart highlights the setup in Platinum we believe may prompt a big upside breakout move soon.  The diminishing volume throughout a downside price trend – followed by increasing volume throughout a recovery, and eventual breakout of the resistance level near $1,050.50. We would watch for Gold to continue to rally over the next 12+ weeks, while the volume levels increase in Platinum as it attempts to close in on the $1,050.50 price level.  Once that level is breached to the upside, we would expect volume levels to continue to increase (on average) as both Gold and Platinum are considered as a “pair of fear hedge metals” and continue to rally up to a peak.

As many of you may already know, we love the metals and we love to apply our technical analysis skills and pattern research onto these charts.  Could you imagine the scope of the rally that is setting up in Platinum mirrors the 2003 to 2010 price rally – just waiting for this breakout pattern to complete?

Get ready because this could be one over the biggest upside price moves in precious metals that anyone has ever seen since the 2003 to 2010 rally.  This might push Gold above $7,500 an ounce and may push Platinum above $3,400 per ounce.  Guess where Silver prices should be at those levels?? (we’ll give you a hint: somewhere north of $125 per ounce).

If you found this informative, then sign up now to get a pre-market video every day before the opening bell that walks you through the charts and my proprietary technical analysis of all of the major assets classes. You will also receive my easy-to-follow ETF swing trades that always include an entry price, a stop, two exit targets, as well as a recommended position sizing. Visit my Active ETF Trading Newsletter to learn more.

While many of you have trading accounts, our most important accounts are long-term buy-and-hold investment accounts. Our signals can help you preserve and even grow your long term capital. If you have any type of long-term investment or retirement account and are looking for signals as to when to own equities, bonds, or cash, be sure to become a member of my Long-Term Investing Signals, which includes a weekly market update and trade alerts.

NOTICE: Our free research does not constitute a trade recommendation or solicitation for our readers to take any action regarding this research.  It is provided for educational purposes only.  Visit our web site (www.thetechnicaltraders.com) to learn how to take advantage of our members-only research and trading signals.

My articlesMy books
Follow on:
Previous Why Americans Are Looking for a Safe Haven from the Dollar
Next Gold Needs to “Glow Up”