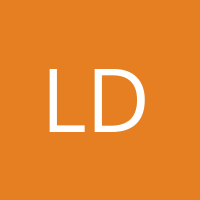 by
Linh Dinh
My articles My books
Follow on:
Summary:
My last three years in high school, I was in Northern Virginia. I hung out at Springfield Mall and Wakefield Recreation Center. Though I had lame handles and an erratic shot, I still managed to get into pickup games, and each time I hoisted up a brick, my buddy, Kelvin Nash, would holler, “Riceman!” I was supposed to fill it up, you see, but rarely did. Son of a lawyer, Kelvin is now a real estate agent in Dallas. He married his college sweetheart, with whom he lost his virginity. So much for black sexual precocity. I worked at McDonald’s. After I got a Mustang II, I ventured further afield. I’d go to DC to scrutinize the National Gallery and Hirschhorn, and snoop around Georgetown a bit. I checked out Old Town Alexandria, and

An Aspect of the Con

Give Peace a Chance, or Give the Surreal a Chance?

My last three years in high school, I was in Northern Virginia. I hung out at Springfield Mall and Wakefield Recreation Center. Though I had lame handles and an erratic shot, I still managed to get into pickup games, and each time I hoisted up a brick, my buddy, Kelvin Nash, would holler, “Riceman!” I was supposed to fill it up, you see, but rarely did. Son of a lawyer, Kelvin is now a real estate agent in Dallas. He married his college sweetheart, with whom he lost his virginity. So much for black sexual precocity.

I worked at McDonald’s. After I got a Mustang II, I ventured further afield. I’d go to DC to scrutinize the National Gallery and Hirschhorn, and snoop around Georgetown a bit. I checked out Old Town Alexandria, and even drove to Baltimore to catch Orioles games against my eternally shipwrecked Mariners. With its chewed up turf and view obstructing poles, Memorial Stadium was a gritty, well-tattooed sweetheart who called everyone hon. Once, an M’s outfielder just stared in disbelief at my screaming self, with my trident cap and pennant, all marooned in an empty section. That year the M’s were only, I don’t know, a hundred games below .500.

Excursions to any city remained rare. I was a suburban kid, so shopping malls like Springfield, Tyson Corner and Seven Corners were my main hangouts, where I encountered my community, outside school. There was no Main Street in Springfield or Annandale.

Andrew Yang, “Malls used to be a hub for socialization and commerce in many American communities. They were where families would go shopping for school supplies before grabbing dinner and catching a movie. Teens would have their first jobs working retail there and spend their Friday nights with friends. A local mall was an economic boon.”

Hundreds have closed, with the rest barely surviving, so if elected president, Yang will try to convert these dead malls into offices, churches and recreational centers, “We should provide incentives and funds to help more developers reinvent these buildings and spaces. I’ve been in one giant office that used to be a mall and it was great, with tons of parking.”

Maybe they should become apartments or even homeless shelters, but there won’t be hardly any sidewalk dwellers, you see, because Yang plans on giving every American $1,000 a month, but the glitch in this plan is that the country itself is worse than bankrupt, a fact that will become increasingly stark, stinking and messy well before the next Puppet-in-Chief is installed. With its manufacturing gone, the US could still hope to become a nation of wheat, corn and soybean peasants, but even that modest aim has been battered by unprecedented storms, droughts and an unblinking China.

A recent headline in the New Republic, “I Work With Suicidal Farmers. It’s Becoming Too Much to Bear.” In Menomonie, Iowa, there’s a corn maze with “Your life MATTERS” and a suicide number hotline carved into it.

In Saigon this week, I spent a couple of hours each day in a shopping mall, Aeon, that’s miles from downtown. As soon as its vast, well stocked supermarket and adjacent food stands open at 8AM, people flood in, and they can’t wait until the rest of the shops, on four levels, start their business day. Since Aeon is Japanese owned, all store employees must bow deeply to greet this first rush of patrons.

I was in Saigon in 2000 when Vietnam’s first shopping mall, Thuận Kiều Plaza, opened, but back then, people simply trooped in to see what is was all about, without buying hardly anything. They winced at the prices. Now, shopping centers have sprouted all over Vietnam, and their main attraction is a taste of the West. They’re selling whiteness, and Vietnamese are buying, since they have much more cash than two decades ago.

At Aeon, most of the advertising models are white, mannequins have blonde or brown hair, and English is ubiquitous, not to be understood so much as to lend cachet. Even Vietnamese businesses have English names, My Kingdom, Smoothie Town or Ocean Coffee, etc. On a bowling alley poster, three white faces are smiling so earnestly, they look insane. Frozen joy, or joy in rigor mortis. In Aeon’s theaters, four of the six featured movies are American, with the remainders from Hong Kong and Korea.

At iBasic, a Vietnamese chain, there’s a promotion, “USA UNDERWEAR DAY.” On the poster is a man, a woman, a boy and a girl, all white, of course, though the boy appears biracial, so maybe he’s the adoptee in this fictional family. An American flag is draped on a chair.

Many shoppers wear clothes with English writing. An intense woman in her early 20’s has this on her breasts, “WARNING: YOU MUST FALL IN LOVE WITH ME.” A sumotori-proportioned four-year-old boy is emblazoned, “ROUGH / LIVE LIKE IT.” A six-year-old girl clearly has no clue what’s on her black T-shirt, “TO HELL WITH EVERYTHING.” A chunky woman flaunts this on her brown denim jacket, “NEWYORK ANGERS.”

A seven-year-old is tricked out like an American cop, with an oversized toy gun awkwardly shoved into his pant pocket. On the back of his blue uniform, “POLICE” is proudly displayed. The Stars and Stripes, Captain America, Mickey Mouse and Minnie regularly appear. It’s almost cosplay, each trip to a Vietnamese mall.

I pause to examine a baby blue tank top on a hanger. Beneath “GAME TO EAT / LET ME BECOME MORE POWERFUL” are four depictions of an alligator elongating as he devours a frog, turtle and ostrich. “JUNGLETTIGER / LIVING FOR YOURSELF” is the final message at the bottom.

As for American food, Aeon Mall has KFC, Texas Chicken, Baskin Robbins and Pizza Hut, not to mention the burgers and fried chicken from Lotteria, the Japanese chain, or the burgers, ribs, wings, pizzas and American styled pastas at Al Fresco’s, based in Hanoi.

At Vietnamese KFC’s, you can get a piece of fried chicken, cucumber, carrot and lettuce wrapped in seaweed, or you can try the legendary Chizza. Available only in Oriental countries, the Vietnamese version has onion and seaweed-embedded mozzarella, and no marinara sauce, on top of the chicken. Though critics have tried to outdo each other in poo pooing it, the Chizza is a hit. Singaporean Rahil Bhagat laments in cnet, “Each bite of the Chizza showed me regret does indeed have a taste.”

At Aeon, US businesses are limited to these few fast food joints, with the rest belonging to Japanese, Vietnamese, Koreans, Singaporeans, Taiwanese and even a Spaniard, with his Mango clothing boutique.

There’s a play area, Molly Fantasy, that has a miniature burger joint, ice cream parlor, flower shop, cake bakery and fire station, with everything cute and idyllic. A child’s fantasy of an American Main Street, it’s a bizarre contrast to the more typical thrift stores, pawn shops, down and out bars, tattoo parlors, boarded up windows and sun-bleached FOR SALE signs.

In an Aeon elevator, there’s a travel ad, “GREET AUTUMN IN THE US / “BEAUTIFUL” PRICE / YOU DON’T HAVE TO THINK ABOUT IT.” Although there’s an image of the Statue of Liberty and Golden Gate Bridge, you’ll only visit Los Angeles, Hollywood, Las Vegas and Hoover Dam on this $1,295.79 “AMERICAN WEST COAST” tour of seven-days, two of which you’ll spend on a plane. Since Hollywood is an LA neighborhood, and Hoover Dam is just outside Vegas, you’ll go home with only the briefest glimpses of two American cities.

Ah, but the four-hour bus ride between them will leave a deep impression of how vast and empty America is, which means it can certainly absorb many more immigrants, such as you and your entire extended family, for example. With its endless freeways filled with huge cars and trucks, and all its homes seemingly vast and boasting a front lawn and back, America is indeed that golden beckoning sign on a Benjamin-carpeted hill.

What you won’t see are the many thousands of homeless Americans living in squalor on Skid Row sidewalks, or sprawled around Union Station, up Main Street to City Hall, and onto Broadway. Nor will you see the beat up luggage, ratty mattresses, shopping carts, tents and garbage along the Strand in Venice Beach. LA’s roofless are everywhere, really, in Duarte, El Monte, Carson, Marina del Rey, Citrus and San Dimas, on and on. They’re just not visible in the handful of spots you’re chaperoned to.

Millions of Americans with homes and jobs are also not coping that well, judging by the out of control opioid crisis, but of course, you’ll have no inklings of that either, for most of the Americans you’ll encounter at Huntington Beach, The Strip or Premium Outlets Mall seem quite content and, well, huge, so these people must have no problems stuffing themselves. You’ll go home without any idea of how lonely, hopeless and angry the US has become.

Vietnamese who can’t make it to America must settle for trips to places like the Aeon Mall, for it’s really a theme park, featuring the USA and whiteness. This is how white people live, supposedly.

In Philadelphia, my wife worked for a decade in a rundown mall, The Gallery. It was a magnet for dollar store browsers, broke assed idlers, the filthy homeless and often unruly high schoolers. Since fights would break out and arrests made, it was hardly a family destination. My wife witnessed quite a bit, but you don’t have to be an urban mall employee to know that mall disturbances, including shoplifting flash mobs and even riots, are no longer unusual in America.

Normally oblivious, even the New York Times couldn’t ignore this trend, “Chaos Strikes More Than a Dozen Malls, Disrupting Post-Christmas Shopping” [12-27-2016]. Of course, your “newspaper of record” couldn’t acknowledge that nearly all the “feuding teenagers” were black.

Last year, I gushed about Jonathan’s, a Japanese restaurant chain that’s “an evocation of a much gentler and cheesier America,” with many of its offerings Japanese spins on American comfort food. As the brick and mortar United States is increasingly looted, dismantled or even burnt down, its mythic version will survive, in tiny bits, across the globe, until that, too, fades away.

Reprinted with the author’s permission.

My articlesMy books
Follow on:
Previous The Internal War in the Deep Stat Claims Its High Profile Casualty:
Next ‘Zero Has No Meaning’ Says Greenspan

Bob Graboyes: From Fortress to Frontier in American Healthcare