Home / Jack Kerwick /Time To Crush the Bad Guys: What Is Warrior Flow?

Time To Crush the Bad Guys: What Is Warrior Flow? 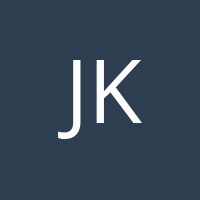 by
Jack Kerwick
My articles My books
Follow on:
Summary:
There isn’t a day that passes that we aren’t informed of multiple accounts of senseless, i.e. evil, acts of violence befalling otherwise innocent human beings. Whether the perpetrators of this wickedness are internationally-recognized terrorists, gangsters, run-of-the-mill street “tough guys,” or political zealots unleashing violence against those who they brand “fascists” and “white supremacists,” the bottom line is this: The decent need to have both the capability and the will to defend themselves, their loved ones, and other innocents against the predatory machinations of those who would prey upon them. The decent need to possess both the capability and the will to make the predator into the prey, to instill fear into the

Tyler Durden writes Is Turkey Drilling For Oil & Gas In The Wrong Sea?

The Canonization of John Lewis

There isn’t a day that passes that we aren’t informed of multiple accounts of senseless, i.e. evil, acts of violence befalling otherwise innocent human beings.

Whether the perpetrators of this wickedness are internationally-recognized terrorists, gangsters, run-of-the-mill street “tough guys,” or political zealots unleashing violence against those who they brand “fascists” and “white supremacists,” the bottom line is this:

The decent need to have both the capability and the will to defend themselves, their loved ones, and other innocents against the predatory machinations of those who would prey upon them.

The decent need to possess both the capability and the will to make the predator into the prey, to instill fear into the savages who live for the sake of making the decent fearful.

This is the message communicated in no uncertain terms by Warrior Flow, a variant of a broader tradition of self-defense/combat generally known as, “Close-Quarter World War II Combatives.”

Warrior Flow is founded by Al Ridenhour, a retired Lieutenant-Colonel of the United States Marine Corps who engaged in multiple tours of duty and some 100 combat operations in such hellholes as Iraq and Afghanistan.  Having already acquired a reasonably extensive background in the martial arts, Ridenhour was tasked with the responsibility of training his Marines in armed and unarmed, hand-to-hand combat.

Today, Colonel Al has four decades of martial arts training behind him.  The last three of these decades have been spent ascending through the ranks of Guided Chaos—a revolutionary self-defense system founded by retired Yonkers, New York law enforcement officer John Perkins—to become its Senior Master-Instructor.

Now, after having spent countless hours experiencing, observing, and analyzing the principles and concepts of Guided Chaos; after having pursued the implications intimated by their own logic, implications that have yet to be explored to the extent that he is now exploring them, Master Al is founding Warrior Flow.

In the interest of full disclosure, I feel the need to reveal that this art is the art in which I am training.  I am making not a penny from promoting it.  I share the good news about Warrior Flow because I am convinced—I know—that just as it is changing my life, so too does it promise to change other people’s lives for the better.

Most importantly, I want for good people to be able to decimate the thugs and punks who would otherwise maim and kill them.

I am still but a student (of course, its instructors, masters, and Master Al himself would all insist, as any remotely decent teacher in any discipline would be the first to insist, that since the learning never stops, they too are always and forever students).  This overview of Warrior Flow consists of my own reflections on it.  If I am mistaken, I most assuredly will be corrected.

Warrior Flow belongs to a fundamentally different league than that of which any of the pugilistic sports and arts of a piece.  It is a system of self-defense that, as such, is not only incompatible with all “combat” systems designed for competitive purposes; Warrior Flow is incommensurable with the latter as well: The terms—the training modalities—of the one can’t even be translated into those of the other.

The legendary Bradley Steiner, founder of American Combato and teacher of self-defense/combat for over 50 years, summed up the philosophy behind this approach back in the 1970s:

“Self-defense is war in microcosm.”

Master Al echoes this sentiment when he says that real fights are akin to war.  What this in turn means is that if a person must fight, then he has but one of two options: He must either “go big” or “go home.” He must either neutralize the threat by whichever means necessary or else he has no business fighting in the first place.

To put it another way, the way that Master Al usually frames this same point, anyone who must fight must have not just the skill but, more importantly, the will, the “ruthless intent,” to kill the bad guys—and regardless of how many bad guys there are.  This is correct: Warrior Flow seeks to equip the good guys (and gals) with the resources (in ability and will) to defeat multiple attackers.  Master Al is unequivocal on this score: “If you have more than one attacker, then every one of them must die.”

Yes, training to be a warrior in Warrior Flow is not just a matter of learning how to strike from every physiologically possible angle; it just as much, at least as much, consists in transforming the mind.  A warrior’s psyche is such that, while it is always oriented toward peace, it can—it will—at less than a second’s notice, and for the sake of that peace, visit unrelenting violence upon those who would preclude peace by savaging innocents.

To the objection that this prescription is excessive, that since most street attackers do not intend to kill those upon whom they set their sights, they do not deserve to be killed by those on whom they prey, Master Al has a reply ready at hand:

Predators are trying to kill their victims.

Admittedly, they may not, and possibly often are not, subjectively motivated by a desire to murder their victims.  But, as it seemed obvious to everyone around the world before Descartes facilitated the shift to modern philosophy, actions are distinguished on account of, not the subjective intentions of their agents, but the logic of the act itself.  This explains why and how it is that a person who inadvertently kills another while, say, driving while intoxicated is prosecuted for vehicular manslaughter: That the driver didn’t subjectively intend to harm, much less kill, anyone is utterly irrelevant to the question regarding his guilt in the matter.

Similarly, a person who physically attacks another, though he may not deliberately seek to murder the latter, nevertheless engages in an action that can lead to the death of the person attacked.  At any rate, it’s self-evident that he means to harm the person upon whom he unleashes violence, and this is all the justification that a person attacked needs to “attack the attacker,” as Professor Bradley Steiner long ago put it.

Warrior Flow is designed to enable people of any age and body type to achieve the level of “subconscious competence,” i.e. a state at which it will become second nature for them to move within their own bodies, with whichever injuries and handicaps they acquired over their lives, in such a way as to become both “unavailable” to an attacker’s onslaught and, crucially, “unavoidable.”

In other words, this body mastery that Warrior Flow cultivates in its students allows them to pummel an offender with “bone-crushing power,” as Master Al has referred to it, while evading the enemy’s strikes.

Regrettably, neither the dominant intellectual traditions of Western civilization nor contemporary political discourse pay sufficient attention to the role of the body, the physical, in life.  But in relegating it to the periphery, if not eliminating it from consideration altogether, Western thought has edited out of the human condition one of its essential dimensions.  Consequently, its airy theoretical characterizations of human life have determined the topics of which it has sought to make issues, issues having little to nothing to do with the role of raw, physical fear in everyday decision-making—including the decision-making of those in the “opinion-making” fields.

One of the unique insights of Warrior Flow’s founder and a theme around which this art coalesces is that fear is felt first and foremost in the body; it’s not experienced primarily as thoughts in the head.  What this means is that attempts to manage or rid oneself of fear by way of so many proverbial conversations on the psychologist’s couch fail because they are bound to fail.

They fail because the body is ignored.

As an antidote to this situation, Master Al, in what strikes this observer as a fundamentally revolutionary move, seeks to help his students manage and channel their own raw fears by way of helping them achieve bodily mastery.

The potential warrior resides in everyone.  This is the major premise of Warrior Flow.  Good people, liberty-loving people, should stop turning to the government for protection and instead seek to realize that potential warrior within themselves.

It’s time for the violent scum who in a past life would have preyed upon the decent to now fear, with a paralyzing fear, becoming the prey themselves.

Warrior Flow can make this transformation from one era to another happen.

My articlesMy books
Follow on:
Previous An Exposition of Romans 13
Next There Are Things Worth Fighting For, and Fates Far Worse Than Death

White Men’s Lives Matter – How Many People Are Killed By Police In The US?