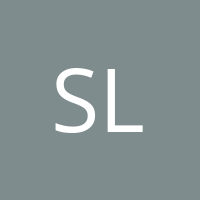 by
Stephen Lendman
My articles My books
Follow on:
Summary:
Activist embassy protectors were invited into Venezuela’s Washington diplomatic facility by its legitimate ruling authorities in Caracas. According to the Vienna Convention on Diplomatic Relations, the premises of embassies, consulates, and other diplomatic facilities are inviolable territory — no one permitted inside without head of mission permission. The illegal seizure of Venezuela’s DC embassy and arrest of activist protectors were unprecedented acts of US diplomatic piracy. The Bolivarian Republic’s Deputy Foreign Minister Carlos Ron denounced what happened, calling the Trump regime’s action a flagrant international law violation, adding: “We do not authorize any of the coup leaders to enter our embassy in Washington DC. We

Why You Might Rent Yourself A Mustang This Weekend

Sickness Is the Health of the State

For Whom The Covid-19 Bell Tolls: What Left-Wingers Never Thought Would Happen: Homeschooling, Self-Care, Vitamins in Place of Vaccines, and Even Gold-Backed Money.

According to the Vienna Convention on Diplomatic Relations, the premises of embassies, consulates, and other diplomatic facilities are inviolable territory — no one permitted inside without head of mission permission.

The illegal seizure of Venezuela’s DC embassy and arrest of activist protectors were unprecedented acts of US diplomatic piracy.

Activists David Paul, Margaret Flowers, Kevin Zeese, and Professor of Anthropology Adrienne Pine were unlawfully arrested and charged with  “trespassing and interfering with the US Department of State’s protective functions (sic),” adding:

“The individuals were arrested on a criminal complaint charging them with a violation of 18 USC § 118, Interference with Protective Functions of the Department of State (sic), for knowingly and willingly obstructing, resisting, or interfering with a federal law enforcement agent engaged, within the United States (sic)…”

Activists charged face possible imprisonment for up to one year and a $1,000 fine — for lawfully defending the diplomatic property of the Bolivarian Republic, living in the embassy at great personal risk from April 10 until unlawfully arrested on May 16.

President Maduro, Foreign Minister Arreaza, and other Venezuelan officials thanked them for courageously supporting the rule of law the US repeatedly flouts.

On Friday, the four activists appeared before Magistrate Judge G. Michael Harvey in the US District Court for the District of Columbia. Conditionally released, their next court date is scheduled for June 12.

US attorney Danielle Rosborough is prosecuting the case for the Trump regime. Zeese said he and fellow activists intend “mak(ing) the case that there is a legitimate government, that the Vienna convention was violated, that this was an inappropriate and unlawful arrest,” expressing confidence of exoneration.

In Police State America, due process and equal justice under law don’t apply when US ruling authorities want their way enforced.

Still, Trump regime hardliners may not want the unlawful embassy takeover and arrests to become a rallying cry for greater activism against their anti-Bolivarian actions.

They may not want the incident to get greater publicity than already, perhaps agreeing to drop charges, subject to conditions imposed.

On Thursday in court, they were ordered to stay away from 10 Venezuelan diplomatic missions controlled by imposter Guaido’s US representatives.

This and other restrictions may be the price for avoiding imprisonment and a fine when prosecutorial proceedings begin.

Though given Trump regime toughness against Chelsea Manning, nothing is certain when the activists return to court in June.

Manning was reimprisoned last week for again invoking her constitutional right to remain silent, refusing to give grand jury testimony, saying she “cannot be coerced,” stressing:

“The government cannot build a prison bad enough, cannot create a system worse than the idea that I would ever change my principles,” adding she’d “rather starve to death” than violate them.

In response to the arrest of Venezuelan embassy protectors, Pine said the following:

“A successful coup in Venezuela would have even broader consequences than those I have witnessed in Honduras. It would lead to civil war, and would most likely quickly escalate to a global conflict.”

“If, by trying to protect the Venezuela embassy, I can help my government from leading the world into this nightmare scenario, it will be well worth the potential damage to my career.”

Pine is a Honduran expert. Under US installed fascist rule, she witnessed firsthand what she called “invisible genocide” in the country.

She called the Honduran “militarized capitalism/neoliberal fascis(t)” model devastating for the rights, welfare, and dignity of its long-suffering people.

A state of siege exists in the country. Human and civil rights violations are horrific. Killings, beatings, disappearances, intimidation, and torture are commonplace.

What’s happening in Honduras and other nations run by US installed despots is coming to Venezuela if the Trump regime’s coup plot succeeds.

The same fate awaits Iran and other nations on the US target list, wanting tyranny replacing the sovereign rights of their people — what the scourge of imperialism is all about.

Reprinted with permission from Stephen Lendman.

My articlesMy books
Follow on:
Previous The Origins of the Deep State in Noth America
Next Venezuela, Iran

Tariffs Are Attacks on Property Rights and Freedom