Are Supplements Worth Taking? 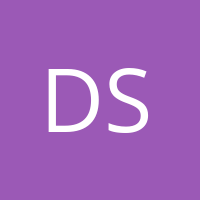 by
Dr. Mark Sircus
My articles My books
Follow on:
Summary:
Through the years most of us have seen essays that try to turn people off to supplements. And most of us have read from the mainstream that diet does not really matter and it is perfectly fine, according to many oncologists, that after one goes home it is perfectly OK to have a whisky or martini. There are still dinosauric type of doctors that still insist emotions don’t matter in medicine either. To be fair, before going into this essay, know that I make a difference between supplementation and concentrated nutritional medicine. When it comes to natural or complementary medicine administering low dosages and high dosages really matters. Low dosages would be considered supplementation high dosages is the practice of natural,

The First NYC Court Appearance for Ghislaine Maxwell May Be Friday, July 10

The Tyranny of Cancel Culture

Through the years most of us have seen essays that try to turn people off to supplements. And most of us have read from the mainstream that diet does not really matter and it is perfectly fine, according to many oncologists, that after one goes home it is perfectly OK to have a whisky or martini. There are still dinosauric type of doctors that still insist emotions don’t matter in medicine either.

To be fair, before going into this essay, know that I make a difference between supplementation and concentrated nutritional medicine. When it comes to natural or complementary medicine administering low dosages and high dosages really matters. Low dosages would be considered supplementation high dosages is the practice of natural, orthomolecular and even ICU and emergency Allopathic medicine. Just ask a doctor who injects magnesium into a patient dying of cardiac arrest.

The official line from the mainstream is: Most multivitamins and supplements are a ‘waste of Money.’ “Not only are vitamin and mineral supplements a waste of money, they can in some instances actually harm the body,” reports The Guardian.

According to the FDA, “Three out of every four American consumers take a dietary supplement on a regular basis. For older Americans, the rate rises to four in five. And one in three children take supplements.” According to Dr F. Perry Wilson, “There has never been much rationale as to why a super-intake of any of these chemicals (supplements) would give super-benefits to health.”

You can easily imagine how I feel about this statement: “Plenty of research suggests that taking vitamins isn’t helpful unless you’re addressing a specific deficiency in a doctor-monitored way.” Since doctors have received little to no training in nutrition it is hard to understand this gross misconception. Forty billion dollars in supplement sales gives us an idea how many people are not buying into the mainstream propaganda.

The lies nutritionists and doctors say to themselves runs something like this:

You should be able to get most of the vitamins and minerals you need from your diet without having to take supplements. “Dietary supplements don’t replace wise meal and snack patterns. As their name implies, supplements are intended to supplement—not replace—healthy and wholesome food choices. The vast majority of healthy adults can—and should—obtain all of the nutrients they need from food alone.” This is delusional because the foods we eat today do not have the nutritional value they once did.

According to Scientific American fruits and vegetables grown decades ago were much richer in vitamins and minerals than the varieties most of us get today. The main culprit in this disturbing nutritional trend is soil depletion: Modern intensive agricultural methods have stripped increasing amounts of nutrients from the soil in which the food we eat grows. Sadly, each successive generation of fast-growing, pest-resistant carrot is truly less good for you than the one before.”

According to the report, Still No Free Lunch, food scientists have compared the nutritional levels of modern crops with historic, and generally lower-yielding, ones. Today’s food produces 10 to 25 percent less iron, zinc, protein, calcium, vitamin C, and other nutrients, the studies show.

Thus the assertion that we can obtain all of the nutrients we need from food is cruel for it guarantees nutritional deficiencies that scientists know cause disease. Many professionals are health terrorists and do not know it or just will not admit it. One cannot live and be healthy on food and pharmaceuticals alone. We need to supplement with the best and most natural substances to make up the difference between the foods we eat today and the ones that our ancestors ate even in the recent past.

Complicating the entire nutrition story that ups the need for nutritional supplementation is the junk foods we eat today. And their is a whole class of foods, that might not even be considered as junk food, that is junk. White foods have been deliberately stripped of their nutritional values. I am talking about white rice, white bread, white pasta, white sugar and even white salt. These popular foods are white because they have had the fiber and minerals removed. If the food people eat is nutritionally poor who is going to make up the difference?

In an environment where “more” is often perceived as being “better,” consumers tend to think that if a supplement provides 100% of their needs, then something that provides 1000% must be 10 times better. The truth, those in the mainstream say, is it doesn’t work that way with supplements. They insist that there is no data that supports megadosing of supplements for health outcomes. (Megadosing is generally considered to be the practice of consuming 10 times or more the recommended amount of a vitamin or mineral supplement.)

However, when we think of certain basics like magnesium, iodine, selenium and bicarbonates, we can easily trash the above assertion. Take the case of iodine supplementation. Governments around the world conceded a century ago that the worlds populations needed more iodine, just enough though to avoid goiter but not enough to avoid cancer and other diseases due to iodine deficiency. When we look at the fact that iodine is an antiviral, anti-fungal and even effective against bacteria one would have to say high dosages, which were routinely given a hundred years ago, are called for in many medical situations.

Magnesium is an effective medicine at high dosages yet it is a common supplement as well. The recommend dose for magnesium is 320mg for adult women and 420mg for men. That might be a reasonable maintenance dose for healthy individuals but it is not near enough if one is suffering from a deficiency of the mineral and certainly not enough if one is suffering from cancer or diabetes or one of a many variety of diseases. Then five to ten times the recommended amount would certainly be in order.

Bicarbonates are not generally recommended at all yet it too is a supplement and a medicine doctors use all the time in ICU and emergency situations. Just to see how ridiculous Google can be, search for ‘iodine and goiter’ and you will see under the question, ‘How is Goiter Treated,’ they do not even mention iodine, though they concede that iodine deficiency causes the disorder.

Although supplements are often confused with drugs, supplements are not drugs. According to the U.S. Food and Drug Administration (FDA) supplements are, “Not intended to treat, diagnose, mitigate, prevent or cure diseases.” Well certainly supplements cannot diagnose anything but the point I make in Natural Allopathic Medicine is that nutritional substances like magnesium, iodine, bicarbonates, potassium and even selenium, when injected or administered intravenously are certainly medicines.

The medical industrial complex will stop at nothing to put down supplements. They say that in the supplement world, there is no legally defensible definition for the term “natural.” In fact, when it comes to the natural products industry, the word “natural” more often than not means nothing. The perception of a natural supplement product is that it is not artificially fabricated. There is some truth because many supplements  are synthetically created in a laboratory environment and do not contain any natural, plant-based or non-synthetic ingredients. That is what the mainstream likes to point out.

“Vitamins and dietary supplements may kill you, and they often provide little or no health benefit,” concludes one writer for Time. Doctors killing you with their pharmaceuticals are not mentioned even if the number of dead in the United States alone goes over the hundred-thousand mark from properly prescribed medicines. It would be more accurate to say that doctors and pharmaceutical medicine may kill you and most often provide little of no health benefit.

Many people take long lists of supplements and yet do not live in anywhere near perfect health. Supplements are not the answer to everything. For the past forty years Spirulina and Chorella have been my favorite supplements yet they really are whole foods that one can take at high dosages instead of multivitamins and minerals. If one wants to believe in even a sliver of what mainstream medicine puts out about supplements being a waste of time then try these nutritional super-foods that come to us directly from God.

Special Note: That said most supplements are not a waste of time and money. To make blanket statements that they are is scientifically stupid. Yet one must choose carefully and know what dosages make sense for one’s medical or health situation.

One must raise the usage of dietary supplements up to the level of a medical art, especially if one wants to heal from disease. Learn how to apply and combine the above nutrients in the Conquering Cancer course, when it comes out in a few months, or starting next week in my online cancer support group.

Reprinted with permission from Dr.Sircus.com.

My articlesMy books
Follow on:
Previous Is the NY Times Preparing Us for a Camp of the Saints?
Next Freaky Friday Foments Furious Fed Fusillade From Trump