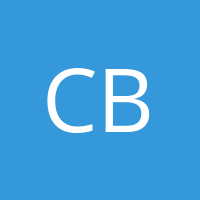 by
Chuck Baldwin
My articles My books
Follow on:
Summary:
The more we learn about the corona narrative, the more bizarre and unbelievable it becomes. In several past columns, I documented how the medical, media and political establishments have been deliberately lying, fudging numbers, exaggerating and manipulating data and covering up the truth about this virus from day number one. See this page as well. Well, hold onto your seats, boys and girls, because it gets even worse. With the major pharmaceutical companies—many of which are among the most corrupt corporations on earth—rushing frantically to be selected as the federal government’s choice to bring a corona vaccine to market, we learn that the government standard to determine a potential drug’s readiness to be injected into

The New York Times Is Anti-White and Anti-American

World Doctors Alliance: ‘We Do Not Have A Medical Pandemic’

So Much for Russian Disinformation: Hunter Biden’s Signed Receipts Turn Up

The more we learn about the corona narrative, the more bizarre and unbelievable it becomes. In several past columns, I documented how the medical, media and political establishments have been deliberately lying, fudging numbers, exaggerating and manipulating data and covering up the truth about this virus from day number one.

See this page as well.

Well, hold onto your seats, boys and girls, because it gets even worse.

With the major pharmaceutical companies—many of which are among the most corrupt corporations on earth—rushing frantically to be selected as the federal government’s choice to bring a corona vaccine to market, we learn that the government standard to determine a potential drug’s readiness to be injected into people’s bodies is a—hang on—50% “effective” rating.

You read it right. When the test protocols meet the 50% “effective” rate, the drug will be ready for FDA approval, and mass injections of the American people may commence.

By “effective” I assume they mean that 50% of the human guinea pigs that take the experimental vaccine must be positively affected by the shot. Of course, that means that 50% of people will NOT be positively affected by the shot. What does that mean? Well, it could mean anything from a neutral effect to downright negative effects. And negative effects could be anything from having an adverse reaction to the drug such as getting a mild sickness or a serious disease or being paralyzed or suffering brain disorders or even dying.

Yet, a 50% “effective” rating is what is required for these pharmaceutical companies to be granted the green light to bring their vaccine to market. And, remember, Donald Trump has commissioned the U.S. military (guns and all) with the duty of delivering this “amazing” drug to you. Now, what could go wrong with that?

But, so far, the billionaire drug dealers have not even been able to achieve the 50% “effective” threshold. In fact, many of the test subjects are not doing well at all.

AstraZeneca revealed details of its large coronavirus vaccine trials on Saturday, the third in a wave of rare disclosures by drug companies under pressure to be more transparent about how they are testing products that are the world’s best hope for ending the pandemic.

The release comes after a second vaccine test volunteer “Developed neurological problems.”  According to sources who claim to be familiar with the vaccine trials, the second volunteer suddenly started saying “They’ve killed God; I can’t feel God anymore – my Soul is dead” after the vaccine.

Polls are finding Americans increasingly wary of accepting a coronavirus vaccine. And scientists inside and outside the government are worried that regulators, pressured by the president for results before Election Day on Nov. 3, might release an unproven or unsafe vaccine.

“The release of these protocols seems to reflect some public pressure to do so,” said Natalie Dean, a biostatistician and expert in clinical trial design for vaccines at the University of Florida. “This is an unprecedented situation, and public confidence is such a huge part of the success of this endeavor.”

Experts have been particularly concerned about AstraZeneca’s vaccine trials, which began in April in Britain, because of the company’s refusal to provide details about serious neurological illnesses in two participants, both women, who received its experimental vaccine in Britain. Those cases spurred the company to halt its trials twice, the second time earlier this month. The studies have resumed in Britain, Brazil, India and South Africa, but are still on pause in the U.S. About 18,000 people worldwide have received AstraZeneca’s vaccine so far.

AstraZeneca’s 111-page trial blueprint, known as a protocol, states that its goal is a vaccine with 50 percent effectiveness — the same threshold that the Food and Drug Administration has set in its guidance for coronavirus vaccines. To determine with statistical confidence whether the company has met that target, there will have to be 150 people ill with confirmed coronavirus among participants who were vaccinated or received placebo shots.

However, the plan anticipates that a safety board will perform an early analysis after there have been just 75 cases. If the vaccine is 50 percent effective at that point, it might be possible for the company to stop the trial early and apply for authorization from the government to release the vaccine for emergency use.

The company did not immediately inform the public about the neurological problems of either participant. Nor did it promptly alert the F.D.A. that it was again pausing its trials after the second U.K. volunteer developed illness and an independent safety board called for a temporary halt, according to multiple people familiar with the situation. The company’s chief executive told investors about the problems but did not discuss them publicly until the information was leaked and reported by STAT.

This is the corona drug that Donald Trump keeps calling “wonderful,” “terrific,” “amazing,” etc., and with which he plans to inject “hundreds of millions” of Americans.

But there’s more. Did you know that a new federal court has been created to handle all of the anticipated corona vaccine injury claims? Well, it has.

The simple truth is: the US government is anticipating many people will be filing claims for compensation, when their family members are harmed or killed by a new COVID vaccine.

Of course, the government isn’t coming right out and admitting that.

The press will tout the usual excuses for injury and death. “He died from COVID, not the vaccine.” “Well, there was just one bad batch of vaccines.” “Because COVID is such a dire situation, and we’re rushing to save lives, a few mistakes are inevitable.”

Anything but the truth: GUESS WHAT, THE VACCINE IS HIGHLY TOXIC.

This new federal vaccine court for COVID will operate exactly like the present system for paying out claims for vaccine injury to children. Citizens have to jump through many absurd hoops and navigate all sorts of red tape, to try to squeeze money out of the federal government. The system is set up that way. It’s your basic bureaucratic nightmare.

The language that establishes the new COVID vaccine court is found in the Federal Register, 3/17/20, buried in section 14 of a document titled: “Declaration Under the Public Readiness and Emergency Preparedness Act for Medical Countermeasures Against COVID-19.”

Here is the relevant passage in that document:

“Countermeasures Injury Compensation Program…Section 319F-4 of the PHS Act, 42 U.S.C. 247d-6e, authorizes the Countermeasures Injury Compensation Program (CICP) to provide benefits to eligible individuals who sustain a serious physical injury or die as a direct result of the administration or use of a Covered [COVID] Countermeasure [e.g., a vaccine]. Compensation under the CICP for an injury directly caused by a Covered Countermeasure is based on the requirements set forth in this Declaration, the administrative rules for the Program, and the statute. To show direct causation between a Covered Countermeasure and a serious physical injury, the statute requires ‘compelling, reliable, valid, medical and scientific evidence.’ The administrative rules for the Program further explain the necessary requirements for eligibility under the CICP…”

(The US military’s webpage that explains the CICP to US soldiers is here.)

A quick piece of important history. In the mid-1980s, vaccine manufacturers were facing a blizzard of law suits from parents of vaccine-injured children. The very nervous manufacturers told the government they were going to get out of the vaccine business. The financial hit was going to be too deep.

The government said WAIT. Meetings were held. A plan was devised. A law was passed exempting the manufacturers from financial liability.

Instead, for any of the recommended childhood vaccines, parents had to go to a government court to file a claim for compensation, after their children had been injured or killed by a vaccine.

And the government made this court a VERY tough place to win compensation.

That’s the precise model for this new COVID vaccine court. And it’s based on the same unstated confession that existed in the 1980s: there are MANY vaccine injuries.

That’s what they aren’t saying. They’re just preparing. With a new vaccine court. To handle injury and death of children and adults.

That should not give you a warm secure feeling.

“We know—and don’t ask us how—that millions of you are going to get headaches. To prevent that, we’re going to hit all of you on the head with a very heavy sledgehammer. If, ahem, a few of you happen to sustain an injury or die, we have a court where your relatives can try to get money out of us. By the way, in this court, we’ll do everything we can to deny you money. Good luck.”

Yes, the government knows exactly what’s coming when they approve a COVID vaccine. And now, so do you.

This entire coronavirus scamdemic is a planned exercise in government control over the lives of the American people. This has never been about our safety; it has always been about our enslavement. Mask mandates, social distancing mandates, forced church closures, forced business closures, government lockdowns, etc., are merely the first steps in this villainous PSYOPS exercise. And the vaccine is the Big Prize.

After a majority of Americans are injected with this Bill Gates/Anthony Fauci clandestine chemical cocktail, the REAL agenda will start unfolding with real-time contact tracing and surveillance and mandatory government passports and IDs—perhaps including digital tattoos and implanted computer chips—for essential living, such as working, school attendance, traveling, recreational and entertainment gatherings and even attendance at worship services.

Huxley’s “Brave New World” arrived in 2020, and it will burgeon into full maturation in 2021—unless the American people stop it.

You can also help stop it by NOT taking the infernal corona shot.

I like what Don Boys said in this column last week:

One of my readers said if Trump’s federal troops try to force him to be injected with mercury, he will inject the injecter with lead. Both mercury and lead are lethal. Forced vaccinations mean many will be shot, really shot!

Each of us needs to decide RIGHT NOW where our line in the sand is drawn, because if we don’t identify those lines, we’ll be a slave before we even know what happened to us. As for me and my house, our lines are the attempted confiscation of our guns and the attempted forced vaccination of the corona shot—or any other shot, for that matter.

The success rate of the corona vaccine may be 50%, but I can assure you, when it comes to gun confiscation and forced vaccinations at my house, the success rate is 0%.

Reprinted with permission from Chuck Baldwin.

My articlesMy books
Follow on:
Previous The End of Reality?
Next Female Problems