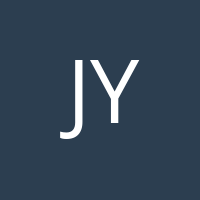 by
James Dale Yohe
My articles My books
Follow on:
Summary:
I was looking at Twitter yesterday and I saw some post, I don’t remember who it was or I would mention it here, regarding coverage of the US Senate probe into Hunter Biden. The post claimed that neither CNN nor MSNBC had mentioned the probe on their cable channels and that Fox News had only mentioned it 4 times. Apparently, the major networks had deemed it a political witch hunt, much like that of the Russian collusion probe. Although, I do not think I would have the time to go back and record the number of mentions the Russian Collusion probe had on those channels, or the fact that spying on a presidential campaign, or an impeachment hearing was held on a sitting president regarding this political witch hunt. I would hope that

Tyler Durden writes Smith: A Biden Presidency Will Mean A Faster US Collapse

How Covid -19 Vaccine Trials Are Rigged

What Are We Going To Say to the Children?

I was looking at Twitter yesterday and I saw some post, I don’t remember who it was or I would mention it here, regarding coverage of the US Senate probe into Hunter Biden. The post claimed that neither CNN nor MSNBC had mentioned the probe on their cable channels and that Fox News had only mentioned it 4 times. Apparently, the major networks had deemed it a political witch hunt, much like that of the Russian collusion probe. Although, I do not think I would have the time to go back and record the number of mentions the Russian Collusion probe had on those channels, or the fact that spying on a presidential campaign, or an impeachment hearing was held on a sitting president regarding this political witch hunt.

I would hope that this Hunter Biden probe is not being “covered up,” that would require a conspiracy and God forbid a theory to go with any accusations. So, around 2PM on September 24th, I did something I normally would never do and went to CNN.com. I assumed that there would be some mention of the probe, at least to assure voters that it was indeed a political witch hunt and of no concern to the average voter. Instead, I found the following.

On a day where “wild” accusations were made about the integrity of the Democratic nominee for the presidency, I found no mention of the Hunter Biden probe. At the top of the page of a news site, we see articles on “Trump’s Election Threat is actually worse than it appears.” Analysis by Chris Cillizza, CNN Editor-at-large:

(CNN)For months now, President Donald Trump has sought to raise questions in his supporters’ minds about the accuracy of the 2020 election results, suggesting with zero evidence that there was some sort of effort to steal the election because of the likelihood of increased mail-in balloting due to coronavirus fears this November. On Wednesday night, he threw all subtlety out the window — refusing to say he would accept a peaceful transition of power “win, lose or draw” this fall. Because of course he did. While Trump’s inability to say he would accept the elections results is bad — like, really bad — his full quote in response to the peaceful transition of power question is actually more damning, and telling, about the man who currently leads the country.

Under the heading of “Threatening Transfer of Power” there are numerous opinion pieces on how President Trump, referred to as Trump, “is talking about contingency plans to bypass the vote in each state,” “Trump just told us our democracy (sic) is at risk from him,” and about “nightmare election scenarios.” Now certainly threats to our democracy aren’t real because we don’t have one here in our fine republic, but everyone can make a mistake. Another problem is the top section of the CNN web page makes no mention of the Hunter Biden Senate probe, let alone a nice southing piece about how these partisan senators wasted taxpayer time and resources on a political witch hunt.

The “News and Buzz” section, certainly fraudulent probes accusing the former VP, and current Democratic presidential nominee’s son of influence peddling and making payments to known human traffickers would certainly fall under this heading? Not necessarily, in fact, it does not. But there is a nice article about “what happens when you text Obama on the phone number he shared.” At first, I had to wonder about who he was, so I opened the article. Apparently, former President Obama made a social media ad where he asks you to text him. Then you can give up your personal information including your birthday and then post on something called community.org.

“”Hey! It’s Barack. Click the link to sign up so I can respond directly to you. I won’t be able to get to everything, but I’ll be in touch to share what’s on my mind and I want to hear from you, too. Let’s do this.”

Clicked on the link, and it leads you to Community.com, a text-based platform that enables “direct and instant communication at massive scale, all through text messaging,” according to its website. To sign up, you input your name, gender, birthday and city– providing your email address is optional.

Obama isn’t the only high profile public figure that has utilized Community to his social media followers. Celebrities like Kerry Washington, Ashton Kutcher, Amy Schumer and Megan Thee Stallion have also used the text-based platform to connect with their fans.

So Obama is trying to keep in touch with his fans, nice, but no Hunter Biden probe. There are also some articles about a 72-year old woman in a house and an electrician who helped her, Some “notorious RBG articles, but no Hunter Biden. It has to be further down, although I might think accusations of influence pedaling and payments to prostitutes and human traffickers with money from Russian, and Ukrainian oligarchs should be near the top?

Oh, the new “Sex and the City 3” (movie? TV show?) might start Cynthia Nixon or Sharon Stone, I will bet who gets the part in that thriller will have a big influence on how the sex scenes go. A WW II bomb is in there and the last Airbus A380 Super Jumbo being assembled in France. Nothing on Biden.

The 4th section has to have something? No, but you can listen to what Olivia Troye has to say about Trump. (I didn’t know who she was either, so I looked her up. Olivia Troye is an American who is the vice president of strategy, policy, and plans at the National Insurance Crime Bureau. She was also on the Coronavirus task force and some other stuff.) The Notorious RBG also has another article in this section.

The fifth section? Poor Michael Caputo has cancer. Poor NBA players are grappling with the injustice of the Breonna Taylor ruling. It looks like LeBron James is especially troubled by it, unlike the citizens of Louisville. A soccer star has COVID-19 and he must be taking ZIATAN to cure it? A former NFL kicker was sentenced in a hit-and-run case. . . .  No Hunter Biden? No conspiracy, no cover-up, no explanation about how it is a “political witch hunt, nothing.

Next 2 sections? Some drummer battled COVID-19 and heart disease and won, God Bless him. Some nice information on all-you-can-eat buffets, a subject everyone needs to be informed of for the coming election during the COVID-19, when in most places the all-you-can-eat-buffets are shutdown. I think this type of information will make us all excited about the coming COVID lockdown end in November, July of 2021, 2024? Whenever? A nice CNN podcast on RBG, “The Axe Files: Jeff Daniels,” and “friends play same game of D&D for 38 years.” That last one is something any good Antifa member worth the pile of dirty socks in his mother’s basement would enjoy? No Hunter Biden?

To save you time and end the suspense. . . No Hunter Biden article. Which I find very odd, since I would expect an explanation and or refutation of the political witch hunt from the nation’s “Most trusted name in News?” I fear this may lead to people searching the web to find out more about this political farce.

My articlesMy books
Follow on:
Previous Deutsche Bank Scandal Could Create Greatest Economic Crisis in History
Next Presidential Debate #1: They Both Lost