The Political Business Cycle in Reverse 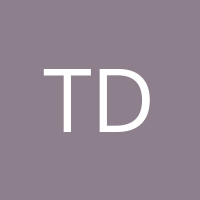 by
Thomas DiLorenzo
My articles My books
Follow on:
Summary:
In the late 1970s/early ‘80s the economic subdiscipline of public choice (the application of economic theory and methodology to the study of political decision making) spawned a body of literature on the “political business cycle.”  The book Democracy in Deficit: The Political Legacy of Lord Keynes, by James M. Buchanan and Richard E. Wagner was the main inspiration for this.  There are now hundreds of scholarly articles and numerous books on the subject. At the time standard Keynesian macroeconomics held that selfless and omniscient public servants would manage monetary and fiscal policy in such a way as to stabilize the business cycle “in the public interest,” minimizing its peaks and troughs along with the costs of inflation

Tyler Durden writes Smith: A Biden Presidency Will Mean A Faster US Collapse

The Coming of Corporate Collectivism

How Covid -19 Vaccine Trials Are Rigged

What Are We Going To Say to the Children?

In the late 1970s/early ‘80s the economic subdiscipline of public choice (the application of economic theory and methodology to the study of political decision making) spawned a body of literature on the “political business cycle.”  The book Democracy in Deficit: The Political Legacy of Lord Keynes, by James M. Buchanan and Richard E. Wagner was the main inspiration for this.  There are now hundreds of scholarly articles and numerous books on the subject.

At the time standard Keynesian macroeconomics held that selfless and omniscient public servants would manage monetary and fiscal policy in such a way as to stabilize the business cycle “in the public interest,” minimizing its peaks and troughs along with the costs of inflation and unemployment.  Even by then, however, that notion had been proven to be a farce and a fraud.  Keynesian economics was discredited by the existence of “stagflation” in the ‘70s which it had no explanation for and thought it to be an impossibility.

In addition to many other reasons why central planning under the guise of “stabilization policy” is an inherent failure, the theory of the political business cycle added a new twist:  Politicians are not selfless and omniscient; they are rationally self interested just like everyone else.  They want to keep their jobs, just like everyone else.  One trick that they employ to achieve this goal, says the theory of the political business cycle, is to ramp up government spending just before elections, funded by debt and inflation.  The perceived benefits to voters occurs in the short run, with the bills to be paid after the election.  The conclusion is that political reality dictates that so-called stabilization policy will frequently be de–stabilizing.

The gist of the theory of the political business cycle is that politicians will “stimulate” parts of the economy in the months running up to an election with vast increases in government spending.  But current events suggest that politics may also at times result in a very different kind of political business cycle – one that depresses the economy just prior to an election.

In America today President Trump and the Republicans control the White House and the senate, but the Democrats control the House of Representatives, the media (with a couple of exceptions), the universities (with a couple of exceptions), Hollywood, much of the publishing industry, hundreds of mayors and city councils and many governorships, the federal bureaucracy (i.e., the Deep State), state and local government bureaucracies, Google, Twitter, Instagram, and other “Tech giants,” have politicized religion, especially the Catholic church which has received billions in government funds, and the culture generally.  This is all a part of the Democrat party machine.

It is not in the political interest of these institutions to have an economy that was already at 3.5% unemployment to be “stimulated” even further right before the 2020 presidential election. Witness the fact that of this writing, the Trump administration wants to increase spending and debt even more with another “stimulus bill” before the election,whereas the Democrats, who are the historical champions of such spending, are fiercely resisting it.

It is in the interest of the Democrat Party machine that the economy be depressed prior to the election since, historically, the incumbent president takes credit or blame for the economy regardless of whether his policies had anything to do with it.

In light of this, it should surprise no one that the immediate recommendation of the Washington establishment, which is to say, the Democrat party establishment, to the virus was to “lockdown” (i.e., destroy) at least three-fifths of the entire economy immediately.  All of a sudden we were told that the fate of the world should be placed in the hands of one or two government bureaucrats who call themselves “pubic health officials.”  Anthony Fauci became, essentially, Economic Dictator of the Nation.  Anyone who questioned anything he said, no matter how silly or unscientific it was, was immediately vilified by the Democrat party propaganda apparatus (aka “the media).  No second opinion were to be permitted.  King Fauci had spoken.

Every state and local Democrat political hack immediately obeyed, along with all of the NeverTrumpers in state and local politics such as laughable Larry Hogan, governor of Maryland.  All the others were blindsided by all of this and simply complied.  I wrote last March that the order had apparently come down from the Democrat National Committee that if you wanted a future in Democrat politics Mr. Mayor, Mrs. Governor, and Miss City Councilwoman, then you will destroy your local economy as much as possible for as long as possible with lockdowns in order to harm Trump’s chances in November.  Nothing else matters – not the millions of lost jobs, the destroyed businesses, the home foreclosures, the depression and suicide that would inevitably result – nothing.  Keep the public terrified, depressed, and miserable, and we will win in November has been their strategy.  It is also a good strategy to wring more campaign bucks from Big Pharma which wants everyone to believe that we must all wear those damned masks and be herded around everywhere like sheep “until there is a vaccine.”

The riots organized by the military wing of the Democrat party – Antifa and Only Black Lives Matter — are apparently an “insurance policy” designed to ruin even more of the American economy.  Burning out a town’s business district will assure that there can be no recovery even if the lockdowns are lifted.  Leftists have also been found to be responsible for setting many of the arson wildfires in California which, by the way, mysteriously stop at the Canadian border.

Alas, this secret scheme is beginning to fall apart.  The top “public health official” in Los Angeles county carelessly got caught saying in earshot of a hot mic recently that the mask wearing, “social distancing,” and the closure of schools will have to last “until the election is over.”  The mayor of Nashville, Democrat John Cooper, was outed by a Nashville television reporter for knowing full well that there were only 22 positive cases of the virus found in all of the bars and restaurants on Music Row in the city, which the mayor had shut down completely for months based on lies about how the virus was supposedly much more widespread there.  In addition to destroying much of his city’s business infractructure with his lockdowns, he used his lockdowns as a rationale to increase the city’s property tax by 35 percent in a single year.

In city after American city, if one reads the local newspapers carefully, one will find that the “public health officials” are all playing the same game – ignoring the fact that the virus is essentially done for, while repeating over and over and over numbers about the total number of “cases,” which is totally irrelevant to the health risks – if any – that exist today.  And of course they have been lying all along about by conflating “death with COVID” with “death FROM COVID.”  A skydiver who jumps out of an airplane, after which is parachute fails to open, will likely be listed as a “death with COVID” if the virus happened to be in his system.  For that his hospital will be rewarded with an extra $19,000 or so by the government.

In short, what is left out of the standard story of the political business cycle is that Ludwig von Mises called “destructionism” in his book, Socialism.  Socialist ideologues have always been determined to destroy the existing institutions of society (private property, rule of law, constitutionalism, religion, private enterprise, etc.) before they can usher in their utopia.  In addition to that, political totalitarians of all kinds will not hesitate to destroy as much of their own economy as possible by any means possible if they think it will reflect badly on the incumbent and return them to power.  That is why I believe has been going on for the past six months and I expect it to continue right up to election day.

My articlesMy books
Follow on:
Previous I See a Ray of Light
Next There is No Such Thing as Man-Made Climate Change