A Pandemic Movie as ‘Predictive Programming’ 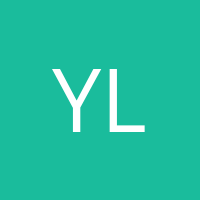 by
Yvonne Lorenzo
My articles My books
Follow on:
Summary:
The book National Security Cinema: The Shocking New Evidence of Government Control in Hollywood detailed the authors’ “astonishing findings from trawling through thousands of new US military and intelligence documents obtained under the Freedom of Information Act. The documents reveal for the first time the vast scale of US government control in Hollywood, including the ability to manipulate scripts or even prevent films too critical of the Pentagon from being made — not to mention influencing some of the most popular film franchises in recent years.” I bring up that important book because of its relevance to one of the most popular movies being streamed now, during the COVID-19 “pandemic.” I question whether this eleven year old


Tyler Durden writes How Much Money Do Communications Majors Make?

As Things Devolve, Here’s Why Understanding the Brutal Reality of the SHTF Could Save Your Life

The Dem Ticket Is Puzzling

The book National Security Cinema: The Shocking New Evidence of Government Control in Hollywood detailed the authors’ “astonishing findings from trawling through thousands of new US military and intelligence documents obtained under the Freedom of Information Act.

The documents reveal for the first time the vast scale of US government control in Hollywood, including the ability to manipulate scripts or even prevent films too critical of the Pentagon from being made — not to mention influencing some of the most popular film franchises in recent years.”

I bring up that important book because of its relevance to one of the most popular movies being streamed now, during the COVID-19 “pandemic.” I question whether this eleven year old film on a viral pandemic was itself a co-creation or influenced by direct government control; certainly the creators admit to working with government experts. That film is Contagion, and it is currently undergoing an online viewing resurgence in light of the COVID-19 pandemic as millions are “sheltering in place” at home, without work, confused and afraid.

The Independent headline reads, “Contagion becomes one of most-watched films online in wake of coronavirus pandemic.” The New York Post article’s headline on the film’s recent popularity is titled, “How the movie ‘Contagion’ perfectly predicted the 2020 coronavirus crisis” but my question is there a more sinister agenda in play in what the film portrays?

The site Vigilant Citizen wrote a prescient article published on March 8th, 2012, when the film was released and the author discussed the potential motives of the creators and its implicit messages in an article “Contagion”: How Disaster Movies “Educate” the Masses. The first paragraph states an obvious truth:

Most people watch movies to be entertained. Well, I for one can say that there was absolutely nothing entertaining about Contagion. In fact, the only difference between this movie and state-sponsored educational movies shown in schools is that with Contagion you actually have to pay to be indoctrinated … and to see Matt Damon. During the cold war, students were shown videos instructing them to “Duck and Cover” in case of a nuclear attack. Contagion conditions the masses to expect martial law and to throw themselves at the first available vaccine in case of a crisis.

Readers of LewRockwell.com have read the very useful and potentially life saving advice offered by Bill Sardi on COVID-19. Recently, Lew posted this surprising Fox News piece on Political Theater from a Fox News story, “Former CDC Chief: Coronavirus infection risk may be reduced by Vitamin D.” I have no idea how long Fox will allow such good common sense, science based evidence to remain on its website and I’m sure Bill’s writings aren’t easily found using Big Tech search engines. The site Orthomolecular.org has featured news of how use of IV C seems to aid greatly in treating COVID-19 patients. Yet in the film Contagion, the alternative press is depicted as not only incompetent but corrupt and any suggestion of action other than vaccination and following orders that result in surrender of liberty is held in contempt. As Vigilant Citizen noted:

If specific groups and organizations are identified by the movie as “competent” and “trustworthy”, other groups get a very different treatment, namely alternative media. Personified by a blogger named Alan Krumwiede (played by Jude Law), alternative media are presented as unreliable sources bent on sensationalism and profit. In other words, the movie implies that information that does not come from “official” sources is invalid and potentially dangerous. Not exactly a pro-free-speech message…

The character of Alan Krumwiede and the way he is portrayed is interesting for several reasons. First, he reflects the growing influence of blogs and alternative websites on public opinion – a recent phenomenon that does not sit well with the elite that seeks to have a monopoly of information. By depicting this character as dishonest, corrupt and even dangerous to the public, the movie justifies the shunning of such writers and even their arrest. Nobody in the movie seems to mind that all of this is in direct violation of the First Amendment.

Second, when the H1N1 vaccine was released in 2009 and mass vaccination campaigns were organized, many citizens and authoritative figures including public health officials, doctors and specialists spoke against it. They claimed that the vaccine was unnecessary, insufficiently tested and that it had negative side-effects. By associating the corrupt figure of Alan Krumwiede with the “anti-vaccine movement”, the movie discredits all of those who question the necessity of mass vaccination campaigns. If another virus should strike, viewers of Contagion might be more prone to ignore these movements. In other words, the movie says: “Conspiracy theorists are corrupt liars that are dangerous to public safety and they should be arrested. Do not listen to them. They make money off phony cures. However, those who make even more money off phony vaccines are good. Listen to authorities and get the vaccine … or you’ll die…”

After months of horror and hundreds of millions of deaths, a final solution emerges and saves humanity: Mass vaccination..

Contagion may be presented as a work of fiction, but it communicates several important messages that authorities need the public to accept. To do so, the movie defines a specific problem that has actually occurred in the past, it identifies the agencies that have the right to take charge of the situation and proposes the only solution required to fix the problem. That solution is not pretty: The dissolution of the government, the imposition of martial law, the creation of civilian camps, forced vaccination campaigns and the suppression of free speech. Democracy and civil rights are summarily suspended and we witness the establishment of a highly controlled and monitored society (using barcodes).

The question is the film a prediction of our future or wishful thinking for the authoritarian oligarchy? Most recently, Vigilant Citizen provided an updated article, How the Movie “Contagion” Laid the Blueprint for the Coronavirus Outbreak. Of course, legacy media is almost hysterical in its praise of the film and its relevance. The writer of the screenplay, Scott Z. Burns, (whose prior credits include an Al Gore’s An Inconvenient Truth) was recently interviewed in Slate, where he opines, “I think the gravest mistake is not giving the space and the microphone and all of the support to the public health officials who can help guide us through this. We have really good people in this country. They need to get together and be allowed to speak to us clearly and not be filtered. I have read accounts in the press that Dr. [Anthony] Fauci isn’t really allowed to speak until Mike Pence has approved his messaging. That is concerning to me. If we are going to get through this in the best version, it is by empowering those people and giving them the resources that they need.”

Most likely, readers might be aware or be interested in watching Contagion. My concern is that the film’s purpose is not benevolent but as usual, Hollywood serves their masters’ agenda, an agenda of fear, control, misinformation and authoritarianism. As the saying goes, “Caveat emptor.”

My articlesMy books
Follow on:
Previous No Respite for the Wicked, Pompeo Unleashed
Next Decadent Like the Late Roman Empire, the West Is Committing Suicide Through Its Irrational Response to Covid-19