How to Limit Social Media’s Power Without Growing Government 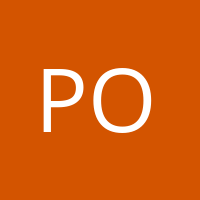 by
Peter St. Onge
My articles My books
Follow on:
Summary:
Censorship by private companies is a topic that divides free marketers but has suddenly become important in the wake of Twitter and Facebook’s recent attempts to squash a New York Post story alleging corruption in the Biden family. Last year, economist James Miller argued that just as the power company can’t turn off your electricity for being a Trump supporter, social media companies shouldn’t be able to silence you for your political opinions. Others have argued that companies can silence whomever they like because it’s their company. This is a red herring that misses the fact that reform would actually reduce government intervention by narrowing something called Section 230 immunity. First, what free marketers agree on:

2021 Is Already Optimized for Failure

Mathematician Shows That in Arizona the Dominion Machines Counted Biden Votes as 1.3 Votes and Trump Votes as 0.7 Votes

Censorship by private companies is a topic that divides free marketers but has suddenly become important in the wake of Twitter and Facebook’s recent attempts to squash a New York Post story alleging corruption in the Biden family. Last year, economist James Miller argued that just as the power company can’t turn off your electricity for being a Trump supporter, social media companies shouldn’t be able to silence you for your political opinions. Others have argued that companies can silence whomever they like because it’s their company. This is a red herring that misses the fact that reform would actually reduce government intervention by narrowing something called Section 230 immunity.

First, what free marketers agree on: regulation of speech by government is both unconstitutional and a very bad idea. From 1949 to 1987, the so-called fairness doctrine was used to utterly silence the Right—Rush Limbaugh was a salesman for the Kansas City Royals until Reagan finally repealed the rule, and Murray Rothbard famously could fit the entire libertarian movement in a living room. The doctrine’s repeal opened the floodgates for talk radio, then Fox News, and now content from the Mises Institute to Praeger University to the Babylon Bee. Given that the vast majority of federal workers remain partisan Democrats—the “Deep State,” if you will, hasn’t changed its colors. Reimposing regulation of speech likely means a return to socialist domination of speech.

However, actual solutions being proposed involve not more regulation, but less. In particular, narrowing an immunity that was granted to online platforms in Section 230 of the 1996 Communications Decency Act. This was a special immunity from liability for user-posted content so long as the company was acting as a platform open to all comers—think “common carrier” rules like with the phone company.

Ironically, an original selling point of Section 230 was to prevent censorship by creating a safe harbor so companies could let people express themselves online. And that’s how Section 230 worked for the first twenty years, on the understanding that active censorship would convert an online platform into a publisher with the same liability exposure as, say, a newspaper.

From a business perspective, this platform-publisher distinction was existential for social media companies. Because liability exposure would mean either ruinous lawsuits for crazy things users say, or it would require an army of content-moderating lawyers to meticulously preapprove the 500 million tweets per day that are sent on Twitter. This meant, up until 2016, that social media companies were very careful to maintain a hands-off policy, allowing essentially all legal speech so they wouldn’t lose that shield.

This started changing in 2016, as progressive pressure was brought against social media companies for the sin of giving voice to conservatives during the Brexit referendum, followed soon after by Donald Trump’s election victory. Meanwhile, individual judges increasingly interpreted 230 more broadly as permitting censorship at will. In fact, European regulators actually started requiring censorship for any speech individual regulators personally regarded as too right-wing. This, unfortunately, built a broad censorship capability in social media companies.

Given the existential importance of the shield, social media companies started gradually demonetizing users so they couldn’t earn money on their channels. They moved on to outright bans, again starting gradually by banning intentionally provocative users like former Breitbart editor Milo Yiannopolos and Alex Jones of Infowars, and now on to increasingly mainstream users, including, last week, the largest conservative newspaper in the US, the New York Post.

Because a divided Congress won’t rewrite 230, practical reform involves narrowing 230 immunities so that egregious censorship becomes, once again, a bad choice for social media. Supreme Court justice Clarence Thomas has openly wished for a test case so the court can do this, while market-friendly FCC director Ajit Pai has proposed rules narrowing 230 immunities back to what they used to be.

These solutions highlight that social media censorship isn’t a binary question of market versus regulation, rather it’s a question of an existing government intervention now being used to censor rather than give voice. Indeed, the pure free market position would be repealing 230 altogether, so that Twitter or Facebook face the same liability as the New York Post or, indeed, as you and I.

The alternative to reforming 230, of course, is to leave it to the market. After all, MySpace was the dominant platform until Facebook came along. Unfortunately, the market isn’t as competitive as it used to be. Conservative-friendly social media startups such as Gab and Parler have faced a gauntlet of harassment and choke points, from being denied bank accounts or payment accounts to being denied essential services like web hosting or hacker protection. Given the recent explosion in corporate “wokeness,” this harassment isn’t going away, and in fact is likely to increase.

Beyond harassment and the natural network effects of social media, there are other anticompetitive tactics that hobble new entrants. Facebook itself rose by “scraping” user information from MySpace, something it now forbids, and other social media companies have copied this anticompetitive strategy. Meanwhile, Facebook in particular buys promising competitors like Instagram or WhatsApp, essentially buying an insurance policy against future competition. As a result, the competitive landscape in social media has changed markedly from the MySpace era. Of course, regulators could punish these strategies with aggressive antitrust, but, again, that brings government uncomfortably close to patrolling speech, so it’s playing with fire.

At this point, there is broad consensus that censorship is problematic—not only among libertarians and conservatives. Fully 76 percent of Americans think tech has too much influence on political discourse—just 6 percent think too little. Progressives would never tolerate being silenced by a roomful of activists on Twitter or Facebook, and neither should we.

Doing what we can to help narrow Section 230 immunities back to a free speech interpretation could solve this while actually reducing government involvement in speech. Naïvely throwing up our hands and hoping some free speech startup someday survives the woke gauntlet is equivalent to quitting the field of ideas while the other side is very much on the march.

Note: Mises.org are not necessarily those of the Mises Institute.

My articlesMy books
Follow on:
Previous Ron Paul’s Gift of Wisdom
Next Missing and Unproven Viruses: This Is Nothing New