More Aid to Education Will Not Make It More Affordable 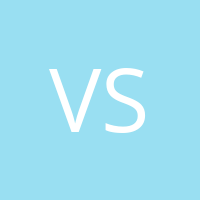 by
Veronique de Rugy, Jack Salmon
My articles My books
Follow on:
Summary:
With outstanding student loan debt for the country at more than .6 trillion, Democratic presidential hopefuls are now fully engaged in a contest of upping each other in who can promise to throw more public money at the problem than the others. So far on the campaign trail we have heard everything from tuition-free college to student loan debt forgiveness to student loan refinancing and public-service loan forgiveness.  Last night was no different. Sen. Elizabeth Warren (D-MA) promised that if elected president she would cancel student loan debt for 95 percent of students. Meanwhile, and apparently aiming for the votes of the five percent left on the table by Warren, Sen. Bernie Sanders (I-VT) said that if he became the commander in chief, he would cancel 100 percent of student debt. They

A Fed for Next Time: Ideas for a Crisis-Ready Central Bank: Panel 3 Modernizing Liquidity Provision

Certificate of Needs Laws in Health Care: Lessons from Research

Last night was no different. Sen. Elizabeth Warren (D-MA) promised that if elected president she would cancel student loan debt for 95 percent of students. Meanwhile, and apparently aiming for the votes of the five percent left on the table by Warren, Sen. Bernie Sanders (I-VT) said that if he became the commander in chief, he would cancel 100 percent of student debt.

They both got great applause. However, examples of countries that have moved toward a model of free college tuition in recent years tell a different story about changes in college accessibility than the story told by progressive American politicians.

Starting in 2014, the Chilean government began to phase in free university tuition, first extending this benefit gradually based on family income, with the goal of covering students of all economic backgrounds by 2020. This makes Chile a real-time gauge of whether such policies have the desired effect of increasing college affordability and accessibility. A recent study on the Chilean experience found that 20 percent of low-income students enrolled at the baseline would be denied admission under fixed college capacities, and with complementary policies that include investing in additional capacity, the enrollment rate of low-income students would drop by ten percent.

Far from achieving increased affordability and accessibility, free college tuition actually pushes college further out of reach for the poorest students, owing to the increased competition for placement.

Across the pond, England has, in just two decades, moved from a free college tuition system to one in which tuition is among the highest in the world. Contrary to the experiences in Chile, England’s shift has resulted in increased funding per head, rising enrollments, and a narrowing of the participation gap between advantaged and disadvantaged students.

What about the most realistic policy - one ignored in last-night’s “debate,” but very popular with politicians from both sides of the aisle—namely, to raise federal funding to levels much higher than they are now? This move would likely entail significant expansions in Pell Grant aid, and the elimination of caps on federal student loans.

Warren’s plan includes such a provision:

”To allow students to graduate debt-free—especially students from lower-income families—we must expand the funding available to cover non-tuition expenses,” argues Warren in her policy proposal. In order to cover these kinds of costs, Warren proposes expanding Pell Grant funding by $100 billion over the next ten years. Pell Grant funds can be used for tuition and fees, room and board, transportation, books, supplies and more.”

Most of the Democratic candidates also support lifting a 1994 ban on allowing people behind bars access to federal aid/Pell Grants for postsecondary education. Meanwhile, Warren and a few others in Congress have introduced legislation to restore students’ Pell Grant eligibility for those who were “victims” of allegedly predatory for-profit institutions. And while Republicans may drag their feet at first, they always end up agreeing with the increase. In short, increasing Pell Grants is a popular policy option.

The orthodox belief among policymakers is based on the assumption that increased federal student aid will alleviate rising tuition costs, thereby making college more affordable. However, simply increasing federal funding is not a viable solution to the underlying causes of rapidly rising tuition prices. Since 1970, federal and state aid funding has increased more than 50 fold, from just $3 billion in 1970 to almost $160 billion in 2017—or $19.6 billion to 167.6 billion in 2019 dollars—at the same time tuition prices have risen 238 percent.

In fact, far from improving college affordability, the empirical evidence reveals that federal student aid does not do much to make college more affordable and might actually be increasing costs.

In a recent study published by the Mercatus Center at George Mason University, we reviewed the existing literature, as well as publicly available data, to determine whether more federal aid is the correct treatment for the problem of rising tuition prices. The evidence broadly suggests that colleges respond to increased federal funding by reducing institutional aid, so that for each dollar of additional federal aid students receive, they lose between 60 cents and 83 cents of institutional aid, depending on the type of aid and institution.

Further, by subsidizing tuition through federal student aid, the government creates artificially high demand for college degrees, driving tuition prices higher and increasing overall costs for students and taxpayers. Policymakers’ solution to the issue of increasing costs has traditionally been to increase federal funding, which results in college getting ever more expensive over time.

This reality goes a long way to explain why shortly before her death in 2019, former CBO director Alice Rivlin said of the student-loan system that she helped to create 50 years earlier: “We have unleashed a monster.”