"The Intellectuals and Socialism" 70 Years Later 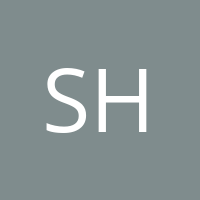 by
Stefanie Haeffele, Molly Harnish
My articles My books
Follow on:
Summary:
F. A. Hayek’s “The Intellectuals and Socialism” was published in 1949 in The University of Chicago Law Review. It is just as relevant today as it was seventy years ago. Inthis seminal article, Hayek attributes the rise of socialism as a viable alternative form of governance to the influence of intellectuals on public beliefs. Attracted by socialism’s inclusive values, new vision for society, and policies, and repelled by the incremental approach that liberalism offers in return, public intellectuals — and, subsequently, the broader public — favor socialism. In response, Hayek calls for “a new liberal program which appeals to the imagination” (p. 432) to correct liberalism’s failure to match socialism’s wide-ranging and popular vision. At a time when 45% of Americans between the ages of

F. A. Hayek’s “The Intellectuals and Socialism” was published in 1949 in The University of Chicago Law Review. It is just as relevant today as it was seventy years ago.

Inthis seminal article, Hayek attributes the rise of socialism as a viable alternative form of governance to the influence of intellectuals on public beliefs. Attracted by socialism’s inclusive values, new vision for society, and policies, and repelled by the incremental approach that liberalism offers in return, public intellectuals — and, subsequently, the broader public — favor socialism. In response, Hayek calls for “a new liberal program which appeals to the imagination” (p. 432) to correct liberalism’s failure to match socialism’s wide-ranging and popular vision.

At a time when 45% of Americans between the ages of 18–29 view socialism — now often construed as a heavily regulated market and a large welfare state that redistributes wealth rather than government ownership over the means of production — positively, Hayek’s call for a liberal response to socialism’s utopian vision is just as timely now as when it was first written.

The Role of the Intellectual

Today, communication has never been easier and communication platforms are more diverse than ever. Arguably, anyone with thumbs and a screen can spread ideas. Yet, in an age when anyone can voice their opinions, the need for middlemen to sift through the noise and endorse certain stances is even more important.

Knowledge is dispersed throughout society, and intellectuals serve the crucial purpose of distributing that knowledge. Hayek said that intellectuals “are the organs which modern society has developed for spreading knowledge and ideas and it is their convictions and opinions which operate as the sieve through which all new conceptions must pass before they can reach the masses” (p. 421). Just as financial institutions coordinate lenders and borrowers, intellectuals coordinate creators and consumers of ideas. As long as there are ideas, there will be middlemen to filter and disseminate those ideas.

Intellectuals, according to Hayek, are not the scholars or experts in a field but, instead, are the middlemen of ideas. Inhabiting diverse fields from journalism to medicine, they are familiar with a wide range of topics and have mastered the art of communicating them to the public. They write columns in newspapers and discuss current events on the radio and in town halls, salons, and businesses. They are respected in their own fields and are listened to when they discuss broad social issues.

Today’s intellectual has a podcast or a self-published book. He runs a YouTube channel, has a column in the New York Times, or hosts a talk show. He’s a scientist who wrote a book for popular audience, a policy wonk working for a think tank, or an artist who is committed to social activism. She’s a renowned journalist, the editor of a popular blog, or an Instagram influencer.

By virtue of their role as the middlemen of ideas, intellectuals determine which ideas reach, and are likely to be accepted by, the general public. Indeed, Hayek argues that, “There is little that the ordinary man of today learns about events or ideas except through the medium of this class; and outside our special fields of work we are in this respect almost all ordinary men, dependent for our information and instruction on those who make it their job to keep abreast of opinion” (p. 419). Certainly, the Internet makes it both easier (we have access to more information than ever before) and more difficult (the sheer amount of information is difficult to grasp and understand) for everyone to directly encounter and analyze the expert opinions and economic, political, and social issues of the day. It’s hardly rational for the great majority of us (Hayek’s ordinary men) to do so. Imagine responding critically to every news headline, keeping up with academic publications, analyzing all the available data, and mining through all the bills before Congress in order to stay up to date and opinionated on current affairs. Then imagine waking up and doing it again tomorrow. There’s a reason we don’t wade through this sea of information every day: the cost of doing so is higher than the benefit we would derive from it. Instead, we seek out intellectuals to filter it for us.

By virtue of their role as the middlemen of ideas, intellectuals determine which ideas reach, and are likely to be accepted by, the general public.

These curators tend to assess ideas and select their viewpoint based on general principles and philosophies. The intellectual “judges new ideas not by their specific merit but by the readiness with which they fit into his general conceptions, into the picture of the world which he regards as modern and advanced” (p. 423). In other words, intellectuals will advocate for new policies if they appear to fit with their broader vision of a better world or seem to adhere to their core principles. The particulars of the policy need not matter as much as its general adherence to a particular worldview. For example, consider the immediate praise of the Green New Deal, a plan to combat global climate change, despite its lack of policy specifics.

For this reason, there is a tendency to favor philosophizing rather than analyzing, a tendency to back what seems morally right rather than what is factual or realistic. In the contemporary context, we see this on both sides of the political aisle as politicians and pundits have embraced “alternative facts” in order to rally their constituencies, whether discussing the effectiveness of tariffs, the need for a higher minimum wage, or other pressing topics.

Vague policies and abstract ideas, thus, seem to gain the favor of intellectuals and the public over more pragmatic solutions. “It seems as if the less specific or precise (or the less understood) these ideas are,” said Hayek, “the wider may be their influence. Sometimes it is no more than a vague impression rarely put into words which thus wields a provide influence” (p. 424). Socialism, an abstraction turned into a guiding principle, fits quite nicely with this assessment. It’s visionary, laying out a utopian view for a better future. This combination attracted intellectuals by the 20th century, who found comprehensive plans for a new social order much more appealing than the technical details of attempting to improve the current social system. And the same is true today.

The contemporary rise in socialist ideas is also based on the desire for a visionary, vague, and vast shift in our social institutions. Societal problems are seen as evidence of the necessity of a total upheaval of our current system, rather than for marginal reforms. For instance, the website of the Democratic Socialists of America states that their goal is “to achieve a more just society.” To achieve that goal, “many structures of our government and economy must be radically transformed through greater economic and social democracy so that ordinary Americans can participate in the many decisions that affect our lives.” This is exactly the kind of comprehensive plan that appeals to intellectuals and the broader public. Indeed, celebrities, journalists, and other intellectuals are speaking out in favor of the politicians and policies that embrace such visionary reform.

A Call for a Grand Liberal Vision

Hayek concluded that classical liberalism, by and large, has failed to match socialism’s sweeping vision for a better future. In some ways, it cannot, because it acknowledges tradeoffs, offers moderate reforms to the current market system, and appeals to a status quo that intellectuals tend to find uninteresting and the public finds unconvincing. Classical liberals offer edits to the existing order. Socialists offer a rewrite. And a rewrite inspires far greater enthusiasm than a few markups with a red pen, however more realistic and effective those markups might be.

Hayek’s “The Intellectuals and Socialism” is not primarily a critique of socialism (although it serves that function as well), but a call to action. Hayek wanted his readers to appreciate the intellectuals’ impact on the economic, political, and social world and to respond with a vision of their own. And he is not alone in his call. For instance, James M. Buchanan ([1975] 2000) and Peter J. Boettke (2014) also call for such a bold and visionary undertaking. Likewise, Emily Chamlee-Wright, in a recent piece in the Wall Street Journal, calls for classical liberals to take socialism seriously and use its current popularity as an opportunity to talk about the big questions and issues.

Casting that vision requires navigating the delicate balance between acknowledging tradeoffs and the benefits of current systems, and proposing a comprehensive vision for the future. There is plenty of vision that classical liberals can appeal to — such as the need to constrain crony capitalism and the opportunities and prosperity that come with the free movement of people, goods, and ideas. By holding tight to orthodoxy, we alienate intellectuals and, by extension, the general public. By concentrating on details and ignoring big utopian ideas, we are unlikely to inspire anyone. But by reintroducing a vision for the future based on the power of ideas, by acknowledging what is wrong with our current systems, and by charting concrete paths for a better future, we may prepare liberalism to regain its intellectual appeal.

There is plenty of vision that classical liberals can appeal to — such as the need to constrain crony capitalism and the opportunities and prosperity that come with the free movement of people, goods, and ideas.

Today’s intellectuals point out the flaws in our current system — flaws that liberalism cannot and should not ignore — and use those as evidence of the necessity to reimagine governance on socialist terms. Classical liberals have an opportunity to provide an alternative and to make “the building of a free society once more an intellectual adventure, a deed of courage” (p. 432).

Also read Stefanie Haeffele and Michael Schultz’s discussion of the lasting relevance of Hayek’s The Road to Serfdom.

To learn more about the F. A. Hayek Program for Advanced Study in Philosophy, Politics, and Economics, visit hayek.mercatus.org.

Stefanie Haeffele is a senior fellow for the F. A. Hayek Program for Advanced Study in Philosophy, Politics, and Economics at the Mercatus Center at George Mason University.

My articlesMy books
Follow on:
Previous The Challenges of Dollar Dominance
Next A Conceptual Starting Point for Housing Affordability and Public Policy

Here’s What I Think They Think