Home / Jennifer Huddleston /Antitrust and the Debate over Data Privacy 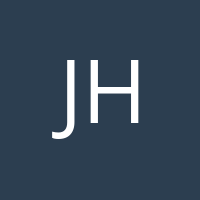 by
Jennifer Huddleston
My articles My books
Follow on:
Summary:
Chairman Cicilline, Ranking Member Sensenbrenner, and distinguished members of the Subcommittee on Antitrust, Commercial, and Administrative Law. My name is Jennifer Huddleston and I am a research fellow at the Mercatus Center at George Mason University. My research focuses primarily on the intersection of law and technology, including issues related to data privacy and antitrust. Therefore, I welcome the opportunity to submit a statement regarding the potential need for and effect of a government intervention, via antitrust, into various digital spaces; and what the potential consequences of such an intervention might be, particularly with regards to privacy concerns. In this statement for the record, I will focus on three key points: The dynamic nature of the technology industry makes it

A Fed for Next Time: Ideas for a Crisis‐​Ready Central Bank

A Fed for Next Time: Ideas for a Crisis‐​Ready Central Bank: Panel 4 Preserving Monetary Autonomy

My name is Jennifer Huddleston and I am a research fellow at the Mercatus Center at George Mason University. My research focuses primarily on the intersection of law and technology, including issues related to data privacy and antitrust. Therefore, I welcome the opportunity to submit a statement regarding the potential need for and effect of a government intervention, via antitrust, into various digital spaces; and what the potential consequences of such an intervention might be, particularly with regards to privacy concerns.

In this statement for the record, I will focus on three key points:

Difficulties in Applying Traditional Antitrust in a Highly Dynamic Industry

Technology is a highly dynamic industry, and it is often difficult to define the market and competitors for many of the largest and most successful companies. Just over a decade ago, headlines expressed concerns about MySpace’s natural monopoly, how Yahoo won the search wars, and what to do about the potential walled gardens and lack of interoperability of AOL Instant Messenger. However, not only did competitors emerge to challenge these once seemingly invincible giants, new and different technologies changed the nature of the very markets in which they were competing. This dynamism can make it difficult to determine the relevant market when determining if a firm is a monopoly. As Geoffrey Manne and Alec Stapp point out, antitrust regulation takes a static view of the competition in the industry and can fail to anticipate the dynamic changes and innovations that change the nature of the markets and competition.

Competition in many of these markets comes not only from new entrants, but from the emergence of new options that change the entire nature of the market. Antitrust can be focused only on the immediate situation, and by the time a case concludes, the dynamics of the industry may have changed substantially. As the Competitive Enterprise Institute’s Ryan Young writes, “Markets are ongoing-long-term processes but antitrust cases are often short-term reactions to temporary situations—even if they sometimes last so long as to outlive the problem they seek to address.” For example, as my colleague Adam Thierer and I discussed, the 13-year-long case against IBM failed to foresee the emergence of new competitors via the personal computing revolution that occurred by the case’s end, and the 11-year-long Microsoft case missed the emergence of today’s search engines, social media, and mobile-based internet. These days few are concerned about competition in long-distance service, not only because of the breakup of AT&T via antitrust, but because of the innovations that changed the market for communications like cell phones and the internet.

Such dynamic changes can occur in any field, but they seem particularly at issue when considering “Big Tech.” The pace of adoption of new technologies only seems to be increasing, so the market that exists for today’s technology giants might look entirely different within a short time frame, owing to innovative changes as well as new entrants. In an earlier era, it was easier to determine potentially harmful monopolies in stable, established sectors; however, in the case of many of the information technologies, this determination would be more difficult.

This is not to say that antitrust may never be an appropriate tool. Rather, in a rapidly changing field, market definition is difficult, and innovation may change the nature competition. In one survey, fewer than 16 percent of American consumers responded that they thought today’s online giants could not be replaced by a better competitor. Some evidence indicates that individuals may already be looking for new options. For example, in a Pew Research survey of teenagers, 35 percent of respondents reported that Snapchat was the platform they use most often.

Regulators and policymakers should carefully consider when antitrust is a necessary intervention and when innovation may provide a better solution for both entrepreneurs and consumers.

Consumer Harm and Antitrust in the Digital Market

Another key element of antitrust enforcement has been its focus on anticompetitive behavior’s harm to consumers. While some practices are considered so inherently anticompetitive that they have been deemed per se violations, the current approach to antitrust enforcement mostly applies the consumer welfare standard rather than a more subjective measure that focuses on non-price-based metrics, such as a general opposition to the mere size of a large company.

Prior to greater acceptance of the consumer welfare standard, a more discretion-based approach focused on the “rule of reason” that created some uncertainty about what would be considered a violation as policy climates and judges viewed certain practices differently. Proponents of this approach express greater concern about the effect on other competitors than on the consumers themselves and are more likely to express concerns about bigness itself. However, as my Mercatus colleague Andrea O’Sullivan points out in her analysis of contemporary calls to return to a more policy-focused standard, research indicates that the relationship between concentration and dynamism or competition is more complex than it may initially appear. A shift away from the consumer welfare standard focuses on a narrow view of what competition should look like rather than examining the effect on consumers of these behaviors.

One benefit of the consumer welfare standard is its ability to provide more certainty while also adapting to technological changes and an increasingly global market. As the Information Technology and Innovation Foundation’s Joe Kennedy argues, the consumer welfare standard is able to handle antitrust concerns about potential anticompetitive behavior such as manipulating search results to favor one’s own services over a competitor’s or leveraging monopoly power in specific defined relevant markets such as advertising.

The adaptability of the objective consumer welfare standard includes the ability to handle questions regarding today’s services offered free of charge to consumers by many tech companies. Under the consumer welfare standard, it is difficult to see where consumers are harmed by large tech companies, and consumers may even benefit from the current model for providing services. As Adam Thierer and I wrote, in order to resolve some of the concerns about these free services, a company would have to raise its prices and restrict its output, diminishing the benefits and value consumers find in its free-for-use service. Similarly, Andrea O’Sullivan points out that shifting away from a consumer welfare standard could lead to keeping prices high and benefit interest groups rather than consumers. That is not to say harm could never occur for a free-of-charge service but that antitrust should continue to focus on the potential harm to consumer welfare rather than an amorphous set of policy concerns.

The consumer welfare standard remains a balanced and objective approach that can respond to potentially anticompetitive behaviors while retaining the benefits for consumers and certainty for companies. It remains objective while adapting to today’s digital age.

The Importance of Using the Appropriate Policy Tool to Address Concerns

Often conversations about antitrust and “Big Tech” are part of a larger “techlash” conversation with a litany of complaints and concerns—from data privacy and fake news to alleged political bias and “addiction.” Antitrust is a powerful tool, but when it comes to today’s technology giants, it could be more of a sledgehammer than a scalpel. Concerns about data privacy, fake news, or online content will need a more targeted approach than antitrust would provide.

Not only could a breakup of such companies fail to address these concerns, in some cases, the fractured entities might actually exacerbate the problems. For example, as Tyler Cowen argues, the currently integrated companies are able to keep certain elements less ad driven or more privacy centric because they are able to rely on the revenue earnings of the main company as a whole.Smaller entities would no longer be able to rely on such cross-subsidization and might need to pursue those same disfavored advertising or data behaviors themselves.

Similarly, there is no guarantee that the smaller entities would be any better at content moderation or addressing other concerns than the current players would. In order to ensure effectiveness, the firewalls between these new separate entities would have to be strictly maintained, likely leading to increased concerns about walled gardens and interoperability. As Adam Thierer and I have discussed, this would require companies to forgo new services or capabilities that consumers want and increase costs to consumers through both direct and indirect costs such as increased search costs to find the same information or tools. At the same time, such a proposal would also require burdensome regulatory requirements that may or may not actually improve competition and consumer welfare.

Policymakers should look for ways of educating and empowering consumers to make choices that reflect their own preferences for data usage and technology rather than assuming that breaking up today’s tech companies will address data privacy and other technological concerns. Policymakers should consider a targeted approach by looking at existing tools for targeted enforcement and focusing on those areas of agreed-upon harm or failure when developing new tools. Antitrust is a powerful tool, but it is not a silver bullet for a plethora of policy concerns. As such, it should be used for its intended purpose of preventing anticompetitive behaviors that harm consumers rather than for resolving concerns such as data privacy, to which it is an ill-fitted tool.

America is a leader in many technologies, including the internet, in part because of the permissionless policy framework that created low barriers to entry and allowed entrepreneurs to find unique ways to serve consumers. Technology continues to evolve and change in a dynamic fashion. Sometimes the best competition comes from unexpected sources that change the nature of the market and topple once seemingly unstoppable giants. With this in mind, while antitrust laws do serve a purpose when it comes to consumer protection and competition in the free market, the focus should remain on consumer welfare rather than seeing antitrust as a way to address a variety of policy concerns for which it is ill-suited.

My articlesMy books
Follow on:
Previous Should the Fed Pay Interest on Bank Reserves?
Next What are “Development Dividends,” and Could They Stimulate New Housing Stock?