Home / Stephen Matteo Miller, Vera Soliman, Joe Brunk /On the Historical Rise and (Recent) Decline in the Number of Banks 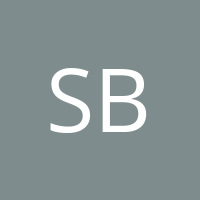 by
Stephen Matteo Miller, Vera Soliman, Joe Brunk
My articles My books
Follow on:
Summary:
In our previous post, we showed that in spite of the decline in the number of banks in the US, most banks are still small. In this post, we explore some of the institutional factors, beginning with the US Constitution, which bolstered the number of small banks in the US. Key Institutions The US institutional framework for banks throughout history has included laws and regulations that prevented interstate banking, which unfortunately encouraged the existence of too many small, poorly-diversified banks that helped fuel financial system instability. Table 1 summarizes key policies that have altered the US banking landscape, and includes brief summaries of some of the intended and unintended effects that help explain how formal rules have influenced the number of banks, the direction of bias

The US institutional framework for banks throughout history has included laws and regulations that prevented interstate banking, which unfortunately encouraged the existence of too many small, poorly-diversified banks that helped fuel financial system instability.

Table 1 summarizes key policies that have altered the US banking landscape, and includes brief summaries of some of the intended and unintended effects that help explain how formal rules have influenced the number of banks, the direction of bias for bank size, the direction of bias for banks, and the relevant references to the academic literature.

Economic historians have pointed out that the Constitution affected the relationship between states and banks. As the Constitution prohibited states from issuing currency and imposing taxes on interstate banking, states invested in banks and taxed them, typically on their capital, but also on deposits, dividends, profits earned and the franchise itself. Bribery to facilitate the granting of charters was not uncommon.

Long-Term Perspectives on the Number of Banks

Figure 1 below depicts the total number of banks from 1837, or the first year after the lapse in the charter of the Second Bank of the United States, to 2017. The figure also depicts the hypothetical number of banks derived from assuming banks grow from 788 in 1837 at a compound rate of 1 percent to highlight the dramatic change in the actual US banking landscape, which equaled 4,873 by the end of the sample.

The graph is marked by a few other important dates and events. The first is the passage of the National Banking Act of 1864, which we will discuss in greater detail below. We also mark the historical peak in the number of banks in existence over this period, in 1921, and the establishment of the FDIC in 1934. The start of the Savings and Loan crisis in 1986 and the passage of the Riegle-Neal Interstate Banking and Branching Efficiency Act of 1994 are also marked on the graph below.

In 1837, there were 788 banks in the US. That rose to 1,643 banks in 1865, when the National Bank Act of 1863, later amended by the National Banking Act of 1864 (and signed into law in 1865), called for creating the Office of the Comptroller of the Currency (OCC), which oversaw banks with national charters. White (1983) notes that most banks were induced to join the National Banking System when Congress levied a 10 percent tax on all non-national bank notes.

However, these limitations on banking activity restricted the supply of banking services at a time when the country was still expanding westward, particularly affecting agricultural areas where communities were not large enough to support the minimum-size national bank.

This unmet demand for banking services would ultimately be met by the states, as they passed laws in the 1880s and 1890s to permit new banks to form under general legal provisions, rather than obtain special charters from the state legislatures. Federal officials sought to make national charters more attractive by encouraging branching for national banks, but political forces representing state banks thwarted these early efforts.

Viewing the Number of Banks as a Population Problem

Figure 3 offers numerical insights into this breakdown, by depicting new charters, (unassisted) voluntary mergers, and failures (assisted mergers and insolvencies), each as a fraction of all banks. While unassisted mergers have accounted for the largest amount of the change, failures and new entrants also help explain some of the change.

Unassisted mergers began rising from the late 1970s through 1998. Maine was the first state that allowed interstate banking in 1978. Throughout the 1980s, states entered into bilateral or reciprocal agreements that allowed banks to acquire out-of-state banks, which spurred the number of unassisted  mergers (see Kroszner and Strahan (1999). The Riegle-Neal Act of 1994 continued this change in direction by establishing interstate banking at the federal level.

The Decline of Unit Banking

To put into perspective the decline of unit banking in the US, Figure 4 depicts the fraction of all institutions that operate as a unit bank. In 1935, over 94 percent of all banks operated without a branch, but by the end of 2017, just under 19 percent of all banks operate without a branch. This stylized fact has a bearing on US financial instability.

Recent discussions of the “Too Big to Fail” problem sometimes point to holding companies as a key source of modern financial instability. While that issue deserves more attention, keep in mind that banking historians have traditionally identified branching restrictions, which would have generated a high fraction of unit banks, along with interstate banking restrictions as key reasons for the high frequency of banking crises in the US, prior to the establishment of the FDIC. In Canada, enhanced financial stability followed a merger wave in the second half of the 19th century.

In this post, our findings suggest that when it comes to the number of banks, the question to ask is “why did we have so many banks in the past?” and not “why do we have so few now?” In our next and last post, we examine where banking assets are located.

BTFD! The Donald Just Declared Currency War On Top Of His Trade War