Home / Adam Thierer, Andrea O'Sullivan /Beware Calls for Government to “Save the Press”

Beware Calls for Government to “Save the Press” 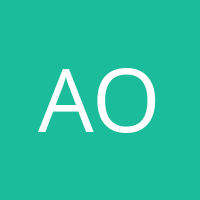 by
Adam Thierer, Andrea O'Sullivan
My articles My books
Follow on:
Summary:
Anytime someone proposes a top-down, government-directed “plan for journalism,” we should be a little wary. Journalism should not be treated like it’s a New Deal-era public works program or a struggling business sector requiring bailouts or an industrial policy plan. Such ideas are both dangerous and unnecessary. Journalism is still thriving in America, and people have more access to more news content than ever before. The news business faces serious challenges and upheaval, but that does not mean central planning for journalism makes sense. Unfortunately, some politicians and academics are once again insisting we need government action to “save journalism.” Senator and presidential candidate Bernie Sanders (D-VT) recently penned an op-ed for the Columbia Journalism Review that adds media

Adam Tooze on Dollar Dominance, the Eurozone, and the Future of Global Finance

Anytime someone proposes a top-down, government-directed “plan for journalism,” we should be a little wary. Journalism should not be treated like it’s a New Deal-era public works program or a struggling business sector requiring bailouts or an industrial policy plan.

Such ideas are both dangerous and unnecessary. Journalism is still thriving in America, and people have more access to more news content than ever before. The news business faces serious challenges and upheaval, but that does not mean central planning for journalism makes sense.

Unfortunately, some politicians and academics are once again insisting we need government action to “save journalism.” Senator and presidential candidate Bernie Sanders (D-VT) recently penned an op-ed for the Columbia Journalism Review that adds media consolidation and lack of union representation to the parade of horrors that is apparently destroying journalism. And a recent University of Chicago report warns that “digital platforms” like Facebook and Google “present formidable new threats to the news media that market forces, left to their own devices, will not be sufficient” to continue providing high-quality journalism.

Critics of the current media landscape are quick to offer policy interventions. “The Sanders scheme would add layers of regulatory supervision to the news business,” notes media critic Jack Shafer. Sanders promises to prevent or rollback media mergers, increase regulations on who can own what kinds of platforms, flex antitrust muscles against online distributors, and extend privileges to those employed by media outlets. The academics who penned the University of Chicago report recommend public funding for journalism, regulations that “ensure necessary transparency regarding information flows and algorithms,” and rolling back liability protections for platforms afforded through Section 230 of the Communications Decency Act.

Both plans feature government subsidies, too. Sen. Sanders proposes “taxing targeted ads and using the revenue to fund nonprofit civic-minded media” as part of a broader effort “to substantially increase funding for programs that support public media’s news-gathering operations at the local level.” The Chicago plan proposed a taxpayer-funded $50 media voucher that each citizen will then be able to spend on an eligible media operation of their choice. Such ideas have been floated before and the problems are still numerous. Apparently, “saving journalism” requires that media be placed on the public dole and become a ward of the state. Socializing media in order to save it seems like a bad plan in a country that cherishes the First Amendment.

Forcing taxpayers to fund media outlets will lead to endless political fights. Those fights will grow worse once government officials are forced to decide which outlets qualify as “high-quality news” that can receive the money. Finally, and most problematic, is the fact that government money often comes with strings attached, and that means political meddling with the free speech rights or editorial discretion of journalists and news organizations.

Grand plans to “save journalism” are peculiar because they come at a time when citizens enjoy unprecedented access to a veritable cornucopia of media platforms and inputs. A generation ago, critics lamented life in a world of media scarcity; today they complain about “information overload.” But if you asked Americans whether the internet gives them more or less access to media, most would probably quickly respond that it is a no-brainer: The internet provides us with access to content than ever before.

Whether it’s accessing traditional platforms like newspapers on their websites or broadcast media on YouTube or browsing new forms of internet-native content like social media reporting and podcasts, we suffer from no shortage of cheap and abundant data sources. The proliferation of smart devices means we can almost always plug in; so long as we have an internet connection, we can learn what’s going on in the world.

Given the choice between the abundance of information we have today—messy as it can be—and an era when a handful of anchors delivered just a half-hour of news each evening on one of the Big Three (ABC, CBS, NBC) television networks, and when many communities lacked access to other major news sources, how many of us would actually roll back the clock? Nobody in small town America ever got to read the New York Times, Wall Street Journal, or other national or global news sources before the internet came along.

Despite this virtual ocean of news content for consumers, many in politics, academia, and the media fret that journalism’s best days are behind us. Many of their concerns are actually quite old, however. People were fretting about the “death of news” long before the internet came along. The corresponding policy suggestions were also proposed in the past.

Now, as then, these “problems” may be misdiagnosed and the subsequent “solutions” are unlikely to be beneficial.

The Long Death of Media

Today, many are worried about the effect that Facebook and Google are having on the media landscape. It is true that the social media platforms currently earn around 60 percent of advertising revenues—income that traditional media outlets had traditionally relied upon to shore up subscription revenues.

But as many media scholars point out, journalism has always been something of a fraught economic endeavor. Although it is tempting to reminisce over a “golden age” of well-funded journalism, where handsomely paid dirt-diggers held power to account and brought truth to the public, in reality, journalist platforms have long had to adapt and rely on innovative funding sources and business models to stay afloat.

Market changes may make some outlets more profitable or sustainable in the short term, but the tendency is generally that journalism struggles to keep the press rolling. We should not, therefore, expect that policies can “fix” a journalism market that was never “fixable” to begin with. The economics of news production and dissemination remain challenging as ever and outlets will constantly need to reinvent themselves and their business models.

Similar concerns about the viability of journalism accompanied the rise of yesterday’s technologies: radio, television, and even at-home printing were all at one point thought to be the death knell of traditional print journalism. Yet print has remained, in one form or the other, and outlets learned to use disruptive new technologies to augment their reporting and better serve their audiences. Consumers have more options than ever despite lawmakers’ failure to act on the policy solutions that were offered during previous predictions of the same “death of journalism.”

Proposals to subsidize media, even through a seemingly “decentralized” channel of taxpayer-directed (and funded) vouchers, is tempting for many of those worried about the future of a free press. Ironically, introducing government funding into the provision of media actually increases the risk that the media will be compromised.

Journalism subsidy proposals have been suggested for many years. Such plans inevitably invite greater government meddling with a free press. Consider the simple issue of determining which outlets should qualify for a government subsidy. After all, you can’t just allow people to hand out money to anyone. But if you allow a regulator to define eligible “journalists” or “news” you grant government greater power over the press. Controversies will ensue.

Should, say, Alex Jones be allowed to receive journalism vouchers? His supporters would think so, and they would have a strong First Amendment argument on their side. What about outfits associated with foreign governments or terrorist-designated groups? Each iteration grants more opportunity for ideological conflict.

And what if someone does not want their tax dollars to go to any platform at all? Should they be allowed to just get a tax rebate? Would this not defeat the entire purpose of the program? The political and legal complexities of this seemingly straightforward proposal quickly become clear.

Nor are the dangers with government control of media strictly hypothetical. We have several decades of case studies in the form of old Federal Communications Commission (FCC) policies. Whether its merger reviews, media ownership rules, or the fairness doctrine, history shows that when political appointees are granted the power to dictate content control—no matter how roundabout—they will often succumb. Nor or this a partisan phenomenon; authorities in both political parties have taken advantage when they could.

A “Solution” Should Not Exacerbate the Problem It Seeks to Overcome

Although the internet has increased the content options for consumers, it has also generated new challenges for news providers. This is not a new phenomenon, nor is it insurmountable. It will take time and ingenuity, but innovative news outlets will learn to survive and thrive in this new environment.

Patience is difficult, but it is a virtue. We should not allow our anxieties about the current state of a changing market to dictate policies that will ultimately cement government control of media content decisions. Soon enough, innovators will discover a new model that brings new sustainability for journalism for the next little while. And then, when that starts to wane, we’ll hear more calls for the government to get involved once again. It’s tempting, but ultimately self-defeating, and we should reject it now just as we have in the past.

My articlesMy books
Follow on:
Previous New Research on the Economic Situation and Externalities
Next Alex Tabarrok on Higher-Ed Inflation: Productivity Hasn't Budged Since Socrates