Employment Bounces Back in a Big Way 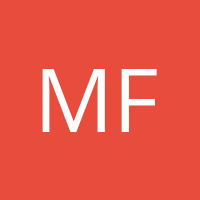 by
Michael D. Farren
My articles My books
Follow on:
Summary:
The labor market once again outperformed economists’ best expectations, with the Bureau of Labor Statistics (BLS) reporting on July 2 that payroll employment rose by 4.8 million jobs from May to June. Meanwhile, recent data classification problems, which have artificially lowered the unemployment rate by counting some furloughed workers as employed rather than unemployed, have been reduced, but there’s still more to the story: After adjustments to account for the data misclassification problem, the unemployment rate dropped from 16.4 percent in May to 12.3 percent in June. It’s now only about 1 percentage point higher than the official rate (11.1 percent). But the gap with the “pre-pandemic comparable unemployment rate” remains wider. This rate also fell, from 19.5 percent in May to 14.8

Tyler Durden writes Will Your FBI Entrap You?

János Kornai, the Austrians, and the political and economic analysis of socialism

The labor market once again outperformed economists’ best expectations, with the Bureau of Labor Statistics (BLS) reporting on July 2 that payroll employment rose by 4.8 million jobs from May to June. Meanwhile, recent data classification problems, which have artificially lowered the unemployment rate by counting some furloughed workers as employed rather than unemployed, have been reduced, but there’s still more to the story:

Given that February to April saw the fastest labor market decline ever recorded, the news that 7.5 million workers returned to their jobs from April through June is definitely something to celebrate. But there are still 28 million workers who are unemployed or say they want a job, 17.2 million more than before the pandemic started.

The heady employment increases may blunt some policymakers’ motivation to pass further economic relief packages. And because the weekly $600 in additional unemployment insurance benefits provided by the Federal Pandemic Unemployment Compensation (FPUC) program ends this month, the economy may soon feel the unmitigated pain of mass unemployment.

Much has already been written about the recent misclassification error in the Current Population Survey, which provides the data underlying unemployment rate calculations. Due to survey respondent and surveyor mistakes, some workers who were furloughed were instead counted as “employed, but absent” from their jobs. The BLS has been transparent about this problem since it emerged in March, but it’s not easily fixable because the BLS has a policy of not altering respondents’ final answers to survey questions to preserve the original data. Ironically, the very policy intended to limit the potential for political manipulation of the data has resulted in the BLS being accused of partisan bias.

The good news is that the estimated number of misclassified workers fell from 7.5 million in April to 4.9 million in May, and then to just 2 million in June. The decline is probably attributable to some of these workers returning to work, as well as the BLS better training surveyors to mitigate the problem. As a result, the misclassification-adjusted unemployment rate (U-3MCA) is only about 1 percent higher than the official unemployment rate (U-3).

Economist Wendy Edelberg of the Brookings Institution has suggested that policymakers should compare the current unemployment rate with the pre-pandemic rate of 3.5 percent in February to understand how much more recovery is needed, rather than focus on the large monthly declines from the recent high. The current unemployment rate, however, isn’t comparable with February’s because millions of previously employed workers aren’t counted as part of the labor force.

These workers, while laid off from their jobs, aren’t counted as unemployed. This is likely because they didn’t start looking for work due to the risk of infection and because unemployment insurance eligibility was changed to allow workers to qualify for benefits without needing to pursue employment. The number of these uncounted unemployed workers peaked at 8.0 million in April, dropped to 6.3 million in May, and fell further to 4.6 million in June—larger than the “employed but absent” misclassification error in each month.

Properly counting the unemployment rate is important, if for no other reason than it reduces the likelihood that pundits and politicians will provide their own inflated estimate to serve their partisan purposes. The current mess of economic data has even confused some reporters. The comprehensive jobless rate is an answer to this situation—it provides the highest feasible measure of joblessness. It counts anyone who says they want a job, regardless of whether they’ve looked for work or are currently available to start a job.

Additionally, there are multiple other unemployment metrics that have been proposed to help us better understand the labor market during the pandemic.

A New Surge in COVID-19 Cases May Reverse Gains

We should celebrate the millions of workers returning to their jobs after mandated business closures were relaxed, but the depth of the economic hole we’re in is sobering. Thankfully, we’re developing the new policies and social norms, such as mask mandates and crowd size limits, that will allow the economy to evolve to a “new normal.” This is critical, because the longer that workers are away from their jobs, the more likely that temporary furloughs will turn into permanent layoffs.

The recent spike in new COVID-19 cases across the southern US will challenge the strong economic recovery so far. It might even motivate policymakers to extend the FPUC’s $600 weekly addition to state unemployment insurance. But because the FPUC creates a disincentive to pursue employment when it’s offered, Congress should examine reforming the program, perhaps by allowing claimants to receive a reduced benefit even after returning to work as a version of “hazard pay.” Regardless, we should prepare for potentially worse economic news next month. The economic recovery may not be “V-shaped” but instead a series of whiplash-inducing zigzags.

My articlesMy books
Follow on:
Previous Which Taxes Pay for Which State and Local Employees?
Next Early Admission

Syria Prepares For Military Confrontation With Turkey In Northeast