The Moving Forward Act Is a Nonstarter 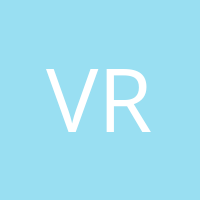 by
Veronique de Rugy, Daniel M. Rothschild
My articles My books
Follow on:
Summary:
Despite giant and growing budget deficits, the House of Representatives last week passed a huge .5 trillion infrastructure bill called the Moving Forward Act. As has become the norm in Congress, this bill is mostly a hodgepodge of various pet projects, many of which bear only a passing resemblance to what could be called “infrastructure.” This is too bad. America is in a rut of complacency, unable to build new things or take risks. So a smart approach to infrastructure would focus first and foremost on pruning the regulatory underbrush and ultimately reforming the regulatory state that at great cost holds back private-sector investment in infrastructure. In addition, a smart approach would shave years off the interminably slow pace of public infrastructure development. Instead, what the

The Fiscal Cost of COVID-19

Be a Fox, Not a Hedgehog

Despite giant and growing budget deficits, the House of Representatives last week passed a huge $1.5 trillion infrastructure bill called the Moving Forward Act. As has become the norm in Congress, this bill is mostly a hodgepodge of various pet projects, many of which bear only a passing resemblance to what could be called “infrastructure.”

Instead, what the House has produced is another bill that throws money at various (ostensible) problems, carrying water for special interests and feeding the bipartisan addiction to spending largess now, with the tab to be paid by succeeding generations.

More specifically, here are 10 egregious examples of how the Moving Forward Act would do little to, well, move us forward.

Data show that, with the right policies, up to $250 billion could be gained in additional private capital for infrastructure projects. Unfortunately, in spite of the federal government’s relatively small financing footprint, its regulatory policies have an outsized impact on the infrastructure investment decisions ultimately made by state and local governments and the private sector. The federal regulatory burden imposed on infrastructure projects is well documented; one of the main culprits is the 1978 National Environmental Protection Act (NEPA), which adds years to the planning stage of major projects and has been cynically abused by NIMBY and BANANA groups to keep many projects from being undertaken.

A serious infrastructure bill would take on NEPA and other regulatory reform; the Moving Forward Act instead doubles down on the current sclerosis.

2. It immanentizes the environmental eschaton. The infrastructure bill is described by Rep. Peter DeFazio (D-OR), the chair of the Transportation and Infrastructure Committee, as “the application of the principles of the Green New Deal.”

It shows. The bill includes too many tax credits and green energy subsidies to count, such as tax credits for renewable energy, grants for zero-emissions buses, tax incentives for green-energy technologies, and tax credits for purchasing, manufacturing, and deployment of zero-emission vehicles and publicly accessible electric vehicle charging infrastructure. In that way, it more closely resembles a tax bill chock full of lobbyist-endorsed crony provisions than an infrastructure bill.

It also “invests” a lot of money the good old-fashioned way, such as $20 billion for energy efficiency in public buildings, more than $100 billion to put more zero-emission buses on the streets, $1.4 billion in alternative-fuel charging infrastructure, and more than $70 billion to transform our electric grid to accommodate more renewable energy.

While often well meaning, these subsidies have only a distant connection to infrastructure (i.e., tax credits of up to $2,500 for buyers of used all-electric vehicles or tax credits for residential solar hot water heaters). In addition, most of them won’t achieve their intended goals—instead, they will shift resources away from nonsubsidized projects, no matter the merits of those projects.

3. It hides behind fantastical “jobs” claims. Advocates of the bill claim that it will “create millions of jobs that cannot be exported” and “stimulate the broader economy.”

The jobs argument is the last refuge of a desperate appropriator. Our last national experiment with creating jobs through massive infrastructure spending—the American Recovery and Reinvestment Act—was a flop when it came to mitigating unemployment. The academic literature on this statute and its effects shows that claims about massive job creation from infrastructure spending should be taken with a healthy serving of salt.

Infrastructure spending should be evaluated on the merits of the infrastructure being built or maintained—not on the jobs created. After all, as Milton Freidman pointed out, digging a canal with spoons instead of shovels creates lots of jobs—but not much infrastructure. Moreover, the Moving Forward Act strengthens “Buy American” provisions: good for populist politics, bad for creating value for taxpayers.

A better approach would be to look at the jobs created by using infrastructure rather than building it. This perspective indicates the need for reforms that unleash private-sector capital for infrastructure investment.

4. It’s really just an omnibus spending bill. Funding everything from school to childcare, housing and broadband, the Moving Forward Act is host to a collection of social spending items that couldn’t get enacted through the regular budgetary process. For instance, the bill includes $100 billion for upgrading public schools, another $100 billion for housing, $10 billion for childcare facilities, deploying wireless internet access on school buses, and various “digital equity” programs.

Most of these issues are better treated not as infrastructure issues, but as regulatory issues. Want more affordable housing? Reform the regulations that raise housing costs and limit supply. Want more childcare? Address the regressive regulatory restrictions that fall hardest on lower-income parents. Want more broadband? You guessed it.

Some things in the bill, such as expanded COVID-19 testing, may make sense. The fact that Congress won’t take these matters up independently, instead preferring to sock them into an omnibus spending package masquerading as a transportation bill, speaks to the unseriousness with which the legislative branch is run.

5. It bails out Amtrak. This bailout moves things in the wrong direction. To improve the self‐sufficiency of the overall passenger-rail system, it is time to reduce subsidies for Amtrak. Better yet, it is time to privatize Amtrak altogether.

Amtrak is a costly transport system with a mediocre performance record. It carries less than one percent of intercity passenger miles, and it is mostly enjoyed by residents of affluent coastal areas. Its signature Acela “high-speed” trains aren’t just unavailable but unpronounceable to the vast majority of Americans.

As the White House’s FY2021 budget documents point out, “Long distance routes continually underperform, suffering from low ridership and large operating losses of roughly half a billion dollars annually,” and “Amtrak trains inadequately serve many rural markets while not serving many growing metropolitan areas at all.”

6. It bails out the Post Office. The Moving Forward Act would authorize $25 billion for the USPS for the modernization of postal infrastructure and operations. It also reserves $6 billion for the purchase of new vehicles, as well as tax credits for (wait for it) electrifying the postal-service fleet. This too is a move in the wrong direction; these green energy requirements will make it more costly for the USPS to survive.

The fundamentals of the USPS are terrible: the post office is hemorrhaging cash, its costs are out of control, and it has been unwilling or unable to come to grips with changing consumer needs, preferring to kill innovation rather than embrace it. Putting a bailout for the USPS into something called the Moving Forward Act is humorous if you’re into legislative irony, but it’s exactly the wrong business decision.

Much-needed postal service reform will not come about by showering it with billions that allow it to further put off reform. Furthermore, the Post Office is not “infrastructure,” in case that’s not already abundantly clear.

The congressional desire to spend money on broadband is an infrastructure bill perennial, regardless of growing access. What’s more, when money is appropriated for broadband, it tends to end up in boondoggles. For instance, the American Recovery and Reinvestment Act set aside $7.2 billion for the development of rural broadband, but the result was a spectacularly overpriced high-speed system and some epic failures with little to no economic benefit.

8. It doubles down on the Low-Income Housing Tax Credit. While this item is one of the many spending plans that are not germane to infrastructure, it may sound like a worthy one since it claims to reduce the cost of housing for lower-income Americans. Don’t be fooled. Research shows that this “credit” is mostly a handout to investors, developers, and financial companies.

9. It doubles down on “private activity bonds.” The act contains a large number of private activity bonds for small businesses, farmers, zero-emission vehicle facilities, and sewage and water supply facilities. These bonds encourage state and local governments to acquire more debt in order to prop up select well-connected businesses while shifting some of the resulting interest costs to the federal government and ultimately onto future taxpayers. It also misallocates resources because it creates the illusion that state and local projects can be financed at a lower cost than private businesses, and so artificially it shifts resources away from the private provision of infrastructure.

10. It piles onto the debt. Washington has become pathologically incapable of paying for virtually anything anymore. In spite of many new and expanded sources of revenue, the Moving Forward Act makes no effort to pay for itself. The Congressional Budget Office’s score of the Moving Forward Act predicts that it will add almost $450 billion to the federal budget deficit and cause a decrease over the next 10 years of $213 billion in revenues.  Financing for roads and transit would require borrowing $145.3 billion on top of the $140 billion that the highway program has already borrowed since 2008.

As a reminder, the US national debt is now about $26.5 trillion, and it increased by about $17,500 since you started reading this essay.

A Better Way to Move Forward

None of this is to say, of course, that infrastructure doesn’t matter. To the contrary, it’s long past time America gets serious about building again. That will require capital and ideas from the private sector and provision of responsible infrastructure of the roads-and-bridges variety primarily from state and local governments.

It will also require substantial regulatory reform, in some cases ripping out root and branch the regulatory barriers that have let to infrastructural sclerosis. Michael Mandel of the Progressive Policy Institute likens accumulated regulations to pebbles in a stream: it’s not any one individual regulation that stops the stream from flowing, it’s the aggregate effect of over 1 million accumulated pebbles. If you’re concerned that our infrastructure is outdated, that it’s prohibitively costly to build, that it can take decades for a project to go from ideation to completion, look to the pebbles in the stream for your answer.

Infrastructure matters, and it requires a serious approach. The Moving Forward Act is symbolic legislation, of course; it stands no chance of passage in the Senate. Unfortunately, what it symbolizes is that the House of Representatives is taking a flippant, unserious approach to a critically important issue.

My articlesMy books
Follow on:
Previous Early Admission
Next Commercial social spaces in the post-disaster context

Vices are NOT Crimes