The European Union’s Governance System and the COVID-19 Pandemic 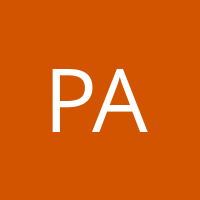 by
Paul Dragos Aligica
My articles My books
Follow on:
Summary:
The COVID-19 pandemic has tested the resilience and response capacities of the entire range of organizational forms that are defining the governance systems of advanced industrial democracies, from the local level to the supranational level. In this respect, the complex and economically well-endowed European system, based on the European Union’s (EU) governance architecture, has been a surprising failure. Research by scholars at the Mercatus Center at George Mason University on public and private governance arrangements and their capabilities to adequately respond to crises, highlights a possible approach for understanding the current EU governance system and how it may ultimately undermine its response and recovery efforts . Peter Boettke & Eileen Norcross on Public GovernanceThe

The COVID-19 pandemic has tested the resilience and response capacities of the entire range of organizational forms that are defining the governance systems of advanced industrial democracies, from the local level to the supranational level. In this respect, the complex and economically well-endowed European system, based on the European Union’s (EU) governance architecture, has been a surprising failure. Research by scholars at the Mercatus Center at George Mason University on public and private governance arrangements and their capabilities to adequately respond to crises, highlights a possible approach for understanding the current EU governance system and how it may ultimately undermine its response and recovery efforts .

The European Union as a polycentric governance system

The EU was supposed to operate at its best precisely in cases of crisis, acting as a supra-governmental structure, able to solve the collective action problems generated by transnational risks and threats. The EU’s principle of subsidiarity was meant to provide a type of polycentric structure in which different and competing governance units are coordinating under an overarching system of rules and coordinating mechanisms in a supranational or transnational manner.[1] If we take as a benchmark a functional polycentric system, or more precisely the idea of a functional polycentric system in which the subsidiarity principle is pivotal, one could easily conclude that in the EU, the basic conditions of polycentricity were in place long before the current crisis started to escalate. Perhaps these conditions were not perfect but they were definitely present to a greater extent than in any other significant international governance regime.

At least in de jure and in theoretical terms, the institutional structure of the EU was polycentric. Its structures and procedural codes satisfied the basic conditions of a polycentric system. One could see at work a complex national, regional, local, and supranational cluster of different decision centers, different jurisdictions working under an overarching system of common rules, given by the European Union Constitution and the Acquis communautaire. It was thus fair to presume that the institutional resources to manage crises were in place. It is not farfetched to imagine that it was possible within the existing structures to have worked out a complex set of possible arrangements and policies, at different levels and calibrated to different circumstances, including between national state and subnational and supranational entities. Yet the EU has failed to adequately assess and respond to the COVID-19 pandemic.

As Herszenhorn and Wheaton at Politico put it: “Europe failed the coronavirus test: EU nations, despite their pledge to an ever-closer union, reacted selfishly and chaotically once the threat became evident. Health ministers — four of whom quit or were fired during the crisis — bickered. Governments misled Brussels about their preparedness, then hoarded essential equipment and haphazardly shut their borders, disrupting commerce and stranding citizens.”[2] It was the EU’s first truly major test in dealing with a crisis of such nature and magnitude. A crisis where the very nature of the problem — a global pandemic — recommends a solution based on a polycentric system of government. And the test was a failure.

The question is: Does this constitute a failure of the polycentric system? The answer to this question is no, and the reason is simple. Upon closer inspection, the core of the issue is the differences between the de jure and de facto rules, between the institutional structure as it is described and prescribed “by the books” and the ways it operates “in real life.”

In the case of the EU, the de facto operating procedure was not converging but instead conflicting with the system’s de jure design. Despite the formal polycentricity of the EU governance system, at least one of the major actors (e.g. powerful countries like Germany) in the system tried to act as if it was operating in a more monocentric (i.e. top-down or centralized) system. This conflict between the intention of the EU and the actual actions of countries within it, as well as between individual national approaches, has hindered the flexibility and adaptability of the larger system, exacerbating rather than aiding crisis response and recovery.

In a recent study, we have overviewed the details of the ongoing migrant crisis in the EU.[4] One of the main insights from our research is to simply point out the prominent countries and the relevant decision makers, and their role in influencing and implementing EU policies and activities. The decision makers operated under an obvious monocentric mindset. Some big players, such as Germany, assumed that the weight of their country in the polycentric system was sufficient to grant them a type of monocentric decision authority. This heavy-handed approach spurred tension, disagreement, and agitation about the broader European response to the influx of migrants and how best to handle it. The consequences for the ways the collective response occurred were drastic. The public perception was even worse.

The migrant crisis offers a valuable lesson about monocentric and polycentric systems, and about state and supra-state actors and their responses in crisis situations that can help us better understand the current pandemic and the EU’s response. Similar patterns of dysfunctionality have emerged in each crisis. In both cases the dominant, immediate reaction of the decision makers was to operate under an obvious monocentric mindset. And in both cases, a subset of veto players have decisively shifted the dynamics of the collective decision making in directions incapacitating some potential forms of collective response. The emerging patterns are thus signaling that a structural problem is at work in both circumstances.

What we know about responding to and recovery from crises

The approach scholars associated with the Mercatus Center have advanced in the study of the crucial theme of crises has largely been to first identify cases of disasters and crises and the subsequent response and recovery efforts taking place in governance systems that were operating on, or were assumed to respond mostly on, centralized, monocentric principles.[5] Then, to show, through careful case studies, the limits this governance logic has in practice; that even in times of crises, when we often turn to top-down authority, these systems cannot operate very effectively. In cases of real-life crises, however, one may notice many polycentric, decentralized local spontaneous responses. Many scholars in this tradition have studied such responses, highlighting the importance of bottom-up entrepreneurial reactions to crises. The Mercatus perspective suggests that governance systems in general have a much better performance in this respect if more polycentricity and spontaneity are allowed in their structures and operations. Even in extreme cases such as disasters, a more decentralized approach has underappreciated and under-utilized strengths.[6]

‘Community Revival in the Wake of Disaster’ Book Panel

When one turns to the EU, the current pandemic, and related crises, one encounters a different type of case. These are systems which are in theory and on paper polycentric but once confronted with a crisis they seem to be unable to practically operate that way. The supranational polycentric structure is unable to operate as such because in practice it is hindered by some of the more powerful countries that operate on monocentric principles. The result is failure in many respects. Neither the polycentric mechanisms nor the monocentric mechanisms work. The crisis rather than being reduced is, in fact, potentially aggravated because the nature of a pandemic is not national but international or transnational and therefore requires supranational coordination.

The major danger looming in these cases is that in the light of such failures there will be voices claiming that one now has living proof of the failure of polycentric governance; a proof that governance under decentralized and subsidiarity arrangements is not feasible in conditions of crisis. Hence more monocentricty and centralization is required. However, it seems to be more plausible to conjecture that these crises have not tested the capability of a polycentric system but rather highlighted the lasting impacts of monocentric approaches and the subsequent challenges to providing an adaptable and flexible supra-governmental response.

Learn about the Hayek Program’s Community & Crisis research project and submit a research proposal to get involved.

More Commentary on the COVID-19 Pandemic:

Paul Dragos Aligica is a senior fellow for the F. A. Hayek Program for Advanced Study in Philosophy, Politics, and Economics at the Mercatus Center at George Mason University

[5] For a list of research from the Mercatus Center Gulf Coast Recovery Project, see https://ppe.mercatus.org/expert_commentary/mercatus-disaster-recovery-research, and for further research on Hurricanes Katrina and Sandy, see http://www.communityrevival.us/research.

My articlesMy books
Follow on:
Previous Doing Bad by Doing Good during the COVID-19 Pandemic
Next New Research on Federal Regulation, Broadband Policy, and Immigration During COVID-19

Doing Bad by Doing Good during the COVID-19 Pandemic