The Limits of Infrastructure Stimulus 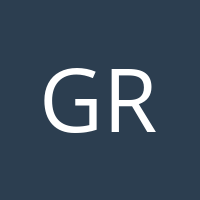 by
Garett Jones, Daniel M. Rothschild
My articles My books
Follow on:
Summary:
There is renewed interest in a significant economic stimulus package to build and improve public works infrastructure. The experience of the 2009 American Recovery and Reinvestment Act (ARRA) suggests that marrying the goals of infrastructure provision and putting unemployed individuals back to work is likely to result in a double disappointment: while some unemployed workers will be hired, many workers—especially high-skilled ones—will be shifting from another job rather than be hired directly from the unemployment lines. Infrastructure spending should be evaluated mostly on the merits and value of the projects it funds and should not be seen as a reliable way to quickly increase aggregate demand or to put the newly unemployed back to work. This brief highlights five findings from two

A Perfect (Tweet)storm: Conjectures on a Post-COVID World

Masks for All: Using Purchase Guarantees and Targeted Deregulation to Boost Production of Essential Medical Equipment

There is renewed interest in a significant economic stimulus package to build and improve public works infrastructure. The experience of the 2009 American Recovery and Reinvestment Act (ARRA) suggests that marrying the goals of infrastructure provision and putting unemployed individuals back to work is likely to result in a double disappointment: while some unemployed workers will be hired, many workers—especially high-skilled ones—will be shifting from another job rather than be hired directly from the unemployment lines.

Infrastructure spending should be evaluated mostly on the merits and value of the projects it funds and should not be seen as a reliable way to quickly increase aggregate demand or to put the newly unemployed back to work.

This brief highlights five findings from two empirical studies we released in 2011 on the microeconomic effects of the ARRA that should illuminate the current public debate on the response to the COVID-19 pandemic.

Our 2011 survey found that, of workers hired by firms that received ARRA funding, only 42 percent had most recently been unemployed; 47 percent were employed at other firms, and the remaining 11 percent were either in school or out of the labor force.

In other words, accounting-based measures of the benefits of stimulus programs inherently overstate the number of persons brought from unemployment into work: in 2009, it was wrong to assume that the overwhelming majority of those hired with stimulus funds were hired from the unemployment lines. Many of the jobs that were ostensibly “created” were actually “shifted” by hiring workers away from other firms.

Further, job shifters tended to get raises—a sign that they were not from a segment of the labor market glutted with surplus workers. When we asked newly hired workers how their pay at the new stimulus-funded firm compared to their last job, the job shifters were much more likely to report pay raises compared to those hired from unemployment. Those bigger wage hikes for the job shifters are yet another sign that good help is hard to find and workers need to be poached, even in a mass unemployment crisis.

Because of job shifting, accounting-based estimates of “jobs created” by an economic stimulus package are likely to significantly overstate the actual impact on net job creation. This is particularly true in sectors of the economy that mostly hire high-skilled workers, sectors where job-shifting is more likely to occur than hiring the unemployed.

In our field research we identified two strategies employed by recipients of ARRA funds that constituted “juking the stats,” or making projects look like they create more economic activity than they in fact do.

The first is undertaking work in such a way that maximizes labor inputs rather than infrastructure outputs; that is, specifying jobs in such a way as to maximize dollars spent. We dubbed this the “tiny tiles” method. As we wrote,

One federal contractor who installed tile in government buildings said that he had planned to install some typical four-inch white tiles, the kind he had used in countless government projects beforehand—the very tiles specified in the architectural renderings. But a revised project specification issued by the contracting agency required him to use a smaller, more intricate set of colored tiles. The contractor told our team that installing the smaller tiles would increase his labor costs alone by 50 percent and the only reason he could see for using the smaller tiles was to move the money out the door on the ARRA schedule.

The second is relabeling projects: taking projects already underway and funded through normal channels and labeling them as stimulus-funded projects. In this way, money seems to flow into the economy faster, despite there not being any actual new spending.

Beyond intentional manipulation of statistics, we found wide discrepancies between the ways recipients calculate and report jobs created by ARRA funding, at least in part owing to inconsistent instructions from various federal and state agencies.

During and after the Great Recession, Good and Idle Firms and Workers Were Hard to Find

Our fieldwork showed that, to a significant degree, stimulus funding went to firms that were already busy, not those that suffered the most from the downturn. Several firms told us that when they undertook ARRA-funded projects, they were forced to turn down other work. Here, good government contracting practices (hiring skilled and reliable firms) work contrary to the goal of fiscal stimulus (hire the firms with slack capacity, which are less likely to be the best firms).

Hiring workers for stimulus-funded projects, even in a time of high employment, is no simple task. Only about half (47 percent) of firms who received ARRA funds in our sample reported that it was easier to hire high-quality workers than before the recession. Further, rehiring of laid-off workers was rare: only 4.4 percent of employees in our survey reported being laid off and brought back.

Additionally, workers are not fungible across industries. It seems likely that the COVID-19 recession will disproportionately hurt firms and workers in certain sectors, such as leisure and hospitality, transportation, and mining. It’s not clear that workers from these sectors have the necessary skills and training or are geographically well placed to work on projects building infrastructure that a stimulus program would likely fund—though the best job prospects for a rapid shift between sectors likely come from hiring workers for entry-level jobs that typically require less schooling.

In a downturn, many firms will hoard labor; that is, they will keep workers on payroll who may be currently unproductive. This is an explicit goal of some policies currently under discussion; proposals would have the federal government subsidize companies suffering from significant demand decreases to keep their workers on payroll, even if there’s no work for them to do. Indeed, this is part of the current proposal of the UK government, a plan for the government to pay 80 percent of the wages of millions of workers, up to a level just above the median UK income, as long as those workers stay on the company payroll.

Infrastructure stimulus funneled to firms that engage in labor hoarding may give those workers productive activities to undertake (while before they were employed but idle), but it won’t create new jobs. Rather, it serves as a revenue stream for the firms in question. This may be valuable for some purposes, such as minimizing firm insolvencies, but it has no impact on employment.

No Such Thing As Shovel Ready

There simply aren’t many infrastructure projects that are ready to be quickly undertaken subject to congressional authorization. Firms and households may maintain a wish list of investments and consumption that they would undertake with higher-than-expected profits or wages. Governments typically don’t operate that way. There is, as President Obama concluded in 2010, “no such thing as shovel-ready projects” in the realm of public works.

The American way of building public infrastructure is not designed with speed in mind—indeed, it appears to be the opposite. One notable speed bump is the National Environmental Protection Act (NEPA), which requires public infrastructure projects that are likely to affect the environment to undertake an environmental impact statement (EIS), which takes on average 4.5 years to complete. ARRA-funded projects were subject to 193,000 NEPA reviews and 850 EISs.

Absent a radical and immediate overhaul of the Federal Acquisition Regulations (FARs) and NEPA—and a herculean effort to identify and specify hundreds of billions of dollars in public infrastructure projects that create real value—it’s all but impossible to see an infrastructure stimulus package being part of a meaningful response to reduce unemployment during the COVID-19 recession.

It will take years of effort and significant political will to change the way America builds infrastructure to prioritize speed and quality. Until this happens, our research shows that public works infrastructure projects will be a poor means for rapidly hiring the newly unemployed. These considerations should temper the prevalent boosterism behind proposals for an infrastructure stimulus package. 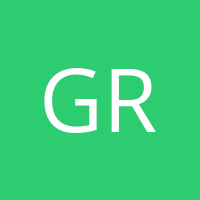 My articlesMy books
Follow on:
Previous The Overton Window Is Now Wide Open for Much-Needed Reforms
Next The Case against Bailing Out the Airline Industry