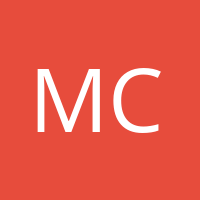 by
Mercatus Center
My articles My books
Follow on:
Summary:
The candidate known for his gaffes topped himself when he said that anyone who had trouble choosing between him and Donald Trump for president “ain’t black.” Later, after Joe Biden’s advisors finished smacking their heads, the former vice president issued a groveling apology. That was good enough for some black politicians and commentators. Take Donna Brazile, the Democratic Party’s interim chair in 2016. After the apology, she considered the issue over and done. CNN and NBC barely mentioned it. “Nothing to see here. Let’s move on.” Other black politicians and celebrities were less forgiving, though few said it disqualified him. Whether they were harsh or forgiving, all African-American commentators agreed on one thing: Democrats could not take black votes for granted this November.

A Fed for Next Time: Ideas for a Crisis‐​Ready Central Bank

A Fed for Next Time: Ideas for a Crisis‐​Ready Central Bank: Panel 4 Preserving Monetary Autonomy

The candidate known for his gaffes topped himself when he said that anyone who had trouble choosing between him and Donald Trump for president “ain’t black.” Later, after Joe Biden’s advisors finished smacking their heads, the former vice president issued a groveling apology.

That was good enough for some black politicians and commentators. Take Donna Brazile, the Democratic Party’s interim chair in 2016. After the apology, she considered the issue over and done. CNN and NBC barely mentioned it. “Nothing to see here. Let’s move on.” Other black politicians and celebrities were less forgiving, though few said it disqualified him. Whether they were harsh or forgiving, all African-American commentators agreed on one thing: Democrats could not take black votes for granted this November.

Strategists in both parties saw their point. Trump was already striving to win black support before the pandemic crushed the economy. Now, as the economy reopens, he will renew that appeal and exploit Biden’s comment. Even small increases over his 2016 totals among African-Americans could be decisive in swing states.

Biden’s blunder also underscored an inconvenient truth, universally acknowledged: It is dangerous to let the former Vice President to speak extemporaneously. At any moment, his train of thought could run off the tracks and crash into the ravine. It happens repeatedly. The safe choice is to stick with the teleprompter. But that’s not always possible, and, when it is, makes for dull viewing. You can’t do interviews that way; you can’t talk with voters and donors that way; and you certainly can’t generate voter enthusiasm that way.

Biden’s foot-in-mouth disease is one reason party poohbahs worry about the general election. They know Pres. Trump is vulnerable, but they wonder if Biden can capitalize. Many believe the former vice president is, at best, a “generic Democrat,” who will capture the anti-Trump vote. He will capture those who want to “return to normal” after the disruptive Trump years. To win, however, he needs more than that bland appeal. He needs to promote a vigorous, forward-looking agenda that energizes both party activists and independent voters.

Capturing both activists and independents is tricky, even for candidates more adroit than Biden. The party faithful lean left; independents are more centrist. It’s hard to appeal to one without alienating the other. It’s even harder in the era of cellphones, when everything is recorded and circulated on social media. In ancient times, when phones were used only for talking, candidates could say one thing to Manhattan donors, another to San Francisco progressives, and yet another to moderates in suburban Atlanta or Philadelphia. No more. Those days are buried alongside Ma Bell.

So far, Biden’s only viral moments have been negative ones. His home-baked video conferences haven’t helped. Few have watched them. Those who did were treated to more technical glitches than a high school musical. It’s obvious Biden has to try something different, and soon. He has to ramp up a sophisticated online campaign, and he has to get out of his basement and start flying around the country. Although he can’t hold regular rallies—no one can—he can introduce his policy initiatives in telegenic locations, something Trump is already doing.

He must also make his most consequential decision before the fall campaign: Who will be his running mate? There are three major constraints on that choice. First, given Biden’s age, voters want to know his vice presidential pick is prepared to become president. Second, because the Democratic coalition depends on identity politics, both African-Americans and women must approve the choice. Biden is already committed to choosing a woman. Now, as the first white male to lead the Democratic ticket since 2004, he is being pressed to pick a woman of color. Third, he must cope with leftwing activists who demand transformational policies, far beyond those of the Obama administration. They voted for Bernie Sanders or Elizabeth Warren in the primaries and never embraced Biden. He needs their support in the general election. His track record makes that a hard sell.

The flurry of indignation about Biden’s “you ain’t black” gaffe underscores the importance of picking someone popular with African-Americans. Without their backing, Biden would never have won the nomination. The crucial moment came when the highest-ranking black member of the U.S. House, James Clyburn (D-SC), endorsed him just before the primary in Clyburn’s home state. That endorsement reinforced Biden’s main appeal to African-Americans: he was Barack Obama’s choice for vice president.

Biden’s success in South Carolina highlights a characteristic feature of modern Democratic Party politics. To win nationally, their candidates need strong black support. That not only means voting for Democrats in overwhelming percentages, it means turning out in large numbers. That’s true for many state and local candidates, as well. One reason Hillary Clinton lost, despite holding Trump to only 8% of the black vote, is that she couldn’t generate a large turnout in the African-American community. Because they stayed home in Cleveland, she stayed home in Chappaqua.

These calculations bear on Biden’s choice for a running mate. His racial gaffe makes it even more important to restore his reputation among black voters and generate some excitement. That’s good news for Sen. Kamala Harris (D-CA) and Rep. Val Demings (D-FL) and bad news for Senators Amy Klobuchar (D-MN) and Elizabeth Warren (D-MA). Klobuchar and Warren captured almost no black votes in the primaries. Some black activists have openly warned Biden not to pick either one.

The putative candidacy of Stacey Abrams, the imaginary governor of Georgia, is not serious. Although she is actively campaigning for the VP slot, her only significant support comes from partisan journalists in the Acela corridor, where reporters and editors produce fawning profiles. They depict Abrams, quite literally, as a caped crusader. Unfortunately for Abrams, Batman himself has a better chance of becoming vice president.

Biden’s problems with key Democratic constituencies are not limited to African-Americans, and those, too, will affect his choice. The progressive left still greets him with skepticism. He’s not one of them, and they know it. He’s a Beltway insider. The former vice president tried to run as a center-left candidate, but, time after time, he moved left to win support among progressive activists.

It is particularly striking—and a major sign of weakness—that Biden has continued to move left after winning the primaries. Normally, a candidate would edge toward the center, targeting undecided swing voters in the general election. Biden has not done that. Why not? Because he still needs to shore up his base. Within the Democratic Party, that base is chock full of progressives. They didn’t capture the nomination this time or last, but they demand to be heard. Biden and his team understand that.. Again, the issue is not whether the left favors Biden over Trump but whether they are enthused enough to campaign, donate, and vote.

Biden recognized these ideological concerns when he appointed Alexandria Ocasio-Cortez to co-chair his new committee on energy policy. Consider what that means. As principal sponsor of the Green New Deal, AOC is anathema in Pennsylvania’s fracking country, and Biden needs Pennsylvania to win. The inexorable conclusion is that, even though AOC hurts Biden in Pennsylvania (and Ohio) oil country, as well as Michigan’s auto belt, he is willing to accept the damage there because he needs national progressive support even more. That’s why Biden has pledged to appoint progressive co-chairs for all his policy committees. He is betting these concessions will help him more on the left than they will hurt him in the center. It’s a big bet, and it’s far from clear he will win it.

These problems, plus Biden’s earlier promise to pick a female running mate, leave him with a limited set of options. He has to pick someone who will strengthen his standing among progressives, consolidate his support among African-Americans, and convince everyone she could move into the Oval Office immediately. Voters always consider the vice president’s fitness to govern. It matters even more this year because Biden is the oldest candidate ever to run. He will be older on Inauguration Day than Ronald Reagan was when he left office. Concerns over Biden’s age and health (he has not released his medical records) make his choice for Vice President as weighty as the one Democrats made in 1944, when party leaders feared Franklin Roosevelt would not complete a final term.

These distinct problems are pulling Biden is different directions, forcing him to make hard trade-offs under tight constraints. No VP hopeful can check all the boxes. For Biden and his inner circle, the overriding question is “Who checks the most important ones?” Picking the right name on that short list is Biden’s biggest decision this summer.

Charles Lipson is the Peter B. Ritzma Professor of Political Science Emeritus at the University of Chicago, where he founded the Program on International Politics, Economics, and Security. He can be reached at [email protected]

My articlesMy books
Follow on:
Previous Now, More Than Ever, Classical Liberals Must Fight To Uphold the Open Society
Next Federal Pandemic Relief Could End the Interstate Economic Development Arms Race

Dining In The Financial District Will Never Be The Same