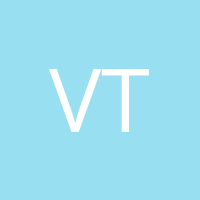 by
Vlad Tarko
My articles My books
Follow on:
Summary:
Many wonder how the university system will weather the COVID-19 crisis. But the finances of many colleges and universities were in a precarious state well before the pandemic owing to long-term declines in student enrollment. The present crisis accelerates this trend, and may push many colleges and universities over the edge. Foreign and out-of-state students paying higher tuition rates form the bulk of higher-ed revenues. The crisis will deal a blow to both these revenue sources. Recent changes to immigration policy had already made entering US academia less attractive for foreign students. A global pandemic just further tilts the scale. And as the economist Tyler Cowen has noted, American parents may be less likely to send their children out of state, owing to a belief that those schools

The Fiscal Cost of COVID-19

Be a Fox, Not a Hedgehog

Foreign and out-of-state students paying higher tuition rates form the bulk of higher-ed revenues. The crisis will deal a blow to both these revenue sources. Recent changes to immigration policy had already made entering US academia less attractive for foreign students. A global pandemic just further tilts the scale. And as the economist Tyler Cowen has noted, American parents may be less likely to send their children out of state, owing to a belief that those schools are less safe than their more local educational options.

There is no need for colleges and universities to make up budget shortfalls by lowering their standards to attract new students and thereby lowering the quality of their student body. They can simultaneously increase their enrollment while also increasing the quality of the student body by fast-tracking qualified high school students for admission.

Can students who have not finished high school face the greater challenges of college? Some of them clearly can, and experimentation can reveal the correct level. Research shows that the top 1 percent of high school students can learn the entire high school curriculum in one of the sciences in only three weeks. The top 20 percent may require more time than just a few weeks, but not four years. Colleges already provide remedial classes. In the worst-case scenario, they could require admitted high school students to take a year of remedial classes before enrolling in regular college classes—increasing college for them from four to five years, and giving colleges an extra year of tuition.

The option to skip some years of high school would be a great deal for qualifying students. It would allow them to get a college diploma several years earlier than they otherwise would. And rather than facing the stress of a make-or-break single-year college application process, they could apply to colleges year after year while remaining in high school.

Being admitted early has two great advantages. First, young students will get a diploma earlier and, hence, start earning money earlier. This will either extend their income-earning age range or allow them to retire earlier, and, accordingly, it will increase their lifetime incomes and/or satisfaction. Second, from a signaling perspective, enrolling in college early will allow top students to stand out even more. Much of the value of a college degree comes from the fact that it signals that the degree holder is the kind of person a firm wants: obedient, intelligent, conscientious, and so forth. Having a college degree at an earlier age enhances the signal, allowing the degree holder to stand out not only from those without college, but also among those with college.

Not all excellent high school students will probably opt for an early university education. One category of students who might still opt for the complete high school experience is the very top students and those who attend top-quality high schools. If the option is between an early college diploma from a lower-rated college and a later college diploma from an Ivy League college, the latter choice may still be preferable. The main early enrollees will likely be students in the top 20 percent, but maybe not at the very top.

The Social Benefits of Fast-Tracking

Higher education provides several types of benefits, such as useful skills, networking, and signaling. Liberal arts education is also seen by many as a path to growing as a person and expanding one’s outlook on life. The exact weights of the benefits are still up for debate, but the key point here is that no one denies that signaling is an important part of the package. Signaling refers to the idea that a college degree helps inform employers and others about a person’s important, but hard to evaluate, personal characteristics, because people possessing these characteristics will be more likely to obtain the diploma.

Signaling is beneficial to the individual, but wasteful to society as a whole. It amounts to everyone trying to stand up at a concert to see better. It is our equivalent of the peacock tail. Economist Bryan Caplan, in his book The Case against Education, provides the most comprehensive exposition of the argument that the signaling role of higher education leads to an important overall socioeconomic inefficiency. According to Caplan and others, the signaling game cannot benefit everyone with a college degree because there is only so much prestige to go around. This leads to an inefficient outcome: too much education and too little production. Too many people go to college, leading them to delay work. We as a society end up with fewer goods and services because such a big part of the potential labor pool is trapped in college, studying quasi-useless topics, rather than producing useful things.

The conclusion that Caplan and others draw from the signaling argument is that we need policies to reduce the number of college students. But there are other options. We could reduce the total number of years spent on education by reducing the time spent in high school and having students go to college earlier. As Caplan recognizes, it is very difficult to reduce college education precisely because of the valuable signaling it provides to individuals. But reducing high school years not only keeps that signal in place, it enhances it. Rather than trying to reduce waste by fighting against signaling, we can try to hijack the signaling game itself to build a more efficient system.

For Some High School Students, College Is a Better Bet

College education is significantly better quality than high school education. While Caplan (as well as others, such as Georgetown University professor, Jason Brennan, and American Institute for Economic Research economist, Phil Magness, in their book Cracks in the Ivory Tower) provides evidence that higher education provides a much poorer educational service than is commonly advertised, high school education is so bad that it is essentially nonexistent for vast numbers of students.

National exams routinely reveal dismal results for high school students. For instance, in 2009, “40 percent of students were at the lowest level” of science education, meaning they had gained zero knowledge after four years of high school “education.” The National Assessment of Educational Progress classifies students as “proficient” if they show a “solid academic performance” in national exams. What does this mean? The bar is extremely low. It includes “skills” such as being able to tell the difference between a star and a planet. And yet, only 21 percent of 12th graders managed to qualify as proficient or advanced. While students indeed forget a lot of what they learn in college, the performance is not this bad.

For those excellent students who would thrive in higher education, the weakest link of the overall educational system is high school, not colleges and universities. These students are much more likely to get a more appropriately challenging education in institutions of higher learning because those institutions attract better instructors. Colleges and universities hire some of the top graduates from the university system to serve as professors, and as such, the educational quality is much higher than in high schools.

While college professors may not always be the best communicators, they at least are experts in the subjects they are teaching. By contrast, high schools teachers tend to teach topics in which they have no specific expertise or for which they have not even trained (e.g., many science teachers teach physics with no specific training in physics). The university system is simply a better fit for high-achieving students who may otherwise be bored in high school courses.

How to Get There

If colleges and universities opt to start admitting high-achieving high school students, the obvious institutions to lose are the very high schools that provide them. Although public high schools don’t receive tuition directly from students, a drop in the number of students would still probably lead to some losses of revenues, due to a likely drop in government funding, as well as lost revenues from extras such as the lunch program and sports. But this does not mean educational quality would necessarily suffer, since low quality of high school education is owing not to lack of funding, but to poor organization and a low-quality labor force.

A large number of high school students would still remain there under this system. This may lead to much better student-teacher ratios and better focus on the students in need, which, in turn, may actually lead to some increase in the quality of high school education. Students who do not get fast-tracked to higher education might benefit as high schools would be able to focus on their specific needs. High schools might also better specialize in offering education without the assumption that most of their students will continue to college. As a result, high schools could offer more vocational training.

Why hasn’t it happened already? The main stumbling block may be the out-of-the-box nature of the proposal. Colleges have an opportunity for substantial gains, but at the moment, most of them haven’t noticed this opportunity. The focus is on cutting spending or attracting students from other colleges.

State and federal governments could do much to help or hinder this kind of system. State governors must be on board to implement the necessary admissions and funding policy changes. The federal government might still try to stop such a move: for example, it could cut federal subsidies to any college or university that tries the new system or refuse to provide student loans to those attending these institutions. Also, the large political influence of teachers’ unions could be a significant obstacle.

But private colleges are one group that is essentially free to try admitting high school students. They should try it and see what happens, especially if they are on the verge of bankruptcy or in very serious financial trouble. What do they have to lose? And, if all goes well, state and federal policymakers might get the proof they need to make policy changes to expand this idea further.

Vlad Tarko is an assistant professor in the Department of Political Economy and Moral Science at the University of Arizona.

My articlesMy books
Follow on:
Previous Employment Bounces Back in a Big Way
Next The Moving Forward Act Is a Nonstarter

Michael Hardin on Sacrifice vs. the Gospel of Peace