Home / Jim Fedako /The Freedom to Reject the “Best”

The Freedom to Reject the “Best” 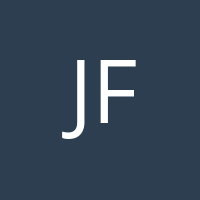 by
Jim Fedako
My articles My books
Follow on:
Summary:
A new study suggests that private schools are not inherently better than public schools. Surprised? Enough people were such that the study, funded by the US Department of Education, has created a stir in the education arena, as well as in the national news. But I want to argue that the results are meaningless, and ...

Reflections on the Failure of Socialism

A new study suggests that private schools are not inherently better than public schools. Surprised? Enough people were such that the study, funded by the US Department of Education, has created a stir in the education arena, as well as in the national news. But I want to argue that the results are meaningless, and for reasons not having to do with the methodology employed in the study.

The authors of Comparing Private Schools and Public Schools Using Hierarchical Linear Modeling analyzed math and reading scores of nearly 7,000 public schools and more than 500 private schools on the 2003 National Assessment of Educational Progress at the fourth and eighth grades. NAEP was the chosen assessment tool since it is considered to be the national achievement test and is used to assess student academic performance against national standards.

Though the title sounds impressive, the findings simply suggest a conclusion. Nothing has really been proven and no new truths exposed. I could begin by questioning the whole concept of empirical studies that suggest this or suggest that. I could ask, "What truths have been brought to light by any study that is couched in such a vague qualifier?" I could attack all the assumptions that went into the model and then list those that did not. Had I gone that route, I hopefully would have raised enough doubt in the reader that the study would be discarded as worthless.

But the real error here is more philosophical than empirical. Studies such as these simply show that a deeper ill exists, a malaise caused by government interventionism.

The popular magazine reviews consumer goods based on a proprietary set of standards. They test, analyze, test, analyze, etc., until they are satisfied as to the quality of the products under review. CR then assigns individual product ratings and notes one product as a best buy. Though most Americans accept CR's results as being of excellent quality, the noted best buy is not usually the market best-seller. Yes, I will occasionally look at CR prior to purchasing a good, but I almost never buy the best buy. I agree that the CR results are scientifically valid based on their standards, but that doesn't mean I am in the market for the scientifically valid, CR best-buy product.

Though it may only last six months, I want the new hairdryer complete with the latest features, bathed in the hottest colors. That's my choice. My preference rank for features and colors is above that for durability. Who is to say that I am wrong? In a free market, anyone. But, they cannot force me to act otherwise.

What would happen if Consumer Reports had legislative and regulatory authority akin to government? We would all be forced to purchase the best buy and we would all spend our lives unsatisfied. On the surface it sounds great to have a leading research organization controlling the market for "the general good and welfare," but consider your own actions vis-à-vis CR's best buys.

In education, the best that DOE could be is a truly benevolent authority. It could gather the nation's greatest thinkers to divine standards of education outcomes and employ the top psychometricians, statisticians, etc., to create assessments that are mapped to those standards. At its hypothetical best, this brain-trust would simply function as CR does in the products market. The assessments would be scientifically valid and could rank achievement and note the educational best buy — based on the arbitrary set of DOE standards. But parents and students, as well as community members, teachers, and radicals, etc., would be unsatisfied; just as the consumer would be unsatisfied having to always purchase the CR best buy.

So, what's the solution? Simply, let the market reign.1 A free market system of education would create for those who seek different options a system that encourages the implementation of the spectrum of educational choices — best viewed as experiments, just as each new product, service, store, etc., is a market experiment. The successful experiments become the market standard that new entrepreneurs seek to surpass.

These choices would involve all aspects of education — including pedagogies, methodologies, etc. — which would afford all parents the ability to satisfy their desires for their children's education. Each idea would be evaluated by the parent, the education consumer, ex ante over the summer according to individual preferences and ultimate goals, and once again ex post at the end of each school year.

Parents would choose their standard of results and they would seek out entrepreneurs who would then hire teachers and administrators that could deliver the parents' vision. The entrepreneurs would purchase products to implement the vision and the science community would be engaged to improve old products and innovate new ones — all due to the market pressures of the freely acting parents, the consumers. This is the proper direction of improvements and innovations, from the consumer back to the scientist, engineer, researcher, etc.

There are scientific winners in the field of the delivery of quality, basic education, such as Direct Instructions, etc., but we know a significant number of parents, teachers, and administrators don't give a hoot about reading, writing, and arithmetic. They want affective learning — the feel-good, progressive educationist-babble currently in favor — and long for the ideal child, the product of the latest version of Trotsky's proletarian paradise.

I disagree with them, but their solutions may actually end up being correct, or they will fail. Only a market can show whether a solution is right or wrong.

That said, we have to keep in mind that Consumer Reports creates valid ratings that we mostly ignore, and we are all better off because we continue to make our own choices. Our individual wants drive improvements and innovations to provide for our greater satisfaction. Why should education be any different?

My articlesMy books
Follow on:
Previous The Disaster of Negative Interest Policy
Next Bring Back the Constitution’s Prohibiton of Double Jeopardy