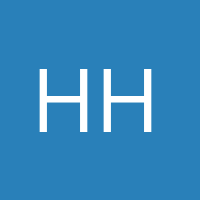 by
Hunter Hastings
My articles My books
Follow on:
Summary:
Immediately after he arrived home from fighting in the war in Vietnam, Vito Bialla started his executive recruiting firm, Bialla & Associates, from scratch. He built it into a professional partnership of the highest repute at the highest level (recruiting CEOs and other C-Suite positions) for the largest global corporations. He also started (and sold) a sportswear ...

Immediately after he arrived home from fighting in the war in Vietnam, Vito Bialla started his executive recruiting firm, Bialla & Associates, from scratch. He built it into a professional partnership of the highest repute at the highest level (recruiting CEOs and other C-Suite positions) for the largest global corporations. He also started (and sold) a sportswear company and a Napa Valley winery, launched a venture capital fund, and he holds world records in endurance sports such as long distance swimming, desert trail running and ultra-marathoning. He shared his thoughts about the pathways to success in growing a business, recruiting high-performing executives, and identifying high-potential entrepreneurs.

No hesitation: Quickly identify your field and your customers. Vito started his own recruiting business just 6 months after starting work for the largest global firm in the field. He knew what he wanted to do, and didn’t wait too long to start the journey.

No compromise: Identify the top customers and the highest standards, and choose those as your targets. No-one wants to buy second best.

High Performance: Rather than personality traits or CV’s, Vito looks for performance indicators, especially under difficult conditions. An executive who has “bumped his or head against the wall” — i.e. encountered unexpected difficulties — has acquired experience that will be tremendously valuable in all future situations, however tough.

High trust: These high performance executives are found in high-performing corporations. An important signal is to be in a peer group of high performers and to have won their trust and admiration.

High empathy: If these high performers are to transfer into a new position with a new company, it is imperative that they be accepted into the new culture (rather than try to bring one with them). Empathy is key — to understand the new team and develop their confidence, even when (especially when) acting as the implementer of change.

Un-structured: You can’t learn entrepreneurship in business school, or by working at a large corporation. Structure and process induce a way of thinking that is insufficiently flexible in responding to marketplace changes. The successful entrepreneur knows what to do in a bar fight, when market conditions change radically, cash is running out and the current strategy isn’t working. (Don’t miss Vito’s own “bar fight” story.)

Un-plan: Plans are not particularly useful for entrepreneurs, especially those that are difficult to adjust. Adaptiveness beats planning every time. Vito looks for adaptive personalities (and evidence of previous adaptive behavior) in the entrepreneurs that he finances.

Un-deterrable: Vito’s number one rule is: No Fear. Fear of failure, he says, is unhealthy. Just do it, make something happen, set events in motion and learn from the results.

My articlesMy books
Follow on:
Previous Central Banks May Be Driving Us Toward More Waste, More Carbon Emissions
Next Chilean Protesters Could End Chile’s Decades of Progress

Daily Digest 12/10 – The Taxonomy Of Collapse, The Rise and Fall of Facts