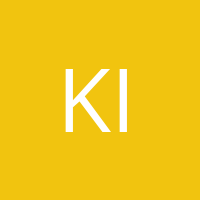 by
Karl-Friedrich Israel
My articles My books
Follow on:
Summary:
The traditional argument for fiduciary media and ultimately unbacked fiat money was based on the costs of production. The real resources otherwise used for gold mining and minting could, under a fiat standard, be used for other productive purposes and thus enrich society as a whole. The argument goes back at least to such great ...

The traditional argument for fiduciary media and ultimately unbacked fiat money was based on the costs of production. The real resources otherwise used for gold mining and minting could, under a fiat standard, be used for other productive purposes and thus enrich society as a whole. The argument goes back at least to such great names as Adam Smith and David Ricardo.

More recently, Milton Friedman reinvigorated the argument, and we are still today presented with it in standard textbooks. However, a recent study published in the Economics Bulletin demonstrates that the argument, at least in the case of the eurosystem, does not carry much weight.

In fact, the total annual expenses of the eurosystem are more than three times as high as Lawrence White’s estimate of the annual costs of a fractional reserve gold standard. Assuming a fractional reserve ratio of 2% on M1, White (1999, pp. 42-48) estimated the costs to lie around 0,025% of GDP by using the dynamic version of the equation of exchange.

It turns out that the annual operating expenses of the eurosystem in the past two years have been closer to 0.090% of the GDP of the eurozone, or in absolute terms around €10 billion. Now, it must be admitted that White’s estimate may be biased, since 2% reserves on M1 could be considered excessively low, although such cases existed historically, for example, during the free banking era in Scotland in the first half of the 19th century.

The cost savings from an unbacked fiat money in the case of the euro are thus much lower than one might have expected. Indeed, the euro is belying the traditional cost-saving argument for fiduciary media and fiat money. If the maintenance of the eurosystem is so costly, one might as well turn to gold, and gain the additional benefit of more economic and financial stability and less moral hazard that comes with a centrally controlled base money stock.

Should it come as a surprise that the eurosystem is so costly? Not necessarily. The central banks of the euro area are not subject to a strict profit and loss calculation. They can finance their expenses out of seignorage profits from their monetary policy. They are, in a very strong sense of the word, financially independent. Public choice considerations would suggest that such institutions would become more wasteful and costly over time within the boundaries set by bureaucratic management.

My articlesMy books
Follow on:
Previous 58. The Rise and Fall of the American Medical School
Next Venezuela’s Economic Collapse Was Enabled by its Central Bank

On Being an Economist