Why the State Can’t Claim It Gets Our “Implied Consent” 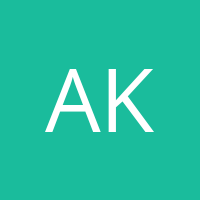 by
Andrew Kern
My articles My books
Follow on:
Summary:
One of the ways states are said to gain the rightful authority to rule is through implied consent. There are no explicit contracts signed with the government which grant it all of the power it exercises. Thus, it is claimed that in some way or another, the citizenry implicitly agrees to follow laws. Do we ...

Inflation: Its Effects and Failures

Why They Want to Destroy Julian Assange

One of the ways states are said to gain the rightful authority to rule is through implied consent. There are no explicit contracts signed with the government which grant it all of the power it exercises. Thus, it is claimed that in some way or another, the citizenry implicitly agrees to follow laws. Do we implicitly consent to be ruled? Is there some action we take that could reasonably be construed as voluntarily agreeing to follow any and all laws which are put forth by the state? How accurate is it to say that “consent of the governed” is upheld?

Presumably, laws, regulations, and state authority in general applies to people of all ages.Granted, children are typically treated somewhat differently than adults before the law, but the state still exercises sovereignty. What action could a child possibly perform that would signify consent? If state authority applies to all humans, then birth would be the declaratory act of consent. But of course, birth is not even a choice. One wonders how a non-voluntary act could conceivably be taken as any form of consent.

Furthermore, we have the issue of informed consent. In no other context would we say a child, let alone a baby, could provide informed consent to enter into any complex agreement or transaction. Given the far-reaching effects of an agreement with the state to perpetually follow every rule it lays down, it may very well require the most informed consent of any interaction possible. If a child could agree to this serious of a commitment, he or she would also be capable of agreeing to any other contract. Unless supporters of the implied consent doctrine also want to endorse the idea that children are capable of consenting to things like prostitution or taking hard drugs, I would suggest they stay far away from applying it to children.

To simplify things, let’s focus on adults. Some will claim that deciding to use government services is implicitly agreeing to pay for them and/or to follow their rules. Prima facie, this makes at least a little bit of sense. After all, such an arrangement resembles other interactions we regularly engage in on the market. And if driving on a road only implied agreeing to pay for a share of that road and abide by some driving rules, this wouldn’t be a terrible concept. The question that arises though, is how things like drug prohibition, foreign intervention, or myriad other government actions are justified because we use state-provided services. It’s difficult to see why driving on a public road, would represent implicitly consenting to a no-knock raid on your home as police search for drugs. Nor is it clear why utilizing a public library is an endorsement for intelligence agencies and the military to use your resources to intervene in nations around the world.

If a state was limited to only charging for specific services rendered, and only set rules for the use of those services, then the sovereign authority of that state is no longer in question. If that is all a “state” does, it is no longer a state. It’s merely another private entity engaged in the production of services.

Consent by The Vote

Does the act of voting or any other form of participation in the political apparatus mean we agree to follow the rules laid down by that political body? First of all, not everyone votes. Yet, states maintain their authority over everyone regardless of their participation. If we are subjected to laws whether we supposedly opt-in via the vote or not, then clearly a vote represents nothing of the sort!

It is often claimed politicians are our representatives. But “representative” used in this context is an abuse of the term. If a politician truly represented you, you could call him up and instruct him on how to act in your place. Then if he failed to live up to your expectations, you could fire him on the spot. What actually happens is politicians claim to represent hundreds, thousands, or even hundreds of thousands of people. Besides the impracticability of accurately representing the interests of so many people, there remains the objection that these people were not individually asked if they could be represented. And since a politician will assume power over everyone regardless if some citizens explicitly voted against her or didn’t vote at all, a vote for the winner does not signify consent to be ruled any more than voting any other way. Unless a non-vote equals non-consent, a vote cannot equal consent.

One last implicit consent argument is that since we benefit from government services or actions, we are obligated to pay. But how do we calculate net benefit? For many people, the sum result of all government actions is probably a severely negative effect for everyone outside of the very well politically connected. This would be a difficult assertion to prove one way or the other, however. So I will address this argument under the best assumptions.

Even if we grant that citizens benefit immensely from the policies of their wise overlords, that would not incur obligations on the beneficiaries. This is otherwise known as the positive externalities argument. A positive externality is when a third party benefits indirectly from the interactions of others. Imagine if every time a person experienced some sort of benefit, they could be forced to pay for it. Randomly washing a stranger’s car would obligate the owner to pay up. Planting a beautiful garden in your yard could authorize you to demand payment from your neighbors for the improved view. When taken to its logical conclusion, we can see the problem with this theory is that it does not actually rely on the consent of the beneficiary, and leads to impractical results. Which is why in every other case we require an explicit contract for services.

The fundamental problem with the above arguments is they require carving out a large exception for the state. In no other contexts do these rationalizations make sense. In short, a theory of implied consent for state authority requires already accepting the state has authority which no other person or entity has.

My articlesMy books
Follow on:
Previous Bernie Sanders is a Bad Economist: Housing Market Edition
Next The Fairness of “Unequal” Exchange