Keynes and the Reds 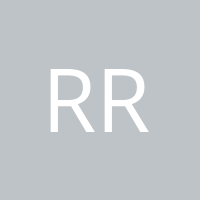 by
Ralph Raico
My articles My books
Follow on:
Summary:
The Free Market 15, no. 4 (April 1997) It is the widespread view in academia that John Maynard Keynes was a model classical liberal in the tradition of Locke, Jefferson, and Tocqueville. Like these men, it is commonly held, Keynes was a sincere, indeed, exemplary, believer in the free society. If he differed from the ...

Why “Taxing the Rich” Doesn’t Make Us Better Off

If the US Adopts Eurozone Policies, the Jobs Recovery Will Suffer

It is the widespread view in academia that John Maynard Keynes was a model classical liberal in the tradition of Locke, Jefferson, and Tocqueville.

Like these men, it is commonly held, Keynes was a sincere, indeed, exemplary, believer in the free society. If he differed from the classical liberals in some obvious and important ways, it was simply because he tried to update the essential liberal idea to suit the economic conditions of a new age.

But if Keynes was such a model champion of the free society, how can we account for his peculiar comments, in 1933, endorsing, though with reservations, the social "experiments" that were going on at the time in Italy, Germany, and Russia? And what about his strange introduction to the 1936 German translation of the General Theory, where he writes that his approach to economic policy is much better suited to a totalitarian state such as that run by the Nazis than, for instance, to Britain?

Keynes's defenders try to minimize the significance of these statements, exploiting certain ambiguities. But none of them, to my knowledge, has ever bothered to confront a quite unambiguous pronouncement by Keynes. It was included in a brief radio talk he delivered for the BBC in June, 1936, in the "Books and Authors" series, and can be found in volume 28 of his Collected Writings.

In this talk, the only book that Keynes deals with at any length is the recently published massive tome by Sidney and Beatrice Webb, Soviet Communism. (The first edition carried the subtitle, A New Civilisation?; in later editions, the question mark was dropped.)

As leaders of the Fabian Society, the Webbs had worked for decades to bring about a socialist Britain. In the 1930s, they turned into enthusiastic propagandists for the new regime in Communist Russia—in Beatrice's words, they had "fallen in love with Soviet Communism." (What she called "love" their nephew-by-marriage, Malcolm Muggeridge, labeled "besotted adulation.")

During their three-week visit to Russia, where, Sidney boasted, they were treated like "a new type of royalty," the Soviet authorities supplied them with the facts and figures for their book. The Communists were well satisfied with the final result. In Russia itself, Soviet Communism was translated, published, and promoted by the regime; as Beatrice declared: "Sidney and I have become icons in the Soviet Union."

Ever since it first appeared, Soviet Communism has been seen as the prime example of the aid and comfort lavished by literary fellow travelers on the Stalinist terror state. If Keynes were a liberal and a lover of the free society, one would expect his review to be a scathing denunciation. But the opposite is the case.

In his talk, Keynes proclaims Soviet Communism to be a book "which every serious citizen will do well to look into." "Until recently events in Russia were moving too fast and the gap between paper professions and actual achievements was too wide for a proper account to be possible. But the new system is now sufficiently crystallized to be reviewed. The result is impressive. The Russian innovators have passed, not only from the revolutionary stage, but also from the doctrinaire stage.

"There is little or nothing left which bears any special relation to Marx and Marxism as distinguished from other systems of socialism. They are engaged in the vast administrative task of making a completely new set of social and economic institutions work smoothly and successfully over a territory so extensive that it covers one-sixth of the land surface of the world. Methods are still changing rapidly in response to experience. The largest scale empiricism and experimentalism which has ever been attempted by disinterested administrators is in operation. Meanwhile the Webbs have enabled us to see the direction in which things appear to be moving and how far they have got."

Britain, Keynes feels, has much to learn from the Webbs work: "It leaves me with a strong desire and hope that we in this country may discover how to combine an unlimited readiness to experiment with changes in political and economic methods and institutions, whilst preserving traditionalism and a sort of careful conservatism, thrifty of everything which has human experience behind it, in every branch of feeling and of action."

(Note, incidentally, the backtracking and studied inconsistency typical of much of Keynes's social philosophizing—an "unlimited readiness to experiment" is to be combined with "traditionalism" and "careful conservatism.")

By 1936 no one had to depend on the Webbs deceitful propaganda for information on the Stalinist system. Eugene Lyons, William Henry Chamberlin, Malcolm Muggeridge himself, and others had revealed the grim truth about the charnel-house presided over by Keynes's "disinterested administrators."

Anyone willing to listen could learn the facts regarding the terror-famine of the early 1930s, the vast system of slave-labor camps, and the near-universal misery that followed on the abolition of private property. For those not blinded by "love," it was not hard to discern that Stalin was erecting the model killer-state of the twentieth century.

In Keynes's remarks and in the lack of any concern about them among his devotees, we find, once again, the bizarre double standard that Joseph Sobran keeps pointing out: if a celebrated writer had said anything similar about Nazi Germany in 1936, his name would reek to this day. Yet as evil as the Nazis were to become, in 1936 their victims amounted to a small fraction of the victims of Communism.

What explains Keynes's praise for the Webbs book and the Soviet system? There is little doubt that the major reason is the feeling he shared with the two Fabian leaders: a deep-seated hatred of profit-seeking and money-making.

According to their friend and fellow Fabian, Margaret Cole, it was in a moral and spiritual sense that the Webbs looked on Soviet Russia as "the hope of the world." For them, "most exciting" of all was the role of the Communist Party, which, Beatrice held, was a "religious order," engaged in creating a "Communist Conscience."

As early as 1932, Beatrice announced: "It is because I believe that the day has arrived for the changeover from egotism to altruism—as the mainspring of human life—that I am a Communist." In the chapter on "In Place of Profit" in Soviet Communism, the Webbs rave over the replacement of monetary incentives by the rituals of "shaming the sinner" and Communist self-criticism.

Up to the very end of her life, in 1943, Beatrice was still lauding the Soviet Union for "its multiform democracy, its sex, class, and racial equality, its planned production for community consumption, and above all its penalization of the profit-making motive."

As for Keynes, his lifelong animosity to the financial motivation of human action amounted to an obsession. He viewed the striving for money "as the central ethical problem of modern society," and after his own earlier visit to Soviet Russia, he acclaimed the suppression of the monetary motive as a "tremendous innovation." For him, as for the Webbs, this was the essence of the "religious" element they detected and admired in Communism.

A notable feature of Keynes's praise of the Soviet system is its total lack of any economic analysis. Keynes appears blithely unaware that there might exist a problem of rational economic calculation under socialism, as outlined a year earlier in a volume edited by F. A. Hayek, Collectivist Economic Planning, which featured the seminal 1920 essay by Ludwig von Mises, "Economic Calculation in the Socialist Commonwealth."

Economists had been debating this question for years. Yet all that concerns Keynes is the excitement of the great experiment, the awe-inspiring scope of the social changes occurring in Soviet Russia under the direction of those "disinterested administrators."

This brings to mind Karl Brunner's comment on Keynes's notions of social reform: "One would hardly guess from the material of the essays that a social scientist, even economist, had written [them]. Any social dreamer of the intelligentsia could have produced them. Crucial questions are never faced or explored."

No, Keynes was no "model liberal," but rather a statist and an apologist for the century's most ruthless regimes. Those like Mises who understood the political implications of his economic theory will hardly be surprised.

My articlesMy books
Follow on:
Previous How Slave Owners Pushed Marxist “Wage Slavery” and Exploitation Theories
Next The New York Times Gets Slavery (and Capitalism) Wrong, Yet Again