Home / Antony Sammeroff /Why “Worker Exploitation” Is a Myth

Why “Worker Exploitation” Is a Myth 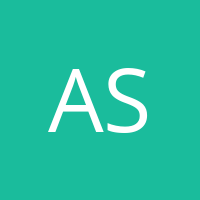 by
Antony Sammeroff
My articles My books
Follow on:
Summary:
"In order to show that it is a half-truth, we must have recourse to long and dry dissertations."— Frédéric Bastiat It's still a very prevalent view that employers are somehow exploiting the people who work for them when they draw a profit from their business, despite the fact that a person's employer is clearly doing ...

Tyler Durden writes From Lockdowns To “The Great Reset”

Shelton Derangement Syndrome: Which Republicans Will Side with Fed Groupthink?

"In order to show that it is a half-truth, we must have recourse to long and dry dissertations."
— Frédéric Bastiat

It's still a very prevalent view that employers are somehow exploiting the people who work for them when they draw a profit from their business, despite the fact that a person's employer is clearly doing more for their finances than all of the people who are not employing them. I might add, perhaps somewhat facetiously, including those keyboard-warriors who claiming that entering someone into employment is exploiting them.

It is true that workers do get paid less than the total value of what they produce, but that is because what they produce is made with other resources which have to be bought, and in a factory or work place which has a price and requires overheads to operate. The capitalist is responsible for paying for marketing and advertising to link the product to potential buyers — and at the end of the day, if the product doesn't sell, everyone else has already been paid but the capitalist walks away with the loss.

The capitalist lays out a vision of what he thinks will meet people's needs better than they are being met at present. This requires a particular expertise which is in itself a labour contribution over and above that of the other employees which is unique to the entrepreneur. If his vision is clear, indeed he will make a profit. If it is faulty, he will make a loss. This is not a necessary risk, absent the profit motive a rich person is more likely to buy a bigger house or go on a cruise. But the capitalist takes a risk now, and foregoes consumption, in hope that he will reap the benefit later. That is part of what he is being paid for.

Another part of what he is being paid for is the time between making the investment and getting paid for that investment. We would all rather have resources in the here-and-now than some time in the future, because the future is uncertain, that is why lenders can charge interest on money that they borrow. They are choosing to forgo a smaller amount of consumption now for a larger one in future. The workers get paid now, the capitalist gets paid later only after the product has sold, and only IF it is sold, after everyone else has been paid. Economist Eugen von Böhm-Bawerk explained that far from exploiting labor, the capitalist removes the burden of waiting for income from the workers. If they wanted to produce the goods themselves they would also have to wait until they could find a buyer before gaining a stable wage, and first save or borrow in order to accumulate the resources to buy a factory or workshop without the help of the capitalist.

Finally, it's worth mentioning that the capitalist is increasing the value of the worker's labor! If a man decides to try out the same manoeuvres which might get them somewhere in a factory out in a field it will not produce much of value to anyone else. Clearly workers can earn more working for their employer than for themselves otherwise they would simply declare themselves self-employed and get on with making a higher income. Perhaps some of them can earn more working for themselves but do not want to take on the responsibilities entailed which are currently met by the firm which employs them. This too is evidence that capitalists are providing value.

Marxists hold that capitalists simply skim their profits off the top while providing no value of their own — that they are "extracting surplus value" from their workers. But if that was true, non-profit organisations would just swoop in and undercut profit-making firms by eliminating the "dead weight" costs of paying a capitalist. They do not because they cannot. Capitalists are clearly providing some competence or vision which benefits their workers. Each benefits from the mutual exchange, as evidence by the fact that if the worker could get a better deal s/he would take it, and if the employer could find a better workers, s/he would hire them instead.

Ultimately, wages are not an arbitrary figure but a reflection of how much value an employee is able to provide to a customer. If a person wants to do away with an employer they can do so by learning skills, either on the job or on the side, which will allow them to work for themselves. Likewise, profits are not arbitrary but a reflection of how much value a company is providing on the marketplace. Provided, of course, that they are drawing their profits from serving the market place rather than lobbying or appealing to the state, but that is another article.

My articlesMy books
Follow on:
Previous Is Protectionism Patriotic?
Next The Mythology of the “Natural Interest Rate”