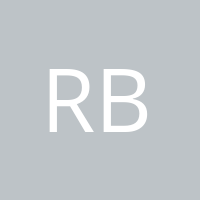 by
Robert Blumen
My articles My books
Follow on:
Summary:
The issue of fractional versus 100 percent bank reserves has been much debated. One of major disputes is whether fractional reserve banking (FRB) is inherently fraudulent, or whether the mix of cash and other assets to be held against liabilities is a business decision, to be made by banks and customers? This article will show that attempts ...

The Government Wants Your Crypto Data. And Lots of It.

How Central Banks Made the Covid Panic Worse

The issue of fractional versus 100 percent bank reserves has been much debated. One of major disputes is whether fractional reserve banking (FRB) is inherently fraudulent, or whether the mix of cash and other assets to be held against liabilities is a business decision, to be made by banks and customers? This article will show that attempts to construct a nonfraudulent FRB result in assets that are not money.

The article starts from a world in which gold is the monetary commodity. One hundred percent reserve deposit banks accept gold in exchange for a bank deposit or banknotes. Credit banks are distinct from deposit banks. They are financial intermediaries that accept funds (not deposits) as loans, and then seek profits by lending the money out at a higher rate.

In his book on banking, Huerta de Soto argues that deposit banking is coherent from a legal standpoint when it is 100 percent reserve, and that before they became a standard feature of banking, fractional reserve banks were understood to be fraudulent by banks and customers alike.

We shall try to construct a fractional reserve financial institution that overcomes the problem of consumer fraud. Starting with a credit bank, where the customers supply loans to the bank which are liabilities on its balance sheet, a fraction are loaned out. The bank agrees to meet requests for withdrawals on a best-effort basis.

When loaning money to a fractional reserve financial institution, the customer must sign a disclosure in which they are fully informed that withdrawals are merely requests for the bank to consider and will be met only as long as there is enough cash on hand, at the discretion of the bank. Withdrawals may be denied if cash is not available, or even if the bank simply wishes to conserve equity to protect against loan losses or to purchase other assets.

What happens if a withdrawal is denied? By construction, the bank is allowed to do this and is not in default. However, to get some idea of how this might be handled, we will walk through the history of how fraudulent banks have handled defaults.

When a fraudulent bank runs out of gold and cannot meet the next customer withdrawal, it is bankrupt. What happens then? The bank would go into bankruptcy court. The depositors, as creditors of the bank, would become equity holders in its assets. The settlement would distribute the bank’s remaining assets to all creditors, with those depositors receiving a share of the equity, perhaps in the form of stock. If a bank held a portfolio consisting of bonds, home mortgages, credit card receivables, and small business loans, dividing them up among thousands or millions of depositors into equal assets would be difficult. The bankruptcy court might sell off the assets to a pension fund, insurance company, or a different (solvent) bank and distribute the proceeds as cash to the creditors.

If one bank fails due to bad management, that will work. The systemic problem with fractional reserve banking is that banks have obligations to other banks through interbank clearing. A bank run on a single bank in an interdependent system creates a contagion through interbank liabilities, leading to a systemic banking failure.

A number of models have been proposed, or tried out in practice, to prevent the contagion from infecting other banks when the legal system does not want to accept the reality of a bankruptcy. These approaches treat the inability to redeem deposits for gold as a bug, not a feature. The bank was merely suffering a bit of bad luck when too many depositors tried to redeem all at once, at a time when illiquid assets could not easily be sold. This view sees the redemption failure as a temporary “liquidity problem, not a solvency problem,” rather than an inherent flaw in fractional reserve. Mass psychology, a bit of herding behavior, perhaps reinforced by internet bloggers, is to blame.

One strategy for postponing redemptions is the euphemistically named bank holiday. Banks are open for business, accept deposits, buy and sell assets, but suspend withdrawals until a government bailout or some other means of injecting more equity into the banking system can be arranged. Another strategy is social pressure to discourage withdrawals. Rothbard in his critical review of White’s work on free banking describes this practice. A third possibility is an option clause, which Dowd describes as

a contract which allows an issuing bank to defer redemption under certain conditions. These conditions would normally specify a maximum period for which redemption could be deferred, and a compensation rate of interest that would be paid to noteholders whose demands for redemption were deferred.

A money market fund (MMF) serves a similar purpose. These funds invest in highly liquid short-term debt such as commercial paper or T-bills. The investor in an MMF holds an ownership stake in the fund’s portfolio. Unlike a bank deposit, a check written on an MMF instructs the fund to sell assets in its portfolio for cash in exactly the quantity needed to cover the liquidation and then to deposit the proceeds in a bank, when they can be transferred to the recipient of the check.

Shares in MMFs are issued at a nominal value of $1, however the value represents nothing other than a current quotation for the value of the fund’s loan portfolio. Although MMFs strive to maintain the value of the portfolio at or in excess of $1 per share, there is no guarantee that they will be able to do so under all conditions. Indeed, there have been cases where MMFs have broken the buck, but that is considered a normal business risk, not a default.

To return to our preceding discussion of how fractional reserve banks and depositors may respond to the inevitable event of a liquidity failure, in our hypothetical bank one or more of these methods would be contracted up front with the customer. This avoids the possibilities of fraud or of the customer being surprised when they cannot redeem their deposit at par.

The question is now, Are the fully disclosed fractional reserve bank accounts money? A 100 percent reserve account can at all times be redeemed for the nominal value in gold. A fully disclosed FRB account not so much. FRB accounts are not holdings of gold; they are complex credit securities. Their value is analyzed first by looking at the ability of the debtor to cover interest payments and, failing that criteria, at the fraction of the principal value of the debt that could be covered by sales of the assets in bankruptcy.

The analysis of an individual bond or debt can become quite complex. A bank’s portfolio can contain thousands of distinct assets valued in aggregate at billions of dollars. A simple example makes this point. Consider an account with a fractional reserve bank offering an option clause in which redemptions can be suspended for up to thirty days on payment of a 10 percent penalty rate. What is the value of $1,000 deposited into this financial institution’s account? To answer that question requires knowledge or estimate of the interest rate paid, the probability of a suspension, the 10 percent penalty (valued at $100) discounted to the present value, the chance of the financial institution going into bankruptcy, and the haircut that would be applied to the account during the liquidation. Securities analysis does offer analytical tools for the valuation of options, which involve higher mathematics.

This is the reason that accounts that are fractionally reserved are not money. It is inherent that money is one good, everywhere one and the same thing within the market where it is accepted. Money is the most marketable good in the economy:

Money is a medium of exchange. It is the most marketable good which people acquire because they want to offer it in later acts of interpersonal exchange. Money is the thing which serves as the generally accepted and commonly used medium of exchange. This is its only function.

Money prices must all be expressed in the same unit. Fractional reserve accounts are not uniform. They are complex financial instruments. Each one is a special snowflake which can only be fully understood in relation to the assets and liabilities of the fractional reserve bank where they are held. This analysis requires access to information that may not be disclosed, and it requires special skills. To accept fractionally reserved bank notes or checks in payment, sellers would have to have some idea of the discount to apply for each bank. The discount factor could possibly be provided by ratings agencies, but the further we go in that direction, the further away we go from a universal medium of exchange toward a complex barter system in which nonconvertible assets are traded at calculated values that require a specialist to obtain market value pricing. Imagine if you were selling a car and someone offered 2 percent of his assets consisting of some rental properties, shares of stocks, and mutual funds. How would you evaluate the offer compared to an all-cash offer? What if you ended up owning 1 percent of the buyer’s rental property?

Quotation of the Day…