Home / Noah Bonn /What If the Fed Did Nothing?

What If the Fed Did Nothing? 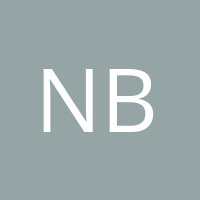 by
Noah Bonn
My articles My books
Follow on:
Summary:
Austrians and Libertarians are well-established critics of central banking in general, and emergency monetary stimulus in particular. There is near universal agreement that Alan Greenspan should not have cut rates following the Dot-Com Bubble, and that Ben Bernanke and Janet Yellen should not have quadrupled the monetary base following the Housing Bubble.1 Yet if you ...

Austrians and Libertarians are well-established critics of central banking in general, and emergency monetary stimulus in particular. There is near universal agreement that Alan Greenspan should not have cut rates following the Dot-Com Bubble, and that Ben Bernanke and Janet Yellen should not have quadrupled the monetary base following the Housing Bubble.1 Yet if you mention this to someone who is not persuaded of our position, you will likely get a response along the lines of, “well, what should they have done instead?”

“Well then wouldn’t things have been even worse?”

It’s this last question that I don’t believe we have answered to great effect. What would the effects have been if Greenspan, Bernanke, and Yellen had simply frozen the monetary base during their respective crises? More importantly, what would be the effect today if Powell did so?

We are currently in a situation in which many business’ revenues have dried up. Airlines, retail stores, restaurants and bars, cruise lines, oil companies, and others have seen their cash flow deteriorate over the first quarter of this year. Nonetheless, many of their obligations remain: rent still has to be payed; loan payments still need to be made; salaries still need to be paid, etc. As a result, the demand for loanable funds has gone through the roof. The Fed has responded to this situation by injecting hundreds of billions of dollars (if not yet trillions) into various lending markets such as the markets for repurchase agreements, treasury bills, municipal bonds, and mortgage-backed securities.2 Don’t be intimidated by the technical specifications of these particular instruments. All of these various open market operations amount to different versions of the same thing: the Fed is responding to the demand for loanable funds by printing new money and lending it.

Given our opposition to these actions, it is worth playing through the exercise of describing what would happen if the Fed simply sat this one out. What prices would change? What levers would move? How would normalcy once again be restored?

As businesses begin to demand short term loans in order to meet their obligations, the first thing we would begin to see is that interest rates would rise. Likely they would rise a lot. For the sake of argument, let’s say the short term interest rate shot up to 15 or 20% on an annualized basis. The effect of this rate change would be two-fold: first, it would push the marginal borrower out of the market. This would mean that borrowing for non-essential purposes would be curbed. Credit card rates, for example, would be much higher than normal, and people would be strongly incentivized to pay in cash whenever possible. This would free up funds that could flow to businesses facing financial distress. Second, those who do keep cash balances would be strongly incentivized to enter the lending market. Those who had sidelined cash, and had been missing out on the excellent returns of the stock market would suddenly have the opportunity to return 10% in six months on a Certificate of Deposit (CD) account while the stock market is in a state of precipitous decline. This would add even more funds to the lending market, and provide a further lifeline to businesses in need. All of this, however, starts with the premise that interest rates are allowed to rise. When the Fed suppresses short term rates, this mechanism is broken: there is no incentive to curb short-term borrowing for non-essential purposes, and there is no incentive for those with cash balances to supply short term loans. As of this writing, the yield on CDs at Bank of America is between 0.03 and 0.15% for balances under $10,000, andlittle better for balances above that threshold. As a result, a difficult situation is becoming a genuine liquidity shortage, and financial distress for under-capitalized firms has become a financial emergency for the entire system.3

A concept that can help keep these conversations grounded is the acknowledgment that there is no free lunch. When the Fed buys treasury bills, and the federal government uses those funds for bail-outs, even though the money is being printed fresh, the purchasing power has to come from somewhere. In this case, it’s coming from the diluted value of cash balances. So as we can now see, regardless of whether central banks intervene, the lifeline to the economy must come from the cash balances of savers. There is nowhere else for it to come from. The question is simply who gets to profit from this state of affairs. In the absence of Fed intervention, it is the savers who profit. They are rewarded with handsome returns for rescuing those firms who did not prepare for the worst. When the Fed does intervene, the reward goes to under-capitalized banks, and over-extended businesses, who get loans at a price that does not at all reflect the cost they are imposing on society.

Needless to say, these incentives are perverse. Not only are we engaging in the ethically dubious practice of rewarding the profligate and punishing the prudent, but with each next iteration, we are incentivizing poor management decisions, and discouraging the very saving that has just been tapped as a lifeline. With each next business cycle; with each next monetary stimulus; with each next round of bail-outs, our society will find itself with fewer and fewer savers who can be squeezed to rescue the economy. Indeed we are approaching this point already, as a Bankrate survey in 2019 revealed that only 41% of Americans would write a check to cover a $1,000 unexpected cost.4 The longer these incentives remain in place, the smaller that pool of savings will be, and the dimmer our prospects will become of bouncing back from an unexpected supply shock like that brought on by the COVID-19 panic.

So in conclusion, I’ll contrast this dire picture one last time with the question: what would happen if the Fed did nothing? Savers would profit very well over the coming year. Viable businesses would eat the cost of borrowing at higher short-term rates, but would ultimately be able to weather the storm. Some businesses would inevitably fail, and their resources would become available to more productive uses. But most importantly, the signal would emanate through society that it pays to save. It pays to be prepared for a rainy day. And next time, more would be.

My articlesMy books
Follow on:
Previous The Political Management of the Coronavirus Crisis
Next Oren Cass and the Conservative Critique of Pure Laissez-Faire

Peter Schiff Warns “Americans Are In For A Rude Awakening”