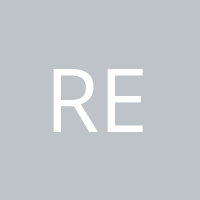 by
Richard M. Ebeling
My articles My books
Follow on:Twitter
Summary:
Richard Ebeling ([email protected]) is the BB&T Distinguished Professor of Ethics and Free Enterprise Leadership at The Citadel. [This article in the QJAE’s “Remembering” series is adapted from https://mises.org/wire/remembering-oskar-morgenstern.] In this article in our “Remembering” series, we commemorate the well-known economist Oskar Morgenstern. Born on January 24, 1902 in Görlitz, on the modern border of Germany ...

How Would a Socially Balanced Society Respond to a Pandemic?

The Fed Is Doing “Whatever It Takes” to Prop Up the Economy. That’s a Very Bad Thing.

Richard Ebeling ([email protected]) is the BB&T Distinguished Professor of Ethics and Free Enterprise Leadership at The Citadel.

[This article in the QJAE’s “Remembering” series is adapted from https://mises.org/wire/remembering-oskar-morgenstern.]

In this article in our “Remembering” series, we commemorate the well-known economist Oskar Morgenstern. Born on January 24, 1902 in Görlitz, on the modern border of Germany and Poland, he died on July 26, 1977, at the age of 75. He is best known as the codeveloper of modern game theory with John von Neumann in their 1944 book, “The Theory of Games and Economic Behavior.”

Morgenstern had been educated at the University of Vienna, studying with one of the early leaders of the Austrian school of economics, Friedrich von Wieser. But his main “Austrian” mentor was Hans Mayer, who replaced Wieser at the time of the latter’s retirement in 1923. (Hans Mayer was the author in 1932 of a 100-page monograph offering an “Austrian” critique of mathematical general equilibrium theory.)

Morgenstern’s first book was on economic forecasting (1928), in which he argued that precise predictions in the realm of economics was inherently impossible due to the unique qualities of the social sciences arising from human beings as intentional, thinking men whose very expectations about the future can frustrate the projections the forecaster attempts to make about their anticipated conduct. In addition, the events in the human arena have sufficiently distinct and unique characteristics that many of the assumptions underlying probability theory could not be easily applied to economic and market processes.

His 1934 book, The Limits of Economics, was meant to bring out the difficulties inherent in policy making because of the complexity in the interactive events of the market, which are wrapped up in time and causal sequences that hampers what the economic policy maker could successfully manage and control. He also warned of those who approach policy issues with predetermined ideological biases that could influence the logic of the policy maker’s analyses and conclusions.

Shortly after the founding of the Austrian Institute for Business Cycle Research in 1928 under the directorship of a young Friedrich A. Hayek, Morgenstern was hired as his assistant. Morgenstern replaced Hayek as the Institute’s director when Hayek accepted an appointment at the London School of Economics in the autumn of 1931. He held this position until March 1938. Morgenstern was on a lecture tour in the United States when Austria was invaded and annexed by Nazi Germany. Exiled in America, he ended up with a position at Princeton University, until his retirement, at which point he took up a professorship at New York University.

It was in this capacity at NYU that I came to know Morgenstern. Indeed, I (and Don Lavoie and Jack High) took Morgenstern for his last class at NYU on the History of Economic Thought before his death from cancer.

A few years ago, I wrote a review of Robert Leonard’s excellent book, “Von Neumann, Morgenstern and the Creation of Game Theory” (2010). The book presented a different side of Morgenstern, based on Leonard’s researches, including the entries in Morgenstern’s private diary. We find someone partly envious and resentful of other members of the Austrian school in that interwar period of the 1920s and 1930s, and willing to collaborate with the fascist-type government that ruled Austria before the annexation of the country in March 1938 by the Nazis. And he was certainly very much the “junior partner” in the development of game theory, often finding it hard to keep up with von Neumann’s mathematical formulations and demonstrations.

One aspect of his “Austrian” roots that Morgenstern retained was his healthy suspicions about the limits of macroeconomic aggregates and averages as a meaningful approach for understanding the dynamics of money’s influence on the market process. Indeed, he always emphasized the need for microeconomic process analyses of money’s “nonneutrality” on the structure of relative prices and wages, profit margins, and resulting potential misallocations of capital and labor.

Thus, for instance, in his 1972 article, “Thirteen Critical Points in Contemporary Economic Theory,” he insisted:

The concentration on undifferentiated aggregates as, say, that of the total quantity of money, is a step backward into a more primitive world of thought. It runs counter to what must be done….

Consider an inflationary, or as a matter of fact, any increase in the total quantity of money. If no account is given where this additional money originates from, where it is injected, with what different magnitudes and how it penetrates (through which paths and channels, and with what speed), into the body economic, very little information is given.

The same total addition will have very different consequences if it is injected via consumers’ loans, or via producers’ borrowing, via the Defense Department, or via unemployment subsidies, etc. Depending on the existing condition of the economy, each point of injection will produce different consequences for the same aggregate amount of money, so that the monetary analysis will have to be combined with an equally detailed analysis of changing flows of commodities and services.

I found Morganstern to be a most approachable and friendly person, who happily spent time with me answering my questions about the “old Vienna days” in the years between the wars and his interactions with Wieser, Mayer, Hayek, and other Austrians. Though he had an unflattering, dark side, he was a fascinating economist having early connections with some of the brightest lights in the Austrian school.

My articlesMy books
Follow on:Twitter
Previous The Great Reversal: How America Gave Up on Free Markets
Next The Wealth Effect and the Law of Demand: A Comment on Karl-Friedrich Israel