Home / Doug French /Stocks Always Go up. Until They Don’t.

Stocks Always Go up. Until They Don’t. 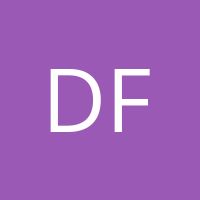 After the sharp March COVID crash, stocks have come roaring back: nevermind the pandemic, protests in the streets, shuttered businesses, and double-digit unemployment rates. In Fisher’s day the Federal Reserve was but a pup; now Chairman Powell decided to print and ask questions later, expanding his central bank’s balance sheet by $3 trillion dollars in four months, a 75 percent increase.

Now a lesser light than Fisher is repeating the eminent economist’s famous gaffe. In a MarketWatch piece entitled “We’re in a new paradigm for stocks, this analyst argues. Get ready for permanently higher valuations,” Nicholas Colas, cofounder of DataTrek Research, claims it's a whole new world because the ten-year Treasury bond is yielding a paltry 67 basis points, meaning that “A new model for assessing stocks may include higher valuations, as the old paradigm is no longer valid,” writes Andrea Riquier.

Led by Barstool Sports entrepreneur Dave Portnoy, daytrading is back in vogue to take advantage of the Powell put. “I'm trading my own money and lots of it,” Portnoy told Fox Business. “I'm having fun. As long as we're still kind of with nothing else to do, I'll keep day trading.”

“Portnoy has become the poster child of the day-trading craze,” writes Jonathan Garber for Fox Business, “livestreaming his daily trading sessions on Twitter, giving followers a glimpse into both his successes and failures as he slings positions worth hundreds of thousands of dollars.”

A few hours ago as I write, Portnoy tweeted, “A couple things to remember: Nobody has ever traded through a global pandemic. I have as much experience as the suits here. The market has no connection to reality. And stocks always go up.”

The Barstool businessman says in the video that he is “kicking the market’s ass.” In a craps reference, he says he’s been “rolling numbers for months without a seven in sight.” “Bernie Maddoff is smiling,” Portnoy rants. “Stocks only go up.”

Market pros are skeptical of Portnoy and his trading skills, to which he responds, “If these people were so smart and as good as they say, they wouldn't be spending all day tweeting at me,” Portnoy said. “They'd be on a yacht somewhere.”

The Fed is not going to hit the brakes, but could the social mood be changing? The nightly news looks like 1968. Could markets follow? In ‘68 it was the Hong Kong flu that killed seventy thousand while the stock market peaked. The Vietnam War accelerated, the National Guard killed students at Kent State, the Weather Underground formed, and the Beatles broke up. The stock market then headed down to a 1970 bottom.

Peter Atwater spoke with Dee Smith on Real Vision about the end-of-cycle phenomena of overconfidence, fraud, and an eventual recovery.

Unlike Portnoy, Atwater, when asked how long this market can keep going up, said, “ I think it can go on not nearly as long as folks expect it to. The reason for that is exactly what you just talked about, which is this decoupling of the financial markets from the economic reality around us.”

Like the folks at Elliott Wave and The Socionomist, Atwater told Dee Smith,

I believe if we act as we feel, we feel as we act, there's reflectivity to it. In many ways, we are driven by our mood and so I'm always looking for indicators in terms of behaviors: What are they saying about our sentiment, about our underlying mood? Because it's such a critical element of human behavior. I think an example today is all of this constant daily news from the media and from advertisers that the world is uncertain today. To me, the world is no more nor no less uncertain than it's ever been. What we're finding is that there was a deteriorating sentiment in terms of our perceptions of certainty. When we think the future is uncertain, we don't plan and so it has a real bearing on not only the economy but also the financial markets. I care an awful lot about how people feel.

In the wake of the Wirecard scandal in Germany and Tesla shares hitting an all-time high, Atwater addresses frauds in a bubble.

When confidence is extreme, there's no scrutiny. There's a sense—there's always a this time it's different mindset, the belief that anything is possible. It's amazing to me how regularly we are captivated by these Harold Hill-like figures who are promising enormous fortune. One of my favorite stories is about this about [?], this fake country that existed in Central America that was—the proponents were able to raise an inordinate amount of money based on nothing but hubris. We get captured by these magical stories of illusion.

Why are investors or traders too lazy to uncover frauds and do their research? “Physiologically, the brain is the largest consumer of glucose in the body,” says Atwater. “To the extent that we can minimize that and not pay attention and be lazy, Kahneman and others who create wonderful pieces about this, we will gladly fall into the environment of overconfidence.”

Atwater sees mood changing over the summer. And he doesn’t believe the media manipulates the public mood. “People talk about the media manipulating mood. I think that, again, that our relationship with media is reflexive,” Atwater explains.

Atwater is more than a little cynical about the public’s investing skills.

Yeah, I don't think markets ever reflect reality to begin with. I don't think markets are rational or irrational. I think we make decisions that are rationalized. We're constantly choosing based on our mood, and then reaching for whatever low hanging information we can find to support that. We are glad when we're happy to buy things optimistically and to sell things when we're pessimistic.

“At the top,” says Atwater, “there's this saturating sense of certainty and control and optimism ahead.”

Mr. Portnoy must be sending us a signal.

My articlesMy books
Follow on:Twitter
Previous The Problem with Government “Contact Tracing”
Next The “Old” vs. the “New” Liberalism

Will Italy get the “upside” of COVID?