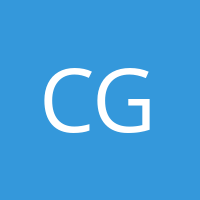 by
Claudio Grass
My articles My books
Follow on:
Summary:
Modern monetary theory, or MMT, has been getting a lot of attention lately, often celebrated as a revolutionary breakthrough. However, there is absolutely nothing new about it. The very basis of the theory, the idea that governments can finance their expenditures themselves and that therefore deficits don’t matter, actually goes back to the Polish Marxist ...

The “Old” vs. the “New” Liberalism

Stocks Always Go up. Until They Don’t.

Modern monetary theory, or MMT, has been getting a lot of attention lately, often celebrated as a revolutionary breakthrough. However, there is absolutely nothing new about it. The very basis of the theory, the idea that governments can finance their expenditures themselves and that therefore deficits don’t matter, actually goes back to the Polish Marxist economist Michael Kalecki (1899–1970).

MMT as a Centralization Tool

MMT says that the national debt means that we owe the money to ourselves, so the central bank in combination with the political branch, which gives its blessing and approval, can now together spend as much as they want without facing any consequences. In other words, we can print our way to prosperity. The only real problem according to the theory is that there is not enough money and not that resources are scarce and therefore limited.

To understand the basic idea behind this, let’s use the game Monopoly as an example. If players decide to double the amount of Monopoly money to play with, the logical outcome will be that people start to pay much higher prices for the locations on the board. Whenever more money is chasing the same amount of goods, prices will rise. Another lesson is that the bank will always win, especially when it has the power to change the rules at any time during the game.

The main cause for most of the problems of our days is the current central banking system. But how many people have ever thought about what money is or how it came into existence? How many know whether it was always used as debt security by government declaration or if it once was a property title, as it still pretends to be? Well, I can tell you that over the past decades, I haven’t met a lot of people who have really thought about these questions. At the same time, our public education system and the mass media ensure that the next generation won’t think about them either. Meaningless distractions, alternative facts, and daily doses of fear effectively crush most inquisitive instincts. It’s a process that Immanuel Kant recognized a long time ago and described in the following way:

First, these guardians make their domestic cattle stupid and carefully prevent the docile creatures from taking a single step without the leading strings to which they have fastened them. Then, they show them the danger that would threaten them if they should try to walk by themselves. Now this danger is really not very great; after stumbling a few times they would, at last, learn to walk. However, examples of such failures intimidate and generally discourage all further attempts.

With MMT, a massive shift in terms of centralization of power will take place. Drastic changes in our current system would be possible, with a massive push away from the private sector and from individual freedom toward more government control. This is extremely dangerous. History is our witness that centralization in the hands of government, particularly when coming from a so-called morally superior ideology, never has a good outcome for the people. State officials, institutional actors, and those closest to the top of the power pyramid were the only ones who ever benefited from such systems.

MMT essentially gives carte blanche to such interest groups to boost government spending to astronomical levels. At the same time, it allows for a government-enforced massive redistribution of wealth and a gigantic misallocation of capital within a very short period of time.

In the next few years, the biggest growth potential anywhere in the market, besides the military-industrial complex, will be found in everything that is related to climate change. You can be sure that governments will just print massive amounts of money and flood this sector with it, where you will find a tremendous number of formal politicians and bureaucrats creating artificial and well-paid government-sponsored jobs. The European Union alone wants to spend €1 trillion on this new sector by 2030. If Trump loses the next election, Americans can be sure that MMT will finance the same moves over there, too, most likely with the “Green New Deal.”

Let me quote Joan Robinson, who used to be a friend of Kalecki, MMT’s inspirer, during his days at Cambridge University. She summarized his theory as follows: “the workers spend what they earn and the capitalists earn what they spend.” Interesting, isn’t it? This is how the original Marxist thinkers defined capitalism. You might have understood that in their eyes the individual is the worker and when everything is under government control, the politicians and bureaucrats become the real capitalists. This is exactly the opposite of my understanding of capitalism, which is only possible in a free and decentralized society. Of course, it is important to understand that the term “capitalism” has been purposefully misdefined and hijacked from the beginning by Marxist thinkers.

MMT also conveniently facilitates other dangerous policies and ideas that had thus far seemed unrealistic, such as universal basic income and “helicopter money,” which have been particularly propagated by government-sponsored economists for the past few years. It sounds pretty cool that people will not have to work to make a living—they can lay back and enjoy money for free provided by the government. But as we all know every coin has two sides, and to me as a fan of history, and monetary history in particular, an old saying comes to mind: “gold is the money of kings, silver is the money of the bourgeoisie, barter is the money of peasants—and debt is the money of slaves.”

It would seem that the only thing history actually teaches us is that we learn nothing from it. Nevertheless, there is hope due to the decentralized and open-source internet and the increasing connectivity of and access to knowledge—these ensure the competition of ideas, the emergence and evolution of different schools of thought, and the means for millions of people to learn about the world and become conscious individuals with their own opinions. In addition to that, our financial system is also being challenged and pushed in a more positive and healthy direction as hard assets, block chain applications, and cryptocurrencies lay the foundation for a decentralized approach in which financial sovereignty is key and privacy is respected.

For now, however, we still live in a two-class society, divided between those who have to pay taxes and those who live off them. As you can imagine, the abovementioned changes and shifts are not welcomed by government and its servants. They see a return to a culture of public debate, based on respect and on the premise that we can “agree to disagree,” with the humble understanding that no one knows the truth, as a threat. Therefore they enforce a deindustrialization agenda in combination with mass migration, using the climate hoax as an excuse to speed up a cultural suicide. They prefer to have a monoculture and are against the amazing beauty that lies in complexity, in different cultures, in different regions, with different languages and beliefs. By splicing them all together, they destroy all of them at once.

At the end of the day, what MMT, the Green New Deal, quantitative easing (QE), negative interest rate policy (NIRP), helicopter money, or any other sort of government promise or intervention have in common is that they are all collectivistic by definition, aimed against the individual and based on the crazy findings of the “Economic School of Zimbabwe”—where everyone became a trillionaire. Henry Hazlitt described it best, in his “Marxism in One Minute“:

The whole gospel of Karl Marx can be summed up in a single sentence: Hate the man who is better off than you are. Never under any circumstances admit that his success may be due to his own efforts, to the productive contribution he has made to the whole community. Always attribute his success to the exploitation, the cheating, the more or less open robbery of others.

Never under any circumstances admit that your own failure may be owing to your own weakness, or that the failure of anyone else may be due to his own defects—his laziness, incompetence, improvidence or stupidity. Never believe in the honesty or disinterestedness of anyone who disagrees with you.

This basic hatred is the heart of Marxism. This is its animating force.

My articlesMy books
Follow on:
Previous The Coronavirus Won’t Be the Cause of the Next Bust, but It Will Make It Worse
Next Socialist Destructionism