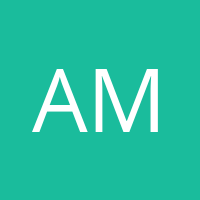 by
Andrew Moran
My articles My books
Follow on:
Summary:
The infrastructure zealots and the Green New Deal (GND) acolytes have returned at the tail end of the coronavirus pandemic. The Republicans are championing investments in roads and highways, while the Democrats are advancing Rep. Alexandria Ocasio-Cortez’s (D-NY) grand utopian green vision. One side is falling back on this decades-old myth that America’s bridges are ...

The infrastructure zealots and the Green New Deal (GND) acolytes have returned at the tail end of the coronavirus pandemic. The Republicans are championing investments in roads and highways, while the Democrats are advancing Rep. Alexandria Ocasio-Cortez’s (D-NY) grand utopian green vision. One side is falling back on this decades-old myth that America’s bridges are crumbling, while the other is willing to sacrifice the nation’s health to please the few petulant and puerile progressives. Everyone must refrain from questioning the economic logic, constitutional structure, and the waste associated with spending enormous sums of taxpayer dollars on either sewer systems or the Left’s dystopian vision.

Infrastructure back in the Spotlight

Infrastructure spending has returned to the headlines. Since moving into 1600 Pennsylvania Avenue, President Donald Trump has repeatedly promised to spend $1 trillion to fix the nation’s supposed crumbling infrastructure, from highways to roads to water. The White House had kept its plan on the back burner, seemingly waiting to reveal the card when it was necessary. It turns out that the administration now thinks it is critical to go through with a costly endeavor to stimulate the economy.

President Trump and his team are working on the specifics of an ambitious plan. Republicans are reportedly nervous about the federal government spending another $1 trillion. Democrats are not only willing to spend more than the president’s recommendation, but they also have put together legislation known as the “Moving Forward Act.”

The $1.5 trillion proposal includes a wide range of goodies that sound benign on the surface. It consists of $25 billion for drinking water, $100 billion for low-income schools, $100 billion for public housing, $25 billion for hospital upgrades, and $25 billion for the postal service. Who does not want clean water or updated hospitals? But the legislation will inevitably consist of pork that would satisfy the appetites of Swamp creatures. Like any other type of legislative push, a benevolent proposal degenerates into transferring wealth from the poor and middle class to the well connected, feeding the Swamp creatures with tax dollars.

The Republicans are pushing back on a myriad of ideas, including tax incentives for using new green technology and encouraging ecofriendly manufacturing of automobiles and businesses. The GOP is also outraged by the language that mandates states to consider climate change before approving projects and to meet greenhouse gas emission goals when receiving federal money.

If you are concerned about the cost, you should not worry. Democrats say it will be paid for with bonds—as if the $101 trillion market were not already drowning in domestic and foreign debt. Rep. Peter DeFazio (D-OR), the Transportation and Infrastructure Committee chairman, dismissed Republicans’ concerns:

Those who don’t believe in climate change, tough luck. We’re going to deal with it. Republicans have been a bit critical at points during the mark up and saying this is Green New Deal 2.0. This is the application of the principles of the Green New Deal. And this proves that we can both deal with climate change, fossil fuel pollution and actually create millions of new high-paying American jobs. That is the promise of this legislation.

Because of this attitude, Republicans have nicknamed the legislation the “my way or the highway bill.”

The Threat of Political Compromise

The biggest gripe among Republicans is the price tag for the Democrats’ proposal. But where were they when they were approving multitrillion-dollar stimulus and relief packages in the fallout of the coronavirus pandemic? Where were they in recent years when the federal government was racking up debt? Anytime the GOP starts flailing its arms over the cost of public policies, it is hard to take the grievances seriously. The elephants talk a good game when they are the opposition. Once they are holding the keys to the kingdom, fiscal conservatism becomes a relic of a bygone era, and the political philosophy’s fossilized carcass is only put on display when it is convenient.

This is not to say the Democrats are any better. They are taking advantage of Uncle Sam’s intoxication to spend like drunken sailors amid a public health crisis. Speaker Nancy Pelosi (D-CA) recently told reporters that the process began by meeting the country’s emergency needs and then moving to mitigation. Now, according to Pelosi, “We still have to do some of those things and now move on to recovery.” The Democrats are planting the seeds to implement the Green New Deal should they reclaim control of the executive and legislative branches in November.

In the meantime, both sides will reach some compromise that further hinders the nation’s budget and concedes to the Left’s wild GND scheme. If somebody talks of bipartisanship, hold on to your wallet!

Many experts have mused on the pressing need for infrastructure investment, poetically alluding to the crumbling bridges and the dilapidated roads. David Stockman, former budget director under President Ronald Reagan, recently averred this myth and would have you believe that “motorists all across America are at risk for plunging into the drink at any time owing to defective bridges.” It is 1982 all over again, and the Republicans are calling plays from the same infrastructure playbook.

Let’s concede that households are being poisoned by water and vehicles are falling into the planet’s core. Much of the nation’s infrastructure is handled at the state and local level. Whether it is sewer systems or sidewalks, the federal government has no business intervening in the affairs of New York City or Oklahoma. It is up to those policymakers to consider their funding mechanisms to cover the cost of remodeling a hospital or upgrading a water system.

Now, let’s say that the federal government should supersede states’ rights and cover the tab. How is Washington going to pay the bill? Both parties are considering bonds, but if the Treasury Department has already issued record amounts of notes and T-bills, will there be that much demand for even more? It is a chaotic market, so anything is possible. Plus, when in doubt, the Federal Reserve can always swoop in and start buying any amount of debt.

The Bridges of Madison County

Politicians’ calls for higher infrastructure spending or the installation of the Green New Deal should make you want to go live under one of those decaying bridges or in an old van down by the polluted river. It is a frightening prospect when the two subjects merge, because one concept is about spending money for the sake of spending money and the other is about centrally planning society to fit the teachings in the book of Al Gore. Aside from a couple of independent-minded politicians, most of Washington’s elite will agree on a bill that appeases the Swamp’s souls. One side has read The Bridges of Madison County too many times, while the other has listened to far too many Greta Thunberg reprimands. If these are the opposing philosophies running the land of the free, then be prepared to be shackled by the chains of insolvency and incompetence, for that is what the GND and trillion-dollar infrastructure spending will achieve.

My articlesMy books
Follow on:
Previous After the Lockdowns, Government “Fixes” for the Economy Will Make Things Even Worse
Next How the Monopoly Power of Police Agencies Encourages Abuse

Idaho “Spring Cleaning” Order a Model for Other States